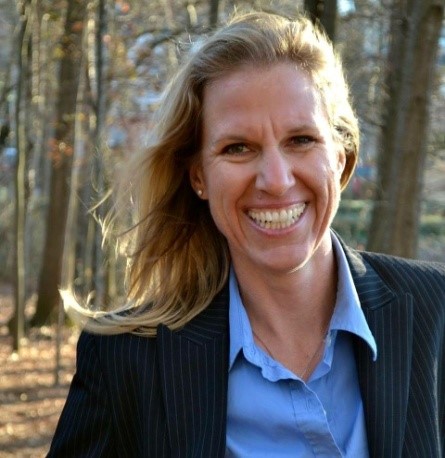 Have You Joined Yet?

Today’s Guest Post is brought to us by Meike Babel.

Meike is a former world-class tennis player, reaching a career high of #27 in singles and #45 in doubles in 1995 on the WTA tour. She played in 19 Grand Slams and represented her native country, Germany, in Fed Cup competition. After retiring from the pro tour, Meike was the assistant coach for women’s tennis at Tulane University and Vanderbilt University where she graduated with a degree in Human and Organizational Development. She received further training from Human Performance Institute founded by Dr. Jim Loehr and Duke University and currently works as mental skills coach with individual athletes from different sports. She is also serving as USTA Regional and Sectional Camps mental skills coach.

Meike has extensive experience coaching junior, collegiate and adult players of all levels. She can be reached at meike.babel@gmail.com or through her website here.

“But we’re investing so much money, we really need to see a return on our investment!”.

I can’t tell you how many times I have heard the above or variations thereof from parents of kids 14 and under. And I don’t know how many times their daughter or son stands right next to them cringing and wishing they were somewhere else.

My standard answer is “Well, if you’re looking for ROI you need to play the Wallstreet game. My focus is to teach your daughter/ son skills for a complete game, not just groundies that let them win matches now”. Most likely the above exchange happens after we work on volleys, slices or drop shots and equally “unnecessary” techniques. After all, the top players, male or female, for the most part stay back and dominate with a powerful baseline game. So how dare I waste their money by teaching “trick” shots!?

Yes, I get it: parents pay a lot of money for lessons, travel, equipment and goodness knows what else on the hunt for a college scholarship. In many cases actually more than the total tuition costs for a very good college!
But what I also know is that the kids who are highly ranked in the 10s and 12s are rarely still ranked as high when they’re 18.

Winning matches at a very young age doesn’t count for a lot. In my mind, it is way more important to develop the athletic, tactical and technical skills that form a complete game. Don’t believe me? Well, let’s hear from one of the current top players.

Of course, it is very frustrating for younger players who work on a versatile game to lose against kids who just keep the ball in play. Developmentally, a 10-year-old will most likely not comprehend what you mean by “don’t worry, work on your skills and the winning will happen later.” As in 4 or 5 years later.

Want to know why I know how difficult that is? Because my dad reminded me of this almost every single day when I was a 12-year-old losing to girls who “only” had a forehand and a backhand. Whereas they never missed, I struggled with making the right decision on when to hit a slice, a drive or heavy topspin on my backhand (I had also just switched to a one hander a year before). I experimented with playing serve and volley, which, barely being able to look over the net is not the greatest idea. It was just fun though to play volleys–if I ever got to them that is. Needless to say, it just takes more time to solidify technique when you work on a multitude of strokes. And you lose a LOT in the meantime. You question why you work on so many different things when everybody else just works on their 2 groundstrokes. Thankfully, I had my dad having my long-term development in mind and not the short-lived successes.

I didn’t even qualify for the German National Championships until I was 14 and then only in doubles. The first time I went to play singles, I lost in the 1st round in both main and back draw. I also almost got disqualified because I nearly missed my 3rd call for my match. Playing soccer with a bunch of random kids in the school yard next door apparently was more important to me than getting ready for a tennis match.

But then at age 15 something funny happened: I started to put good technique and smart decisions together and within a year I leap-frogged every single girl my age in Germany. I won my first national title when I was 16 and a pair of ITF challengers in the same year. I turned pro when I was 17 and there were was no shortage of Debbie Downers telling me that I was “way” too old in the age of Jennifer Capriati and Martina Hingis who pretty much won majors when they were 15!

But the same thing happened again, it took me 1 or 2 years to develop my game and, of course, I got my butt handed to me pretty badly in those years. But again, things started to click and I do look back at a pretty good career for someone who was told “that she’ll never get very good”.

There are so many reasons why early wins don’t really matter. Just a few:
Every kid develops differently. Coco Gauff has the maturity to train and compete like someone much older than her. If your child is not world-class at 15 yet, it’s ok!

Ashley Barty realized after winning Junior Wimbledon that she wasn’t ready to travel fulltime and face the pressures of the senior tour and took an 18-month break. My personal thanks to Ashley Barty for coming back to tennis. She proves that slicing and volleying is not dead in women’s tennis and you can be #1 with finesse rather than just sheer power!

I see juniors traveling more at age 13 than I ever did until I turned pro. Burn-out is a real thing and we’re losing way too many kids too soon.
I still don’t believe that training 6 hours a day at age 10 is healthy. Too many kids have big injuries younger and younger. Go play another sport and develop balance, agility, speed etc. in a non-tennis specific form and enjoy the camaraderie of a team sport. Life will get lonely enough very quickly when you compete at a high level.

As college coaches, we love “late” bloomers because they will show up excited to play another 4 years of tennis. Many kids are mentally done the second they sign the much-coveted scholarship papers. After all, they have now reached their goal (oh wait, or was it their parents’ goal?).

So, go out there and work on a variety of techniques, allow your body to develop athletically in more than just one sport (just don’t get disqualified from a tennis match because your coaches have to drag you away from a friendly game of soccer). And remember: Build your skills, the winning will happen later!

Editor’s Note: Today, our Girls 18s National Hardcourts Doubles Champions take the court for their first round match at the US Open. Abigail Forbes (who is headed to UCLA this Fall) and Alexa Noel will face Viktorija Golubic (Switzerland) and Sara Sorribes Tormo (Spain). They are the 4th match on Court 12 later this afternoon.

And since the thrust of Meike’s article is about the importance (or non-importance) of winning at an early age, I thought I would share 15-year-old Coco Gauff’s press conference after last night’s US Open 1st Round win over 18-year-old Anastasia Potopova with all of you. Thank you to Turhan Berne for the photo of Coco at age 12 above. Enjoy: