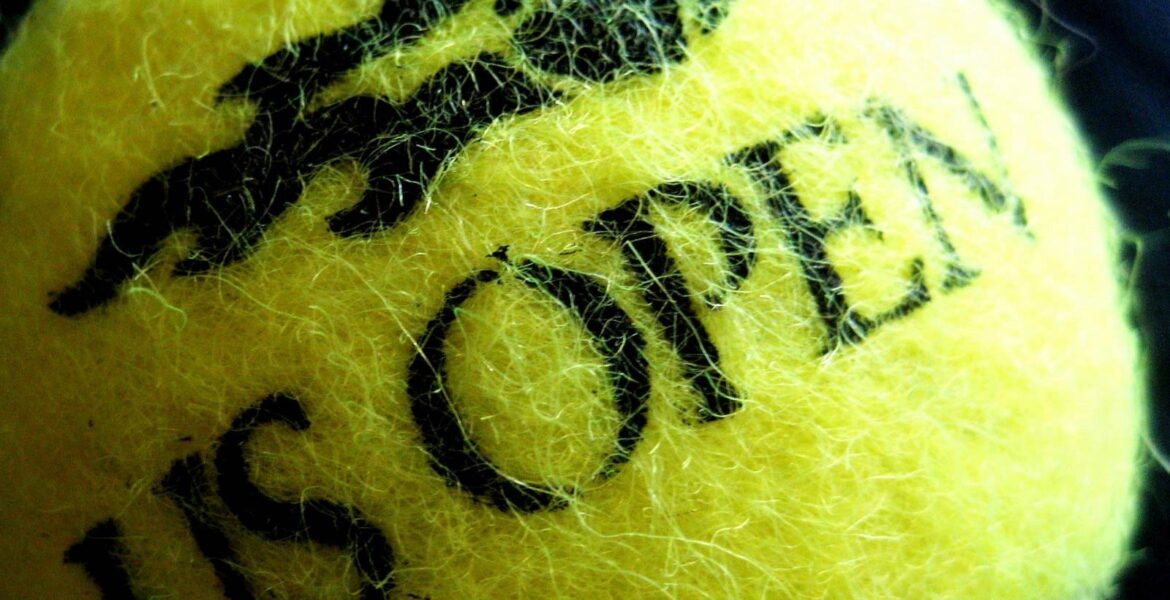 It was a rough, very hot, day for the former college players at the US Open. There were 7 on yesterday’s schedule and only 2 of them – former Tennessee Vol Tennys Sandgren and former Ohio State Buckeye (and Oracle Grant Recipient) Francesca DiLorenzo – are moving into Round 2.

The reported heat index was over 100 degrees. As I watched several of the matches on ESPN3 and ESPN+, it was obvious the heat and high humidity levels were affecting many of the players, even the ones who pulled out their matches. Of course, there was a bunch of chatter on social media comparing the heat in Flushing Meadows to that in Melbourne during the Australian Open, but most were in agreement that there’s something about the thick air at the Billie Jean National Tennis Center that can just do you in. Thankfully, the tournament implemented a heat policy yesterday, giving the men a 10-minute break between Sets 3 and 4:

Upon the recommendation of the US Open medical team, the Extreme Heat Policy will be implemented immediately for Men’s matches. The men will be offered a 10-minute break between the third and fourth set.

The Tournament Referee, along with the medical team, will continue to monitor on-site conditions, to determine when the Extreme Heat Policy will no longer be in effect.

In all, 6 men’s matches ended in a retirement yesterday, including Mikhail Youzhney’s who had announced during last month’s BB&T Atlanta Open that this would be his last tournament. It’s a sad way to end such a long career, but we saw the same thing Monday night when David Ferrer had to retire in his final Grand Slam match versus Rafa Nadal. I will miss watching both of these fighters on the court and wish them all the best as they move into the next phase of their lives.

Back to the college players, here’s who played yesterday along with their results:

There will be even more former college players, as well as some junior players, on the schedule today as the Doubles begin. Keep an eye out for San Diego Doubles Champions Katy McNally and Whitney Osuigwe on Court 7 at 11am and Kalamazoo Doubles Champions Patrick Kypson and DJ Thomas second up on Court 11.

Kalamazoo Boys 18 Champion Jenson Brooksby played his first US Open Main Draw match yesterday versus Australia’s John Millman. Brooksby earned the wildcard into the event by virtue of winning Kalamazoo earlier in the month. Unfortunately, he was unable to win even a single set on Court 6 against his more-experienced opponent, losing 6-4 6-2 6-0. This, in addition to San Diego Girls 18 Champion Whitney Osuigwe’s 6-4 6-1 loss to  Camila Giorgi on Monday, has sparked a debate over whether awarding a Main Draw Wildcard to the National Hardcourt Winner makes sense. Barry Buss posed the question and former Chair of USTA Player Development Patrick McEnroe agreed saying, “I think the time has come. I agree. Qualifying wild card much more appropriate now for boys.”

Zootennis’s Colette Lewis feels strongly about keeping the wildcards for the National Champs, and I agree. As she points out, “[Jack] Sock and [Dennis] Novikov both won matches in 2011 and 2012. Perhaps [Frances] Tiafoe was able to win his match today due to getting a chance to play main draw in 2015.” My thought is there are very few incentives for top juniors to continue playing our US junior tournaments. Just look at the Kalamazoo and San Diego past champions – we want our top kids to keep playing these tourneys! It’s good for them and good for those coming up behind them. I would love to hear your thoughts in the Comments section!

Speaking of junior tennis, this week’s podcast is all about how to survive the journey on a budget. I chatted with parent Will Segraves and coach Mike Belangia about ways around spending a fortune to develop a top player. You can find the podcast here.

I will be traveling to New York early tomorrow morning, so look for my Day 4 piece some time later in the day/evening. Looking forward to speaking at the WTCA Conference on Friday then spending the next several days watching some amazing tennis!