It’s Finals Day at the US Open 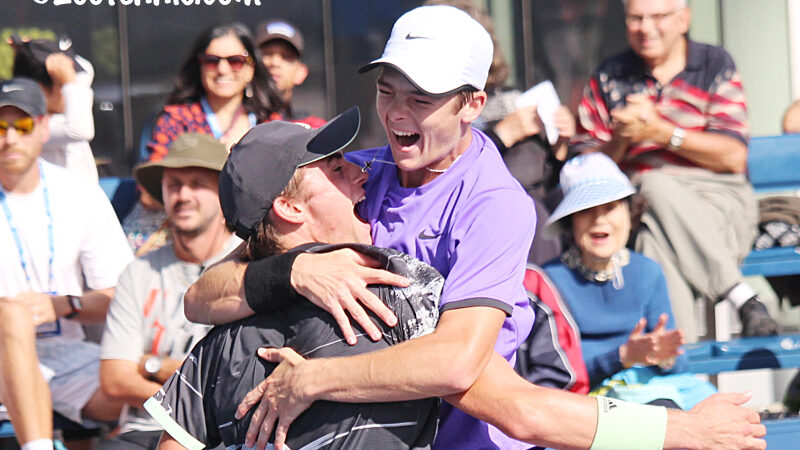 After 5 days of watching some incredible tennis, interviewing players and coaches, and spending time with some of the best minds in our sport, things are winding down. This afternoon, both the Boys and Girls will play their Singles Finals matches alongside the Girls Doubles Finals which was postponed from yesterday (one of the girls had to play both the QFs and SFs in Singles yesterday). Oh, and there are a couple of big pro matches happening, too, in addition to the Wheelchair and Wheelchair Quad Finals. It’s a big day of tennis!

Yesterday proved to be even more hectic than anticipated with the Juniors playing two rounds of Singles, and the boys also playing their Doubles Final. As always, Colette has the play-by-play match breakdowns in today’s ZooTennis article. I’m so glad they got all the matches in, but it meant missed opportunities for me to interview the players who won their QF match but went on to lose in the Semis as no one wanted to put the players through interviews when they had a second match to prepare to play.

However, when UGA Freshman Tyler Zink and his partner, Eliot Spizzirri, won the Boys Doubles Title – thank you to ZooTennis for the fabulous photo of Tyler and Eliot clinching the match – I was able to sit in on their press conference which you can listen to below. I also captured their Championship Point:

Given that today is my last day in New York, I am hoping to squeeze in as much tennis and as many interviews as possible. Once I have everything uploaded (later this week), all the video interviews from the US Open will be available on the ParentingAces YouTube Channel.