Preparing for Next Year 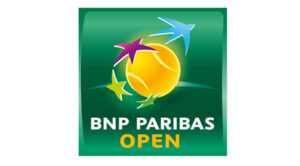 Does your junior player want to be close to the action at Indian Wells this March? The BNP Paribas Open is now accepting applications for ball kids. It’s a pretty cool gig – click here to listen to what US Open ball kid Palmer Clare had to say about his experience earlier this year! Please see the press release below for details. Hope to see you there!

The BNP Paribas Open, the largest WTA and ATP World Tour combined two-week event in the world, to be held March 9-22, 2015 at the Indian Wells Tennis Garden, is recruiting ball kids and volunteers for the 2015 event.

Kids ages 12-20 are eligible to try-out to become ball kids for the prestigious event. Those interested can complete the online ball kid application, download the training manual and successfully pass an assessment test (log-in information will be sent upon receipt of your completed ball kid application). Ball kids also need to  attend and complete four training sessions (January 24-February 22), and work a minimum of five sessions, which will include two day sessions before end of play Monday, March 16.

Ball kids are used for over 300 qualifying and main draw matches, and receive benefits such as an official Fila uniform, autograph sessions with WTA and ATP World Tour players, an official BNP Paribas Open certificate of participation, and a party during the final weekend. For more information, visit http://www.bnpparibasopen.com/en/get-involved/ball-kids.

Also, more than 1,200 volunteers are used to staff numerous positions throughout the tournament, with ushers being the largest committee to provide directions and check tickets for fans on all nine match courts including the new Stadium 2. Volunteers receive great benefits including an official Fila uniform, a guest credential, a complimentary program and much more. For more information, visit http://www.bnpparibasopen.com/en/get-involved/volunteer.

About the BNP Paribas Open

The BNP Paribas Open is the largest ATP World Tour and WTA combined two-week event in the world, and is held annually at the Indian Wells Tennis Garden. The site has undergone a significant expansion that includes a new permanent Stadium 2 with 8,000 seats and three restaurants, including world-renowned Nobu; four more practice courts, an additional 19,000 square foot shade structure, and more. The tournament offers more than $10 million in prize money, and is the only event to provide the Hawkeye line challenge system on all match courts, including qualifying rounds. In 2014, more than 431,000 people attended the event. For more information or to purchase tickets visit www.bnpparibasopen.com, call 800-999-1585 or the Indian Wells Tennis Garden box office at 78-200 Miles Avenue, Indian Wells, CA, 92210.

BNP Paribas (www.bnpparibas.com) has a presence in nearly 80 countries with 190,000 employees, including 145,000 in Europe. It ranks highly in its three core activities: Retail Banking, Investment Solutions and Corporate & Investment Banking. In Europe, the Group has four domestic markets (Belgium, France, Italy and Luxembourg) and BNP Paribas Personal Finance is the leader in consumer lending. BNP Paribas is rolling out its integrated retail banking model across Mediterranean basin countries, in Turkey, in Eastern Europe and a large network, Bank of the West, in the western part of the United States. In its Corporate & Investment Banking and Investment Solutions activities, BNP Paribas also enjoys top positions in Europe, a strong presence in the Americas and solid and fast-growing businesses in Asia-Pacific.