Wrap-Up of Week 5 of the SoCal Pro Circuit 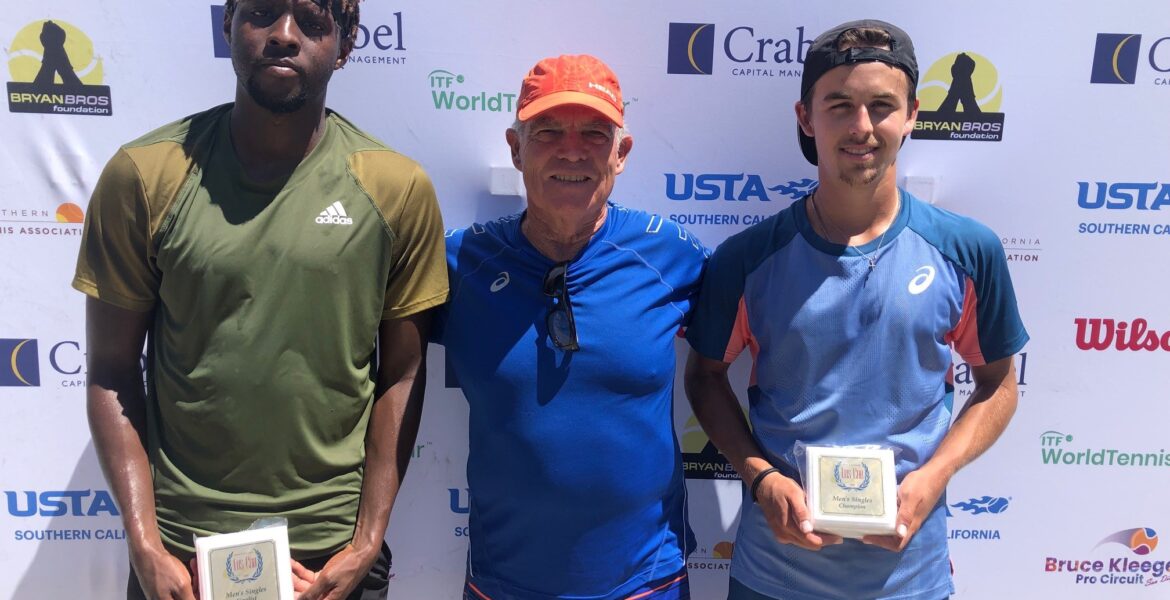 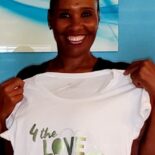 4 the Love of the Game ft. Shelia Townsend

I had a chance to get out to some matches this past week at Los Caballeros Sports Village (where I’ve also played some league tennis matches over the past couple of years) and ran into some old friends as usually happens at these events. As I walked up to the courts, former UCLA Bruin, Gage Brymer, was putting the finishing touches on his victory over former UVA Cav, Michael Shabaz, and Kelly Jones (former Furman Men’s Tennis coach) was there watching after seeing his daughter Makenna (UNC) complete her singles victory earlier in the day. Later on, coach Ken Giavara arrived with his player/niece, Haley (Cal), and I watched her play her first round singles match against Veronica Miroshnichenko (LMU). There to cheer on Veronica was a long-time virtual friend of mine, coach Susan Nardi, who I finally got to meet in person – what a treat!

I’m hoping to get out to the Lakewood Country Club for the final tournament in the series. Please come say hello if you’re there, too!

It was the second straight SoCal Pro Circuit title for the 19-year-old Svajda of Hermosa Beach as he also won five matches last week at the Jack Kramer Club beating top-seeded Brandon Holt in the final. One of the top American juniors the past few years, the two-time Kalamazoo USTA Boys’ Hardcourts 18s winner Svajda will now take a week off before heading out to Lexington, Ky., and other Challengers seeking to win enough points in the upcoming US Open Wild Card Challenge being put on by the USTA.

Playing in her fifth consecutive SoCal Pro Circuit event in six weeks, 18-year-old Ya Yi Yang from Chinese Taipei put it all together this week impressing opponents and Fountain Valley fans with her aggressive power game winning both the singles and doubles titles. The No. 4-seeded Yang beat Week 3 women’s SoCal Pro Circuit winner and qualifier Makenna Jones for the second straight week eliminating the former University of North Carolina star Sunday, 6-2, 6-2, after beating her 6-4 in the third set in the first round last week at the Jack Kramer Club.

The final of the six SoCal Pro Circuit stops – $15,000 ITF World Tour Futures-level events being put on by the USTA SoCal Section – began with qualifying 25 miles north up the 405 Freeway on Sunday at the Lakewood Tennis Center.

“Wow, 10 in a row,” said Svajda, who like his opponent Bangoura dropped the opening set of his semifinal before coming back to win. “It all started last week, and I just started playing better every match. Just a little better. Now, the goal is to go up to the Challenger level and hopefully get into qualifying at the US Open.”

The match was tight in the first set as both players were on serve at 4-3 when Svajda finally got the break he needed and served out the first set with an emphatic ace down the “T” on set point.

Longtime Pro Circuit veteran Bangoura, 30, of Bradenton, Fla., said he beat Svajda in their only other career meeting in Florida when Svajda started playing ITF Pro Futures events at the age of 15.

Bangoura reached a career-high No. 213 in 2016 but is currently just inside the world top 600. He has won 10 singles titles and 21 doubles titles on the ITF Futures Tour, and has career wins over noted current or former top 50 players like Americans Tommy Paul, Reilly Opelka, Tennys Sandgren and Mackenzie McDonald. Bangoura also owns impressive wins over current ATP stars like Denis Shapovalov, Felix Auger-Aliassime and a young Stefanos Tsitsipas when they were teenagers.

“He was just too good. He was solid,” Bangoura said. “I just wasn’t patient today. I wanted to play a faster-paced match.”

The 24-year-old former NCAA doubles champion Jones ran into a buzz-saw in Yang, but the match was actually much closer than the score indicated as the players battled on several long deuce games. The top seed in qualifying the past two weeks, Jones will get into Lakewood for her sixth straight week in SoCal on her improved ranking of No. 964 in the world.

Jones has a record of 19-5 in SoCal this summer while Yang is 19-4 heading into the final week of the circuit.

On Saturday, Hind Abdelouahid from NorCal and Yang won the doubles title as the top-seeded team beat No. 2. Jiangxue Han of China and Dabin Kim of Korea, 7-5, 2-6, 10-6. Ethan Quinn and Daniel Vallejo of Paraguay won the doubles for the second straight week as the unseeded team downed No. 1 Abraham Asaba of Ghana and Bangoura, 6-0, 3-6, 10-8.

To learn more about the SoCal Pro Circuit, go to www.ustasocal.com/procircuit;