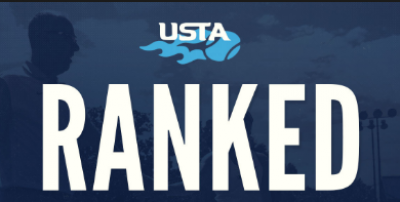 USTA has been using the Points Per Round (PPR) ranking system for many years, and, for the most part, it works relatively well. At the beginning of each year (theoretically!), both the sections and USTA National publish the PPR tables and the lists of which tournaments count at which level, juniors play tournaments and earn their ranking points based on how far they advance in the event, and the ranking lists are updated online pretty much every week. Juniors enter tournaments knowing exactly how many ranking points are available based on their results.

Sometimes, though, things go wrong, and the error can have a ripple effect. That’s exactly what happened this summer in the Midwest Section.

Let me provide some background information first. The Midwest section, like the other USTA sections, publishes its PPR tables each year. For 2018, you can find the table here: Midwest PPR Table. As you can see, there are some tournaments that specifically state they will not award National Points. Three of those events are the May 26-28 Midwest Level 3 Memorial Day Weekend, the June 30-July 1 Midwest Level 3, and the September 1-3 Midwest Level 3.

Due to an error at the USTA National Office, National Points were awarded to players in both the singles and doubles divisions of these tournaments. A parent in the Midwest section noticed the error and brought it to the attention of the section’s head of junior competition who then immediately reached out to the National office to correct it. However, the National Points remained on the players’ records throughout the summer. The same parent reached out to the National office repeatedly to report the error. Unfortunately, the parent’s emails went unanswered until this past week, and the National Ranking Lists were not updated before selections were made for the upcoming National L2 events.

Some of the players in the Memorial Weekend event have been carrying 250+ National points since May and have subsequently gotten into the summer National tournaments ahead of other players. Some of these players have also received seeding ahead of players due to the error.

I got involved last Monday (September 17) when the Midwest parent emailed me to share what had happened. I reached out to both the section and the national Junior Comp folks to gain more insight. After speaking with Chad Doktor in the Midwest office, it became clear that the error was at the National level. Chad explained to me that at the beginning of the year each section gives National its list of the sectional events that count for National points for singles and doubles. Chad’s office did just that.

I then emailed Lew Brewer in the National office to ask if he had any idea what happened to cause the mixup in the first place. He quickly replied that they do know the source of the issue, which is why they were able to fix it. Lew went on to explain that errors in the ranking program are extremely rare. There are thousands of matches and hundreds of tournaments being calculated each week for the National Standings List. Lew’s assistant confirmed by sharing that updating and including tournaments for the National Rankings is a manual process, and it can be sometimes difficult to manage the 17 sections and National tournaments. I have to admit I was a bit surprised to learn the process is still being handled manually as opposed to the National office pulling data directly from the tournament websites. It seems that in 2018, USTA would have the technology available so these types of mistakes would be all but eliminated, but that is not the case.

My follow-up question was: Are the players who were inadvertently kept out of the national events due to the error being notified or granted any type of special exemption into future events? Lew responded that the question of who might have not been selected for subsequent events based on the error is murky. It’s definitely not as simple as one player got in and one player did not. There were many thousands of entries for the tournaments in question. And since there are multiple locations for the October National L2 events, it’s difficult to determine who might have gained entry solely due to the PPR errors in the summer tournaments. However, they are aware of the issue and have now made the necessary corrections which are reflected in this week’s National Standing List.

In other words, the players who followed the rules and continued to spend the time and the money playing the necessary Sectional events to earn entry into the higher-level National tournaments are being “punished” for a clerical error in the National office. These kids work hard and compete hard to earn points. Parents spend a lot of money and time helping their children compete. There are a lot of families that travel to play in National tournaments around the country. Playing summer tournaments helps them gain entry into the Fall/Winter tournaments that are usually harder to get into due to small draw size. It’s incredibly unfair to these families, especially those who are in their college recruiting years. It seems National doesn’t want to go back and fix the error because it might inconvenience families who already made travel plans for the October L2s based on an erroneous ranking for their player.

Please understand that this error could have a tremendous trickle-down effect. The players who were mistakenly awarded the National Ranking Points now have the opportunity to play in higher-level tournaments and earn even more National Ranking Points, boosting not only their USTA ranking but also their TRN Star Rating and their UTR. At the same time, the players who were denied entry into the higher-level events – because they were out-ranked due to the error – are also being denied the opportunity to earn additional ranking points which could potentially boost their ranking and ratings. Additionally, they are potentially being denied the chance to be seen by college coaches at these National tournaments. It’s a real shame and something which USTA seems to be unable or unwilling to remedy.

The Onus is on YOU!

The reason I’m sharing all of this with you is to remind you that the onus is on the players and parents to make sure the ranking points awarded after each tournament are accurate. This particular series of events occurred in the Midwest Section, but there could be similar issues happening in other sections, too. I urge you to take a close look at your child’s sectional and national ranking to be sure he/she has been awarded the appropriate points for each tournament. If you don’t understand how to do that, please reach out to your sectional head of junior competition (see the list here) or to me for assistance.

As Lew Brewer stated in his email to me, players and parents should be diligent about checking player records and ranking points. Chad Doktor reinforced that idea saying, “At least one parent needs to be the expert and take ownership of rankings and tournaments.” That said, even if there is an error, this incident does not give me much hope that it will be rectified in a timely or satisfactory manner. However, we have to hope USTA National is learning from this and will make some much-needed changes to its ranking point entry methods.