Refusing to Lose with Tami Matheny 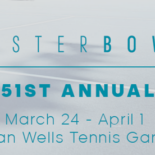 Click the white arrow below to listen to this week’s podcast:

Tami Matheny became a Mental Game Coach in 2008 and started Refuse2LoseCoaching, LLC.  She knows the role the intangibles play in career success and longevity and has had experience with working on the mental skills at the collegiate level with tennis, basketball, softball, baseball, volleyball, golf, field hockey, cross country and soccer student-athletes.

Tami believes that while it’s important to work on the physical and technical aspects of sport, the mental side is just as important; mental skills are often the differentiating factor for the most successful athletes. Tami understands that talent can not always overcome a lack of confidence or mental toughness, but a high level of confidence and mental toughness can often overcome a lack of talent. She enjoys interacting and working hands on with coaches, athletes, and teams to make a difference.

In addition to working with student-athletes and teams, Tami has written The Confident Athlete: 4 Easy Steps to Build and Maintain Confidence in hopes of providing a easy but productive way for athletes to take control of their confidence.  Tami also has spoken at various businesses, Rotary Clubs, churches.  She has also presented at Dan Tudor’s Recruiting Conference.

In addition to Mental Game Coaching, Tami Matheny was one of the most successful tennis coaches in USC Upstate tennis history.  Working physically and mentally with the men and women’s teams to produce nationally ranked teams, conference champions, and numerous individual awards.

Thank you to STØNE for our music! You can find more of his original creations at SoundCloud.com/stonemuzic