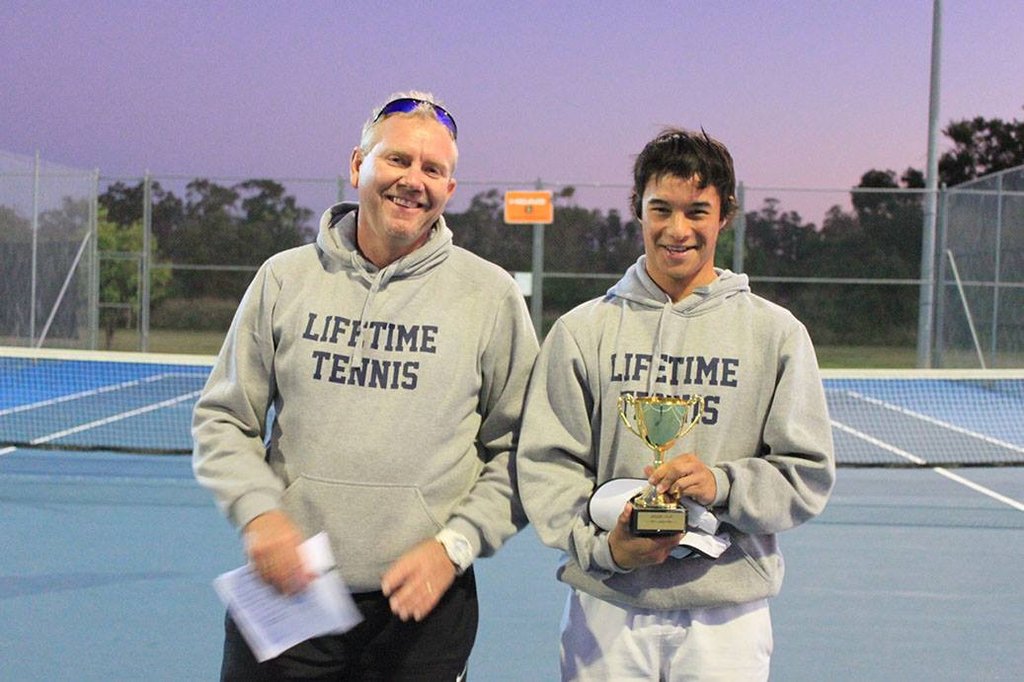 The following article was written by Graeme Brimblecombe and is reprinted with permission from LifeTime Tennis of Australia’s website (you can find the original article here). I found it incredibly detailed and enlightening in regards to how junior players should be spending their on-court time and how we parents should be spending our training dollars. I hope you feel the same way. Enjoy!

Over the past year there has been a significant spike in parents and players wanting more and more private lessons and after talking to parents and players about their reason I want to dispel a lot of the myths that surround an increased dependence that seems attached to having a “Private Coach”.

The first part of all this is that a private coach is necessary in terms of setting the scene for what players should be doing over the rest of the week or short term. There should be a discussion and work done on the areas of a player’s game that they should be working on over the next few days/ weeks. This “Private Lesson” should be as much a goal setting session as it is an on court session and in fact if the coach didn’t hit a ball or stood on the court the value should be no less.

In that lies the problem. Some players and parents are not willing to take responsibility in their own development and work on areas of their games in the other times they are on court. This means that the only time a player is likely to improve is when a coach is on court with them. If a player is unable to work and improve independently it is unlikely they will ascend to a very high level of the game and at times when things get a little harder to improve ( which happens to every player) they are likely to take the easy option and give up. They have not invested in their own development. Here’s a phrase I used to use a lot when I was working with TA and its various subsidiaries.

AS A PLAYER YOU MUST BE AN ACTIVE PARTICIPATANT IN YOUR OWN DEVELOPMENT.

Meaning that Players who want to be successful and play at a high standard have to be significantly more invested in their development than what a coach or parent is.

Here’s some simple tests. Ask yourself the following.

When was the last time my child asked me to:

Now ask yourself where the motivation is?

If it is not with the player there is only 2 other possible motivations. Either the parent or the coach. It should be neither.

THIS NEEDS TO BE PLAYER DRIVEN.

Here’s a few other attitudes to be aware of.

Does your child ever come off from training:

Ask your child 1 simple question. WHO DO YOU REALLY PLAY FOR? Be careful parents the answer may be a bit of a surprise. If the answer is themselves, does their actions meet their answer.

I’ve been coaching for 30 years and have working with a world number 1 and various other top 10, grand slam, Davis and Fed cup players and managed / coached a Junior Davis Cup Championship Team. As time goes by more and more tennis parents and players are turning to the coaches to perform some kind of magic on their tennis careers.

From my experience you are all looking in the wrong place. Players need to take a look in the mirror. As that is where the magic is. It lies within and what you as a player is prepared to do.

If you think private lessons are the most important part of your players program you are facilitating the very attitude that that gives your child less chance and not more of being successful in this game.

The squad lessons need to be the single most important sessions each player participates in throughout a week. They offer an opportunity to work on so much of what tennis is really all about. However, often parents and players prefer to miss squads in preference of privates. This attitude feeds the beast that will prevent the most important learning opportunities being, accountability and ownership of their own development.

If players would like to be success at this game from the age of 12 they will need to be on court for the majority 5 – 6 days a week.

A balanced on court program will include all of the below.

Parents stay out of it, do not get involved in those sessions. They are not your training sessions.

The first part of this is to understand where the feeling or need for private lessons are driven from. After speaking to a number of parents and coaches these seem to be the main points.

From a parents perspective the following were common messages:

From a coaches point of view:

Over the past 30 years in the industry I can’t think back of a single successful player that I have worked with or seen working that has had a big focus on private lessons.

These programs have all produced world class tennis players and yet private lessons were an absolute rarity.

Our best players for as long back as I can think did very little one on one lessons with a coach. However the players who have been successful have been those who have been able to put the time in on court throughout their developing years.

Parents I urge you to change your mind set in this space and look to balance out your child’s on court program.

Now the challenge is to get the children to be accountable by focussing on the things they are being asking to work on by the coach while they are not with a coach. When they start to do this then you may start to see where the magic really is.

From my point of view there are a range of benefits that squad session can give that private lessons do not.

We get a heck of a lot of people coming along talking about wanting their kids to become better tennis players. I can understand them pulling out if they are sick or injured however the majority of our squad cancellations are now other extra – curricular activities that have nothing to do with tennis.

The frustration for us is that the attitude is that we want you to make our kids better but they don’t want to make a commitment to that. They want to pick and choose and do a portion of the work required and still get a great outcome. I’m here to say parents that is not going to happen.

Have a think about it from this perspective. Why do kids go to school 5 days a week 38 – 40 weeks of the year and 12 years to develop the skills required for university or to go into the workforce?  Why do you think it is ok to look at tennis any different?

The MAGIC is in the dedication and discipline. They are the 2 most important personal qualities required to be successful. By the time your child is playing at a top 20 level in his or her age group in the state everyone playing at this level has talent. Talent WILL NOT be enough. What is going to give your child a COMPETITIVE ADVANTAGE from this point forward. I don’t think it exists in more private lessons. What do you think?