NCAA Isn’t the Only Game on Campus 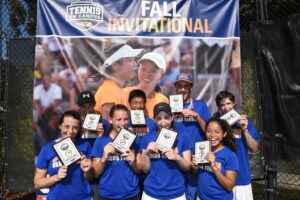 NCAA tennis isn’t for everyone. But that doesn’t mean everyone can’t play college tennis! Tennis On Campus is a great program that is continuing to grow by leaps and bounds. If your junior is looking for a way to stay involved in the game but isn’t ready or willing to commit to the rigors of NCAA tennis, please have him/her research the TOC options at the schools on his/her wish list!

And, now, this word from USTA:

The United States Tennis Association (USTA) today announced the 48 coed intramural and club tennis teams, representing colleges and universities throughout the country, have been selected to compete at the fifth annual USTA Tennis On Campus (TOC) Fall Invitational at Palmetto Dunes Tennis Center in Hilton Head Island, S.C. The event, taking place Oct. 9-11, serves as the national kickoff for the Tennis On Campus season and provides a great opportunity for students to compete for their colleges and universities.

The winner and runner-up from the tournament will qualify for an automatic bid to compete for the national title at the 2016 USTA Tennis On Campus National Championship, to be held April 14-16, 2016, in Cary, N.C.

Following the tournament, schools will continue to compete within the USTA’s 17 regional sections.

Since its inception in 2000, Tennis On Campus has grown significantly and today is played on more than 650 college campuses across the country. Developed by the USTA in partnership with NIRSA, World TeamTennis and the Intercollegiate Tennis Association, the Tennis On Campus program gives college students the opportunity to build leadership skills, network in a coed sports environment and compete on a college team without the rigors of playing in a varsity program. With year-round match play and regional and national championship competition, students maintain active and healthy lifestyles through their college years. For more information, go to tennisoncampus.com.