Doubles Down Under, Day 11 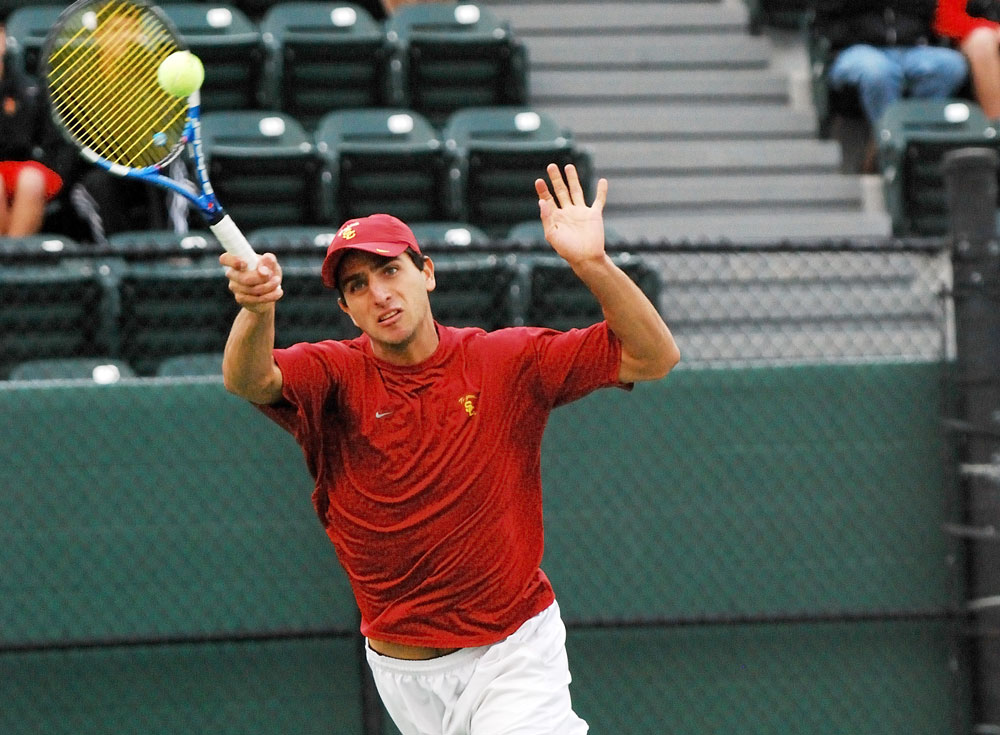 Given how few Americans and Collegians were left in the various Australian Open draws, Day 11 was rather slow from my perspective. In fact, when I woke up this morning, the second men’s doubles semifinal match hadn’t even started yet – hence the later publish time for today’s post!

After everyone held serve throughout the first set, former USC standout Robert Farah and his doubles partner, Juan Sebastian Cabal, took it from Bob and Mike Bryan in a tiebreaker then held serve to open Set 2. All four players continued to hold relatively easily through the first 11 games. However, on their first break point on Mike Bryan’s serve, Colombians Farah and Cabal took the set and the match, moving into Saturday’s Final.

College players have historically fared much better in doubles than singles once joining the professional ranks. If you look through the big tournament draws, you’ll see the names of many former collegians making a deep run. I know my friend, Wayne Bryan, has been pushing for years for more doubles play in the junior tournaments here in the US. From the tournament directors’ perspective, I understand why most of them don’t offer doubles, but I sure would love to see that change. It would certainly give our American juniors a leg up during the college recruiting process if they came to college with solid doubles skills. Just some food for thought on this Thursday morning.

Here’s the rundown from Day 11:

Here’s what’s left for the Americans/Collegians:

Men’s Doubles Final (Saturday night which is in the wee hours of the morning on Saturday in the US):

You can see the full draws here as well as on the Australian Open App. Matches continue to be aired live in the US on both the Tennis Channel and ESPN2 as well as streaming on the ESPN app.