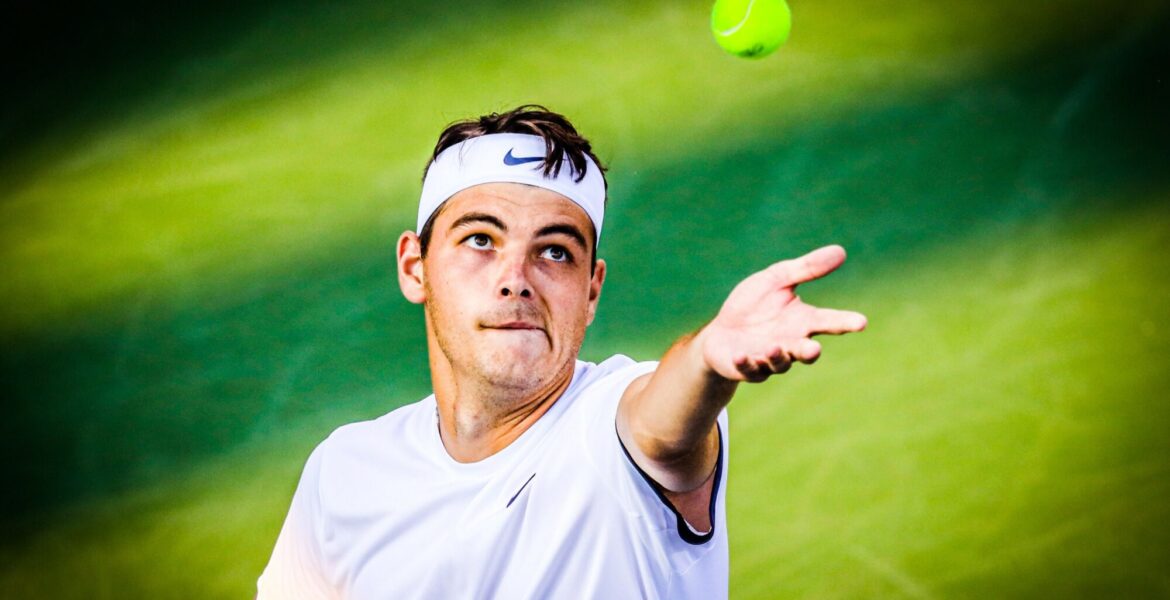 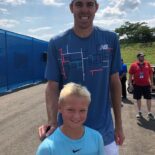 It is nearing the end of the week which means the BB&T Atlanta Open is winding down.

After squeezing in a morning workout thanks to a later match start time, I headed to Atlantic Station and the tournament. There wasn’t a ton of action on the practice courts when I arrived, but here is a little look at what was going on:

After picking up my ticket and grabbing a quick bite to eat, I found my way to my seat in Stadium Court to watch some exciting doubles action. After the match, there was a lengthy gap before the next match between Aussies Matt Ebden and Bernie Tomic, so I took advantage and interviewed French tournament intern, Louis Monterosso, about his experience coming to the US to play college tennis and working at the tournament as he gets ready to pursue an MBA:

The next match featured another Aussie, 20 year-old Alex de Minaur, taking on American Bradley Klahn. I was super excited to see Alex play after hearing his interview with Wayne Bryan a couple of days prior, and he did not disappoint! I predict Big Things for this young man!

Smack dab in the middle of the match, though, I found out Wayne Bryan was interviewing former TCU standout Cameron Norrie, so I made my way over to the tent. The video of the interview is in two parts because Wayne asked me to stop filming while he told a little story he didn’t want on video!

The night session started with an all-American showdown between Taylor Fritz and Georgia Tech alum, Kevin King. Kevin stayed close to open the match, but Taylor eventually used his big serve and groundstrokes to get the W.

After the match, I met up with my friend and former Pepperdine Men’s Tennis Coach, Marcelo Ferreira, to chat with a few of his students from the Universal Tennis Academy – UTA – here in Atlanta. Tim Noonan, who is one of the founders of UTA, joined Marcelo and Devin, to talk about what it means to take part in this tournament:

Here’s the official release from the tournament media office:

Second round action wrapped up on Wednesday at the 2019 BB&T Atlanta Open presented by First Data.

Players were looking to earn their spot in Friday’s quarterfinals.

The first singles match on Stadium Court saw an Australian battle between the talented Bernard Tomic and the steady, Matthew Ebden. Tomic and Ebden both broke each other in the first set but it was 26 year-old Tomic, who took the advantage mid set as he went up 3-2. That break proved to be enough for Tomic to take the first set home after serving 71% of first serves. The second set proved to be very different from the first one. Neither players faced any break points until 5-5 where Ebden had to put a difficult backhand volley away to erase the sole break point of the set. Tomic, who defeated the No. 5 seed, Frances Tiafoe, in the first round of the tournament after a third set tie breaker, had to battle out another tie breaker to qualify for quarterfinal action.

The night session opened with an upset-minded, Kevin King, taking on No. 2 seed, Taylor Fritz.

Two players with very different backgrounds with Fritz facing the hometown qualifier, Kevin King. Fritz at 21, has been established on the ATP World Tour for over three years and has had success at every level he played. King is a graduate of Georgia Tech who before defeating Grigor Dimitrov never had an ATP World Tour level win, but was able to do it here in his hometown of Atlanta. It was King who put the pressure on Fritz early but Fritz was able to keep his composure to hold serve despite a long service games with many back and forth deuces. After missing the chance to break, King was broken at 2-3 after a double fault to give away the break. The qualifier would continue to fight as he had been giving himself another breakpoint opportunity down 4-2. Showing why he was the 2 seed Fritz was again able to work his way out of it and get another break to win the first set 6-2.

To start the second, King was broken again after struggling on his serve with double faults. However being down a break in both sets in the previous match, he won Kevin would not throw in the towel and continued to battle as he got the break back at 1-3. The set was even until Fritz would secure his 4th break of the match at 4-3 and then continue to serve out the set at 5-3. King would leave to a great crowd ovation as they had lots of respect for the man who never stopped fighting regardless of the score line and because of that was able to get his big breakthrough in his hometown.

Thursday was also “Throwback Thursday” at the BB&T Atlanta Open presented by First Data. Fans were encouraged to dress in their favorite 70’s, 80’s and 90’s outfits.