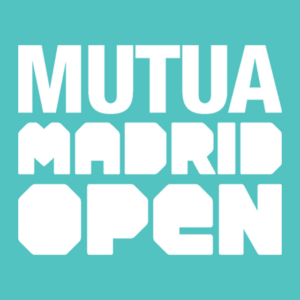 The following was written by Craig Cignarelli for 10sballs.com (Craig is covering the Mutua Madrid Open for the website) and reprinted with their permission. Any of you who have watched Craig coaching on the court will appreciate just how much he learned from Pancho Segura that day at Indian Wells. His ability to notice and teach the nuances of the game is a true gift. Enjoy!

Before he sold the tournament to Larry Ellison, I had the opportunity to sit with owner Charlie Pasarell at Indian Wells. While we watched the matches, a little old man rolled up in his wheelchair, grabbed Charlie’s leg and said, “I here, Charlito.” Charlie reached down and hugged his old coach, Pancho Segura, and then headed off to ensure all attendees had a perfect desert experience. For the rest of the afternoon, Pancho and I sat together watching Rafa and Federer battle lesser opponents. In those six hours, I learned more about tennis than I had in twenty years of coaching.

Pancho explained where the serve was going and why, where the return would be hit and why, how players adjusted their court positions and aggressiveness based on the score, how the elite players controlled the match tempo based on the momentum of points. He illuminated the way top players utilize the sharper angles more than the lower level players, how the best play approach shots differently than the others because they understand the pressure of the pass will break a player. He showed me how players use the shorter wide serve to create room for the T-serve ace, and how returners adjust their initial court position based on their desire to neutralize or to attack, and then how servers counter that tactic. It was a hot day in the desert and, during our conversation, I’d gone through three bottles of water. My bladder felt like a crowd of Black Friday shoppers and, not wanting to leave or offend him, I informed Pancho of my desperate circumstance. He responded, “Is ok, Keed, I pee my pants two hours ago!” and then he burst into uproarious laughter. When the matches finished, Pancho shook my hand and rolled off into the sunset. It was the best tennis lesson of my life.

With that memory as backdrop, here is today’s take on the Juan Del Potro-Dominic Thiem match.

Delpo is a tour veteran returning from a recurring wrist injury, and Thiem is one of the young talents with potential to reach the top five. I assumed this match would be won mentally more than physically and it turned out to be true, although frankly, at this level, most of them are.

The first few games are always a feeling out process. Back in the 1990’s, Andre Agassi talked about finishing his warm-up with tiebreakers so he could get the feel of already being into the match when he entered the court. That allowed him to come out of the gates hard and grab a quick lead against players who wanted time to assess him. Today’s players don’t do that as much. They play tentatively at first, making sure they make few unforced errors and playing well inside the lines until they establish a rhythm. And so it was for the first six games of this match.

At 3-all, Thiem made two unforced errors in the game (which is almost always death at the pro level), and Delpo reached double break point. In every match, there comes a time when one player grabs the match by the scruff of the neck and says, “This is mine.” Usually it is the player who is playing confidently, who believes he or she will win rather than can win. In this case, Delpo’s years of injuries may have cost him the break. He dropped into conservative mode and Thiem held. Delpo smacked a ball to the rooftop and Thiem gave a small fist pump as if to say, “I’m still here, big guy.”

Now Delpo serves at 3-4. He holds but not because of great play. On several occasions, Delpo had opportunities to step up and take control of the points but failed to do so. Fortunately, Thiem donated a few points and Delpo held. It’s interesting to watch Del Potro fight his inner demons. Theres a saying that goes, “War is hours of boredom and moments of terror.” I’ll bracket that for Juan saying, “Delpo’s game is hours of average and moments of brilliance.” After so many months away, he’s just not quite back to form yet. Like flowers, confidence wilts with time. After the hold though, Delpo’s double fist pump reminded Thiem, “I’m here too, kid!”

At 4-4, elite tennis gets stubborn. This is crunch time and players walk a tight rope of aggressive play to conservative targets. Donating a point here can be like lying beneath the guillotine while attacking at the right time can mean you’re the one holding the blade.

Other than a weak double fault at 30-0, Thiem holds easily, playing clean first strike tennis and hitting his spots.

To this point, Thiem has adjusted well. In search of a break, his first few return games consisted of aggressive drives or neutralizing heavy balls. Now he presents a different look. Elite players adjust. The ability to do so, and to know when and how to do so, is what makes them elite. Them plants himself just behind the baseline and blocks the first few returns. He gets to 30-all and misses a return an inch wide, then plays a long rally to get back to deuce. He continues to block the return and sets up break point. Delpo bangs a service winner and you can feel them straining on the tug-of-war rope. It’s all about resolve now. One player is two points away from the set, the momentum, and a massive mental advantage. The other is two points away from even, the momentum, and a big boost of energy.

Delpo double faults into the net with the kind of tight second serve that reminds you of that mechanical arm in the 40mph batting cage. In matchplay, big points require confidence, focus, and belief that you will persevere. At present, you can actually see the big Argentinian questioning himself.

I turn my attention to Thiem. For the entire game, he’s been near the baseline, blocking returns and making Del Potro play. The Argentine has just doubled and is feeling the pressure. Now, at the most pivotal moment of the match, he is twenty feet behind the baseline preparing to neutralize the return. Whether he should be sticking with the “blocking returns” game plan that got him to break point is a great question for his coach. Some would say he shouldn’t deviate from a winning game, while others would say the circumstances require him to make the return and make the server feel the pressure of hitting a lot of balls on break point. As I mentioned, elite players know when and why to adjust. Them makes the return and misses the first groundie. Deuce again.

This pattern goes on, with them always returning from deep in court now, until Delpo eventually holds.

A few moments later, they reach a tiebreaker. Both players step back from the baseline and nod themselves into confident states. The first point lasts twenty shots and Del Potro gets the mini-break. You get the sense that he suddenly believes he should win this one. It’s subtle, a Neanderthalic glance at his opponent, a quicker step toward the towel kid, a small shake of the racquet – these are the indicators that he’s in this fight and feeling like the Alpha dog. Eleven points later, Del Potro wins the set and eventually the match 7-6, 6-3.

I remember being a kid and watching the ball go back and forth and thinking how cool it was to be watching my idols. It was like going to the Museo del Prado and looking at Rubens or Goya or El Greco and thinking, “cool painting.” But then I met Pancho. Now I can see the finer strokes, the subtle colors that signify emotions, the intricacies and precision which make some artists Masters. With young eyes, I looked through an old man’s lens and came away wiser.

These ATP events give me an opportunity to see what Pancho was talking about. There are a lot of things happening out there on the court that we don’t always see.