Americans & Collegians at the AO, Day 5 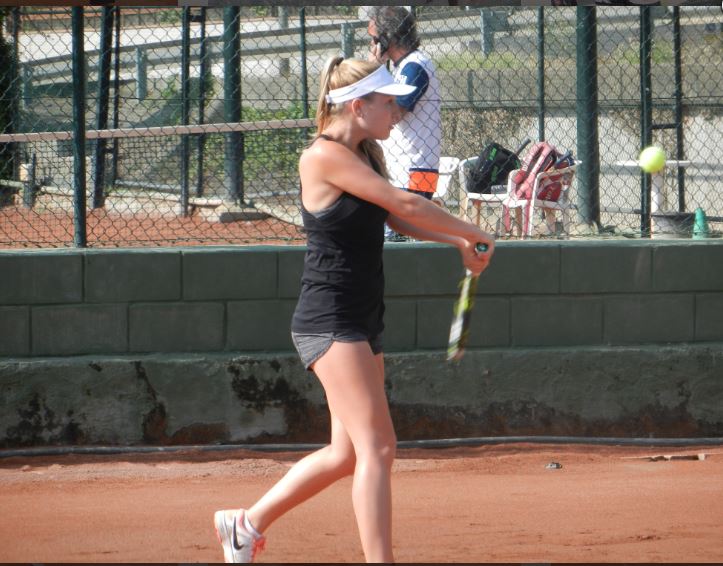 You may have noticed the new banner ad on the right side of our website from Tennis: Europe. Since we committed to advertise their service, I thought it would be helpful to chat with founder Martin Vinokur about the particulars of what Tennis:Europe is all about. I hope you enjoy this Q&A with Martin!

A (Martin Vinokur): TENNIS: EUROPE and North America is a unique combination of tennis, travel, tournament match play and quality coaching.You travel with junior players from all over the country in an athletic team atmosphere and meet players from all over the world, making lifelong friends.  You expand your horizons, learn life lessons and pursue success.  See the world, have plenty of fun and become a better match player.

Q: How did you come up with idea?

A:  In 1973, some of my high school tennis players (I was coaching in New York and was in charge of tennis for the state public schools) asked me to take them to tournaments in Europe to improve their match playing, especially strategy and mental approach. We traveled that first year and have been taking players ever since. We – Tennis: Europe** – does not run the tournaments or create the tournaments.

Q: How are players selected to a Tennis: Europe Team?

A: Each player needs two teacher character references and one tennis reference to assure they will be good team members and show good sportsmanship. Each team has 15-16  players, 13 to 18 years of age, and both girls and boys. We offer 10 different and exciting itineraries in Europe and the USA.

Q: Who runs these tournaments?

Q: How do you decide which tournaments to play?

A: Based on ability level of my team (we have two ranked teams and the rest are high school or junior high school level players), I decide which tournaments to schedule, usually one week in each location. With our stongest players, we play satellites and top level European tournaments or on the West Coast USTA Levels 4 and 5. With beginning tournament players who have mastered the basics, we play more USTA Levels 6 and 7 or more regional European tournament, for example, the Prague area of The Czech Republic or the Cote D’Azur in the south of France.

Q: How is seeding determined?

A: The tournament directors do the seeding themselves.

Q: What is the format of your events? Do players play 2 out of 3 sets with full scoring?

A: Generally, the matches are 2 out of 3 sets with full scoring.  In USTA, occasionally the third set is a super tiebreaker. Not so in Europe though.

Q: How can players use Tennis Europe events to compliment their tournament schedule?

A: Since our goal is to make our participants better match players when they return home, we are flexible on dates and do not leave until after USTA Sectionals at the end of June, returning 17 or 25 days later ready to resume USTA tournament goals with more confidence and enhanced mental toughness.  Our trip is short enough to allow our participants to still play a full schedule of USTA tournaments; and we have found our players do better in rankings the summer they travel with us than otherwise.

Added note : Although tennis always comes first with us, we are also an educational, cultural, language and personal growth experience.  We see the major sights, have water sports almost everywhere we go, and have social and evening fun activities with our tournament friends. Especially in Europe, there is a very relaxed atmosphere at tournaments and we are often treated like celebrities!

And of course our # 1 priority is the safety and welfare of our players 24 hours a day of strong supervision.  See our website: www.tenniseurope.com  and click on “About Us” for our backgrounds and experience.

Since many of our participants go on to play college tennis and our coaching staff includes college tennis coaches, we have been an excellent credential for college admission with this Tennis; Europe network.

* * There is an organization in Europe called the European Tennis Association, which, about 10 years after we started, changed its name to Tennis Europe. This European organization, composed of all the national tennis federations on the continent, does run a circuit of 12-14-16 tournaments, which consists of top level tournaments for European players, much like the ITF has the ITF world junior ranking circuit for under 18s.