Go To Wimbledon with John Isner! 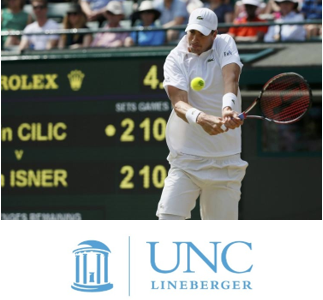 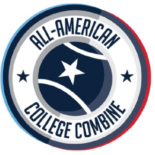 Can you imagine traveling to Wimbledon with special access, meeting John Isner, and watching the best players in the world compete on Centre Court? Well, you might get a chance to do just that if you contribute to John’s Give2Gain campaign!

When John’s mother, Karen, needed treatment for colon cancer, both in 2004 when she was first diagnosed then again in 2007 when the cancer reappeared, she chose the UNC Lineberger Comprehensive Cancer Center due to its stellar reputation and results. Now, John wants to give back to the place that gave him back his mom.

Read more in this press release:

[pdf-embedder url=”https://b97e4e.a2cdn1.secureserver.net/wp-content/uploads/2018/04/Win-a-Trip-for-Two-to-Wimbledon-to-Meet-John-Isner.pdf” title=”Win a Trip for Two to Wimbledon to Meet John Isner!”]

On the heels of the biggest victory in his illustrious 11-year professional career, winning his first ATP Masters 1000 title, John Isner is not only gearing up for Davis Cup and the rigorous clay court season, but something that hits a little closer to home.

Today, the top-ranked American tennis star and world No. 9 singles player has teamed up with Give2Gain, a sports and entertainment-focused online giving platform, to launch a global fundraising campaign to support his charity, The UNC Lineberger Comprehensive Cancer Center. The 70-day campaign kicks off today – April 1, 2018 – and will help raise funds and awareness for the only public comprehensive cancer center serving the state of North Carolina by raffling off a once-in-a-lifetime trip to Wimbledon. The center is very important to Isner as it is where his mother, Karen, was treated successfully in her battle with colon cancer. The campaign concludes on June 10, 2018, at which time a grand prize winner will be randomly chosen from the entries to join Isner in London, England for this year’s 2018 Championships, Wimbledon.

“I want to invite you all to donate to win a trip to join me in London and support a very personal cause,” said Isner. “Please join me in supporting UNC Lineberger by making a donation. The doctors at UNC Lineberger saved my mother’s life, and they’ve saved countless other lives as well. My family is forever in debt to UNC Lineberger.”

UNC Lineberger is one of only 49 National Cancer Institute-designated Comprehensive Cancer Centers and was rated as exceptional – the highest category – following its most recent NCI review. The center brings together some of the most exceptional physicians and scientists in the country to focus on advancing the prevention, early detection, and treatment of cancer.

Through the Give2Gain platform, fans will be helping Isner’s charitable efforts for as little as a $10 donation while also receiving entries to win the once-in-a-lifetime opportunity to bring a friend to get flown to London for the ultimate tennis trip for two. Donors can also purchase items such as FILA match shirts, Prince tennis rackets, and Isner action pictures. The bigger the donation, the more chances you have to win the grand prize.

One grand prize winner will receive two-round trip tickets to London to meet John Isner, stay for 3 nights in a 4-star Hotel, sit on Centre Court, receive special access to the most prestigious grass court event of the year, and more.

Proceeds from the campaign will benefit UNC Lineberger.

Visit Give2Gain.com/isner to learn more and enter for your chance to win and support UNC Lineberger.

The UNC Lineberger Comprehensive Cancer Center is a cancer research and treatment center at the University of North Carolina at Chapel Hill. UNC Lineberger’s clinical base is the N.C. Cancer Hospital, the only public National Cancer Institute-designated comprehensive cancer center in North Carolina. More information can be found at www.unclineberger.org.

Give2Gain is a sports and entertainment-focused fundraising platform where the value is in the giving. Launched in 2017, Give2Gain began on the premise that as a community, we can all collectively make a difference through the exciting worlds of sports and entertainment. Give2Gain’s campaigns feature athletes and leaders in the entertainment world who want to engage with their loyal followers in order to support charitable initiatives that resonate on a personal level. Give2Gain’s mission is to show that athletes and celebrities have the power to raise significant funds and awareness for incredible causes while touching the lives of fans around the world. For more information, visit Give2Gain.com.