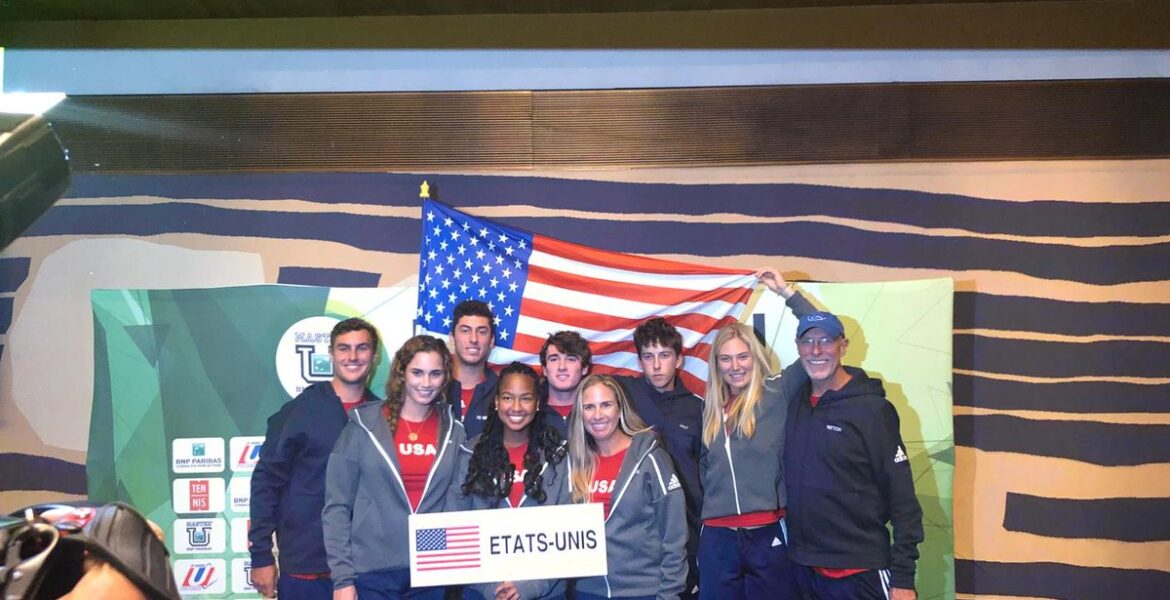 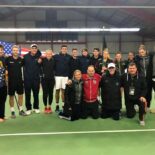 TeamUSA at BNP Paribas Master’U: Onto the Semis

For the past several years, Coach Greg Patton has taken a group of top-performing college players to France to compete against their peers. TeamUSA has come home with the Big Trophy in 7 of the last 9 years . . . not too shabby! Today, competition kicks off for 2018, and Greg is blogging for the USTA here. I have reprinted his personal account below. Click here for last year’s reports. You can follow Greg on Twitter for real-time updates here.

Our moment of reckoning is upon us. We learned the draw for our 2018 run for the World Championships tonight in the draw ceremony at the beautiful city hall in Grenoble, France. The weight of anticipation is now off our backs, we know what are draw looks like and that we now have to go out and capture that World Championship.

The USA team of outstanding American collegians were seeded #2 in the draw. We start our quest for our 8th world championship in my tenth year as coach with Amanda Augustus (Cal Coach) with a dozy of a first round opponent with Belgium who has always been one of the toughest teams in the tournament.

Doubles will follow with the schedule of: women’s doubles, men’s doubles, and mixed doubles. Jada Hart (UCLA) and Emil Reinberg (Georgia) will be pulling down doubles duty.

The other match in our half pits Ireland vs. #4 China.

The other half of the draw will showcase #1 seed Great Britain against France. The #3 seed Germany will play Italy.

We are set to go and welcome the “heightened state of living” which playing an international team world championship brings a special radiance and sense of importance.