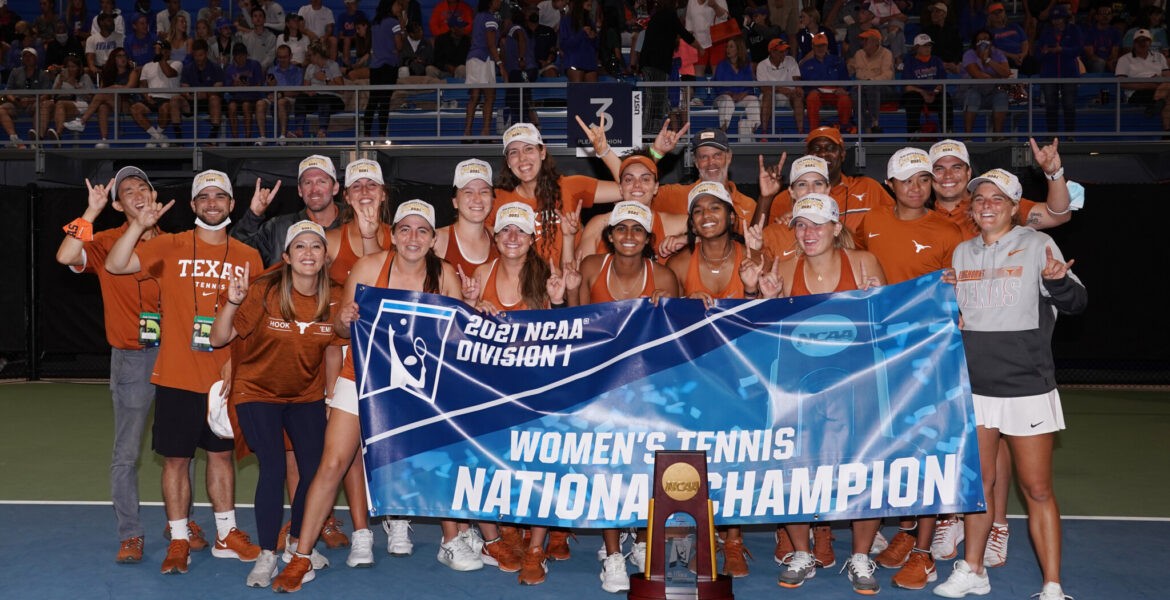 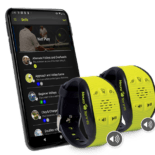 The No. 2 Texas Longhorns secured the program’s third national title with a thrilling 4-3 win over No. 5 Pepperdine Saturday night at the USTA National Campus in Orlando, Fla.

Texas won the crucial doubles point as both No. 1 and No. 3 doubles came down to a tiebreaker.

Charlotte Chavatipon gave Texas a 2-0 lead with a win on Court. 4, but Pepperdine quickly evened the score with wins by Jessica Failla at No. 2 singles and Lisa Zaar at No. 5 singles.

Peyton Stearns rallied after dropping the first set to earn a 2-6, 6-0, 6-2 win at No. 1 singles and put Texas within one point of winning the national title. Pepperdine’s Nikki Redelijk evened up the score at 3-3 and all eyes came down to the No. 3 court as a pair of freshmen, Texas’ Lul Sun and Pepperdine’s Taisiya Pachkaleva battled into a third set.

Sun earned a late break and closed out the match with a 6-4, 6-7(3), 7-5 win to bring the women’s national championship trophy back to Austin for the first time in 26 years.

On the men’s side, things were a bit more straightforward. 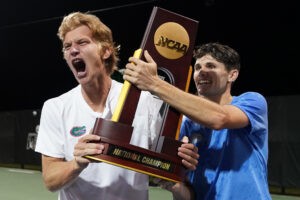 The University of Florida after they defeated Baylor University during to win the 2021 NCAA D1 Tennis Championships on Saturday, May 22, 2021 at the USTA National Campus in Orlando, Florida. (Manuela Davies/USTA)

After taking the doubles point with wins on Courts 1 and 3, Baylor just couldn’t seem to get its footing on the singles courts. 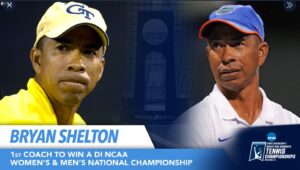 The story of the night, though, has to be Freshman Ben Shelton’s 3-set clinch over Baylor’s Charlie Broom to bring another NCAA Championship Trophy to his dad and Head Coach, Bryan Shelton. Coach Shelton, who led the Georgia Tech Women’s team to the 2007 Championship in Athens, Georgia, is the first DI Head Tennis Coach to win a national championship on both the Men’s and Women’s sides –  what an incredible accomplishment!

Congratulations to all the players, coaches, and support staff as well as to USTA and NCAA on another incredible tournament!

The individual tournament starts tonight with the first men’s singles match. For complete draws, click the category below: