Americans & Collegians Down Under, Day 6 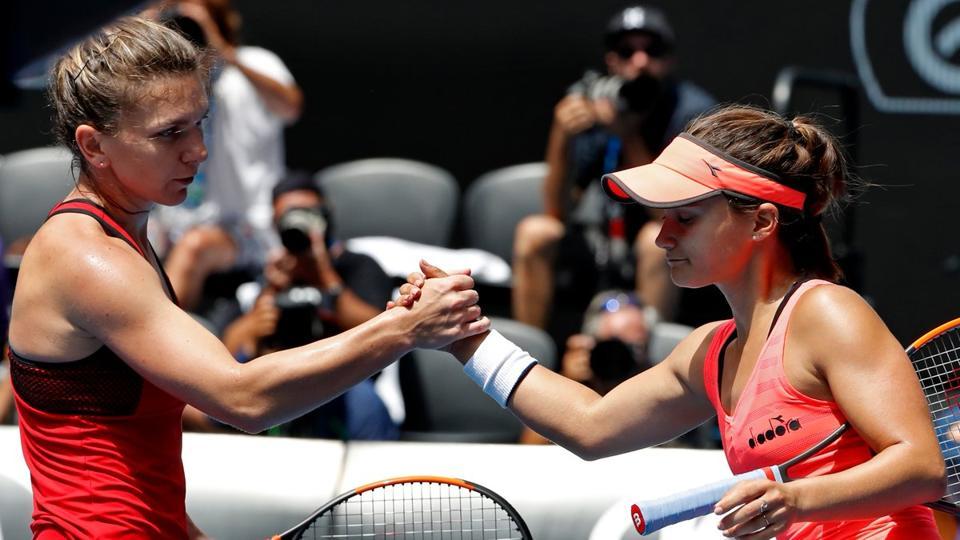 What a night of tennis for our American/College players! First of all, let me just say, “Lauren Davis! Wow!” The 24 year old pushed World #1 Simona Halep the distance, eventually falling 15-13 in the third set (remember, there is no tiebreaker in the final set of the Aussie Open, just like Wimbledon).

After winning the first set 6-4, Davis looked poised to bring on the upset of the tournament. But, in true #1 fashion, Halep battled back to take the second set 6-4, leveling the match. In the latter stages of the final set, Halep had several opportunities to serve it out, but Davis hung in there, using her incredible speed to run down everything Halep threw at her.

There were points where Davis was literally running corner to corner to chase down balls – her quickness, anticipation, and fitness level were on full display. Measuring just 5’2″, Davis has found a way to compete against bigger and stronger opponents, proving that size isn’t everything. Davis had three chances to close out the match returning up 11-10 but wasn’t able to do so. To add injury to insult (pardon the poetic license) she lost the nail from her second toe on her right foot and had to take a medical timeout which made Halep visibly  irritated as she waited for her opponent to return to the court. Finally, up 14-13, Halep tried to serve the match out for the fourth time, and an unforced error (her 73rd) from Davis finished things off in Halep’s favor.

And another big “Wow!” for Tennys Sandgren, former University of Tennessee standout! Max Marterer came out swinging, finally getting a break to take the first set 7-5. Sandgren turned on the after-burners at that point, and barreled through the next 3 sets, winning them 6-3 7-5 7-6. He will face Dominic Thiem in the Round of 16.

In his post-match interview, Sandgren was asked about his mom who coached him throughout the juniors until he went to college. He shared, “The way I played as a junior wasn’t necessarily out of enjoyment. Feisty, more negative version of what you see now, which is pretty bad (smiling). That was kind of a turnoff. My mom stuck it out with me. She stuck it out with me, which I appreciate. She didn’t have to. She had to take a lot of nonsense from me, and she did. Helped me grow and learn and improve.” #TennisParentsRock

Here’s the rundown from Day 6:

NOTE: Even though neither of these players are American or Collegians, I was very interested in the Alexander Zverev/Hyeon Chung match last night.  Chung prevailed in five long sets 5-7 7-6 2-6 -3 6-0. Both of these young men are part of the ATP NextGen and are making real waves on the pro tour. Chung won the year-end NextGen Championships and will be playing in the upcoming New York Open which is the focus of this week’s ParentingAces Podcast (click here to listen).

Here’s what’s on the schedule for Sunday (Saturday night in the US):

Round 1 of the Junior events continues today. American Juniors went 2-0 for the Boys and 2-2 for the Girls on Day 1. Follow Colette Lewis on Twitter at @zootennis for updates on match-ups and results. As far as I can tell, the only other way to follow the Juniors is via the Australian Open website or app. You can see the full draws here as well as on the Australian Open App. Other matches continue to be aired live in the US on both the Tennis Channel and ESPN2. Enjoy!