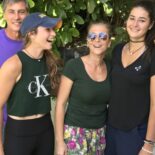 SEC Student-Athlete was Abused then Betrayed by LSU

I recently received the following from a ParentingAces Premium Member and have his permission to share this [edited] version with all of you. I hope it helps to clarify the recruiting process and to open your mind to some of the work ahead for your Junior Player!

I wanted to write you a brief note and big thank you for all the valuable information I’ve been able to obtain from you and your guests over the last 3 years.

My son is now a high school senior, and he has been recruited by a great D3 tennis and academic college!  He is super excited, and we all think it’s very close to the perfect college for him.

My wife and I are equally proud of his accomplishments and happy with his choice, and we’re thrilled that he won’t be too far away and we’ll get to see some of his college matches!!

That said, along the way during the recruiting process I did gain some valuable experience that I believe ultimately led to my son’s successful recruiting into one of the schools of his choice and level.  These may not be new to you (and in fact, they centered very much on some of the advice you and your guests reported), but perhaps they’ll help reinforce some of your thoughts, or help you in some way or other.

Our process and strategy during recruiting:

-Tournaments: L3 within driving distance, National Clay and Hard Courts (if he could get in them), Zonals, Intersectionals,  all local division L3/L4’s.

-Create a list of about 30 colleges. Ranging from likelihood of recruitment to possible recruitment and then also reach for recruitment.

-Tournaments: L3 within driving distance, National Clay and Hard Courts (if he could get in them), Zonals, all local division L3/L4’s.

-Showcase/College Camp participation: Donovan’s and TRN-showcase, two college tennis camps (ultimately recruited by one of them, and received a good reference from the other).

-Son contacted most of those 30 college coaches per email. Sometimes twice.  Many did not respond.

-Based on responses and college research he revised list to 12-15 colleges.

-Tournaments: played both Clay (key tourney for coach exposure) and Hard Courts, and then played (traveled to more distant venues)  more L2/L3 national tourneys that were further away, and selected some of those tourneys that we could pair with college visits.

-Two College Camp participation (Not recruited by either, but garnered great interest from one, and made good connections with the other coach).

-Key tournament: Winters in Orlando.  This exposed him to more coaches than any other tourney.

-Mid of Junior year, several colleges seemed very interested, and many of the reach colleges were not, so list became smaller.

-End of junior year, received several offers and then took about 5 weeks to discuss and finally make decision.

Other notes and remarks on tourneys/colleges/training

-High academic D3 schools are also difficult to get into due to their high level academic standards.  And some D3 admittance offices do not work on same schedule as typical recruitment period, which may mean that a player has to decide on other schools before they get a chance to understand if they’ve been accepted into those schools.

-D1 colleges do not appear to have many academic requirements, and seem to mainly look at a players ranking/ability.

-D1 colleges do seem to like players that are home-schooled.

-Coaches appear to have some predilections/prejudice as to what kind of player comes from what kind of geographic area.

-Connections that private trainers/coaches have to colleges does appear to have some advantage.

-Tennis is expensive.  We were hampered financially to be able to give our son the coaching/training that may have made him a better player.

-Important to get many different coaches to train and expose to your child.

-We were in a geographically difficult area to get a full range of coaches/trainers/advice. That’s one of the reasons why FL and TX and CA are perhaps also better suited. Along with the climate that forced our players indoors for 7 months/year and far less play on clay.

-But conversely, our son’s competition wasn’t as big as those other sections either, so he could get the experience and play on Zonals and Intersectional teams.

Notes about our son:

He was consistently always a 4-star player (150 and lower).  He has some talent, but I think it was more the desire and love to play that led him to practice/train/compete/learn that lead to his tennis achievements. He developed late physically, so I feel that was a continual difficult challenge to overcome. I believe that his consistent tournament participation and willingness to compete compensated for a good part of that late development. His most difficult period of playing was at the middle of Sophomore year and highpoint at beginning of Junior year. He had his share of ups and downs of wins/losses, injuries, mental weakness, ‘losing’ his shots, etc., but all in all I think it was similar to other players.

Now at this stage, before college and in the midst of the Virus, he appears to me to be really happy with being where he is.  As a Tennis Parent, I went through all kinds of swings-whether this was all good or not, whether he would pull through or not, whether it was all worth it or not, but now I do believe it was a good experience for he and us as well.

I want to thank you again for helping us, and numerous other families out there. Keep doing what you’re doing!!

One thought on "One Family’s College Tennis Recruiting Journey"