5 Things to Consider When Choosing a College 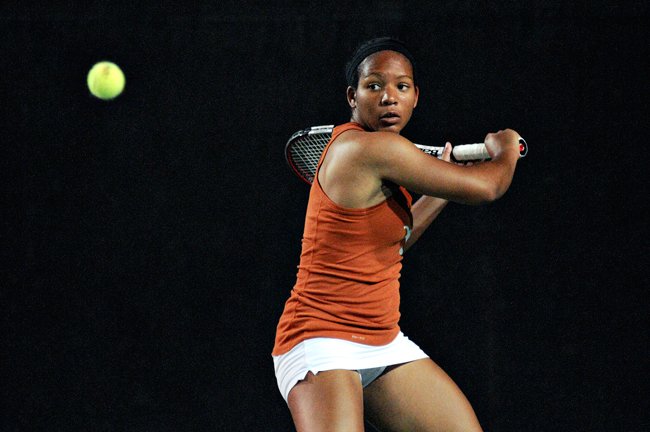 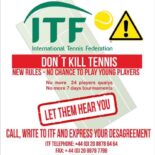 How the ITF is Failing Our Players

Today’s Guest Post was written by Aeriel Ellis, former player at the University of Texas. Her bio is at the end of the article.

Choosing a college to attend after high school is a big decision  – probably one of the biggest decisions you’ll ever have to make in your life. It’s a decision that should:

So let me reiterate – it is a BIG decision and should not be taken lightly.  Here are 5 important factors that you should consider when you’re choosing which college to attend:

#1) Pay Attention to the Players On the Team

If you are able to take a recruiting trip (official or non-official) to a school, take a look at how everyone on the team interacts with each other.  Are the players close with each other? Is there an on-going team chat filled with emojis and silly messages that they’re openly willing to share with you because they want you to feel part of the team already?  Or not so much – it’s strictly tennis related messages that are usually one-word responses to the coaches’ messages. Either way is fine but you need to know to make an informed decision. Similarly – Do multiple teammates live with each other or do the majority live on their own?  College is a big transition- it’s likely the first time you are going to live without your parents for a long period of time and so you’ll either want to be around others with the same interests (and similar schedules) OR maybe you want to be more independent and by yourself. You’ll just want to know the expectations of the team and how that will impact your day-to-day life.

You have to remember that the coach is someone that you are going to be in constant communication with.  He or she will ideally be there to encourage and motivate you on the days that you just don’t “feel” like being out on the court and also be the one who will know when you could be putting out more effort than you are on the court and call you out on it.  I think it’s good to point out that a good coach might not be at one of the Top 10 ranked teams in the country, and that’s why it’s so important that you go and take those official and unofficial visits. See how the coach interacts with the players on the team, pay attention to what the players say about the coach when you ask them about the coach (and you should ask the team what they think about the coach).  Another important point to remember is that your coach isn’t just going to be there for you concerning your tennis, but he or she will care about your life off-court as well, so ideally finding a coach that is you can relate to on a personal level is in your best interest!

From personal experience, I’m going to include weather as one of the main factors that you should consider when choosing where you want to go to college.  I was born and raised in sunny California and honestly couldn’t even fathom going to a college where it snowed a lot of the year. Now this might not be such a big issue for you, but you do want to pay attention to where colleges are located.  You could be like me and realize that the cold doesn’t sound appealing at all – that would probably eliminate all the colleges in the North East. On the flip side, you could love the cold weather and want to be somewhere that it’s cold and the team plays indoor tennis some of the year.  Either way, it’s good to take the weather into account when choosing your school.

In the case that you decide not to play professional tennis after college, you want to be able to fall back on your degree, so I think it’s crucial that you are paying attention to the type of education you will get from the college you’re going to attend.  I think a lot of athletes default to degrees that aren’t as rigorous or challenging while they’re in school because it’s already difficult to juggle sports and going to school. To add on a tough degree is extremely hard; however, the degree you receive will dictate the opportunities that will be offered to you once you graduate, so having a degree in something that you are interested in and has a pathway to making a good living afterwards should be a top priority.  Take a look at what programs your choice schools are known for, ask the players on the team if that program has been taken before to see if it’s possible while playing college tennis, and have one or two back up plans in case your first education choice isn’t an option. It’s better to go into college with a plan and some back ups than with no plan at all!

The last important factor that I want to go over is the college’s distance from home.  When I was choosing my college I was fortunate enough to have offers from a lot of schools, and one of the closest was Cal Berkeley.  It’s a great school, has a great tennis program (was one of the Top 5 teams in the country at the time), I got along really well with the Head and Assistant coach there, and all the girls seemed really lovely.  The only thing that was a problem to me? It was about a 20 minute drive from home which was a minus because I felt like my parents would be way too close for comfort, and I knew I wanted to be at least a plane ride away.  Funny enough I committed to Texas the following year, only came home during the designated school breaks, and for some personal reasons, wished that I maybe would have chosen to go to school much closer to home. If you do decide to go to school far away, remember that you will not easily be able to rely on your parents.  Laundry, meals, and extra spending money might all be up to you to find and do for yourself since you are so far away. Not to say that’s a bad thing- going to school far away will make you grow up and be more responsible than what you’re probably used to, and I would say in the long run it’s a good thing, but short term you could have some growing pains!

Lastly, I was able to ask my Dad what he remembered and thought about my whole college recruiting process.  He basically said he tried to stay out of it. Obviously he wanted me to go to a great school, with a great tennis program, but the decision of the specific school was entirely up to me.  He told me he could never make such a huge decision about my life, and that he had raised me to make an informed decision given whatever information that I could find. Whichever college I chose would be fine with him.  “What if I had chosen a school for you, and you absolutely hated your life during your time there? Stayed at the school because you trusted my judgement, and just were really unhappy? As a father, I didn’t want that, so the decision was yours,” were his exact words.  And to be honest, I am thankful – thankful he supported the decision I made to attend Texas, and thankful that he made it to the matches he could and was there on my graduation day. I don’t regret my decision one bit, and I bet he doesn’t either!

I hope that these reminders help you do some more digging when thinking about which college you want attend.  This decision really should be yours and yours alone at the end of the day. Take as many official and unofficial visits as you can, get to know the players and coaches, take a look at what educational programs the school has to offer, and figure out what will work best for you.  Don’t make this decision quickly, take your time, and I’m sure you will figure out what’s in your best interest!

Born and raised in Hayward, CA, Aeriel Ellis competed in the Northern California Section of USTA from the age of 7.  As she made her way up the ranks by playing in local tournaments, she started playing national tournaments in and around Southern California.  Traveling across the country to play tournaments was not an option for her family, so that meant consistently playing against many of the top girls in the country that lived in Southern California.  Through hard work and dedication, Aeriel was able to win Winter Super Nationals and Final at the Easterbowl in the 16s. She also had a great run in the 18’s, getting to the Semi-finals of Easterbowl and Semi-finals of Winter Supernationals as well, before taking a year off school to pursue her dream of becoming a professional tennis player.  Although the pro tour did not work out for her, she decided to attend The University of Texas at Austin to get an education and continue working on her tennis. After graduation, Aeriel returned home to Northern California, where she now lives with her husband and two wonderful children, looking to get back into the tennis industry by helping junior players and their families tackle the mental and strategic side of the game. You can find Aeriel on Instagram here.