Advice on Picking a College 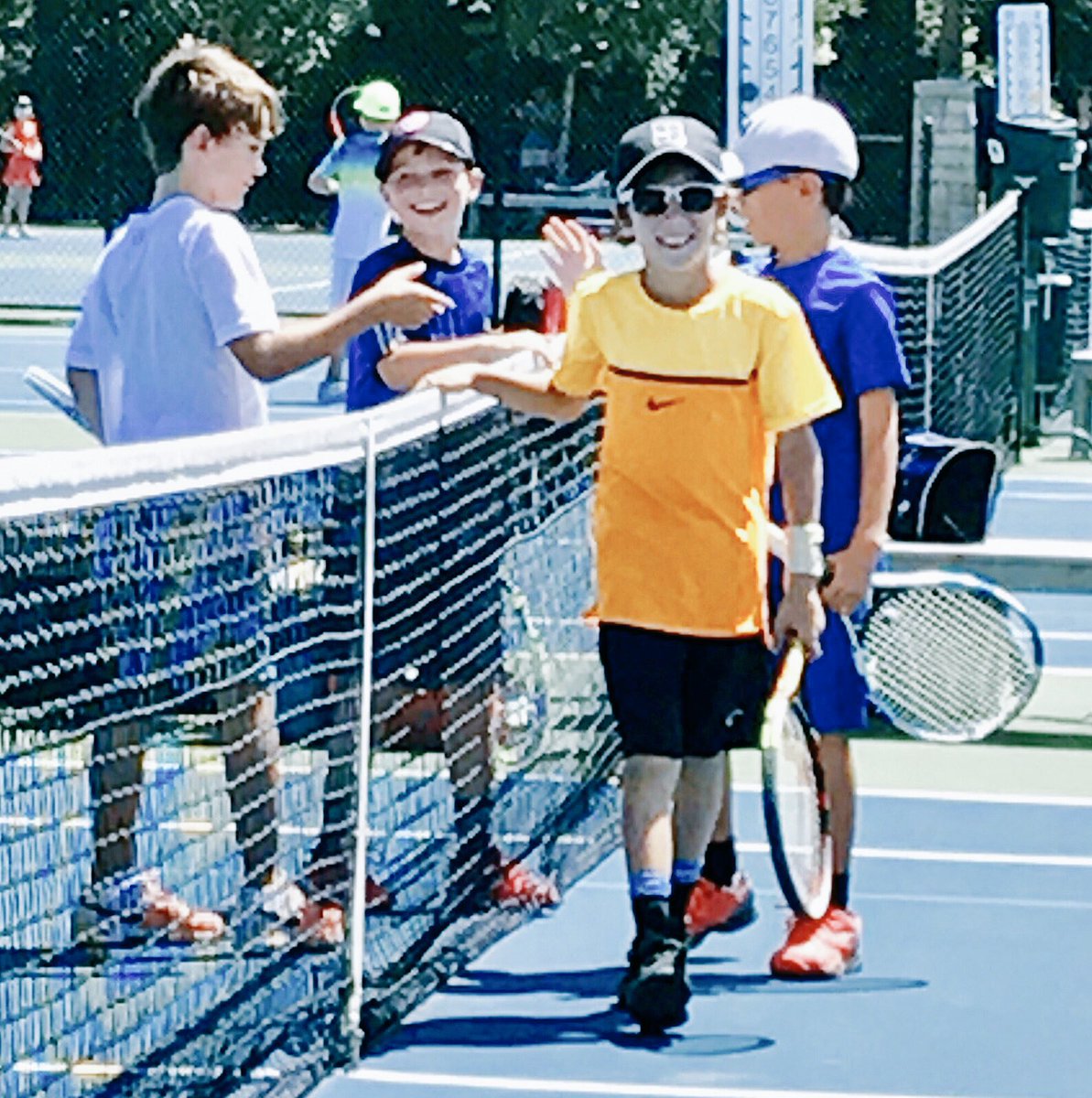 A few days ago, I received an email from fellow Tennis Parent, Scott Colson, telling me about a new 10-and-under team event – the BB&T Atlanta Open State Team Championships – that was taking place in Atlanta as part of the BB&T Atlanta Open and asking if I could possibly come out to see the kids in action. Of course, that was an opportunity I couldn’t pass up!

Yesterday, I drove up to Lifetime Athletic & Tennis Club, a facility I have been to a million times to see my son play. It’s a gorgeous club with indoor and outdoor courts, including pickle ball courts, a pool, fitness center, cafe, and even classrooms for those academy kids wanting to participate in the virtual school program offered by certified teachers on site.

I was curious about this new U10 event being run by experienced Tournament Director Turhan Berne. When I looked on the TennisLink site, here’s what I found:

Some of the players also had the opportunity to come in a day early and meet with Dr. Neeru Jayanthi for evaluation. Dr. J works closely with the junior tennis program at Lifetime and is in the midst of a long-term study of injury in junior tennis players. He put the State Team Championships players through an extensive evaluation that tested their flexibility, agility, and stroke analysis. He also spent time with the parents to identify points of concern for future injury and will be sharing that information with the individual coaches. Dr. J even came back out to the event yesterday afternoon to watch the kids compete and offer further insights. According to Tennis Parent Scott Colson, “We plan to continue checking in with Dr. J periodically to monitor [our son’s] progress. Dr. J runs an amazing program and is highly recommended.”

Back to the event itself . . . I love the idea of bringing our youngest players from neighboring states together to train and compete with their own coaches as well as other USTA coaches on hand to help. I also love the idea of pairing the event with a pro tournament so the kids can, as Wayne Bryan loves to say, “take it in through their eyes and ears.” Y’all know how I feel about short sets and no-ad scoring, so I won’t comment on that again. The cherry on top of this particular team event was that BB&T Atlanta Open Quarterfinalist and Georgia Tech rising senior Chris Eubanks came out to visit with the kids yesterday morning, giving them a chance to ask him questions and take photos. How cool!

But, instead of just hearing my take on the State Team Championships, watch my Facebook Live video and hear from some of the parents themselves (click on the Full Screen option to enable the audio):