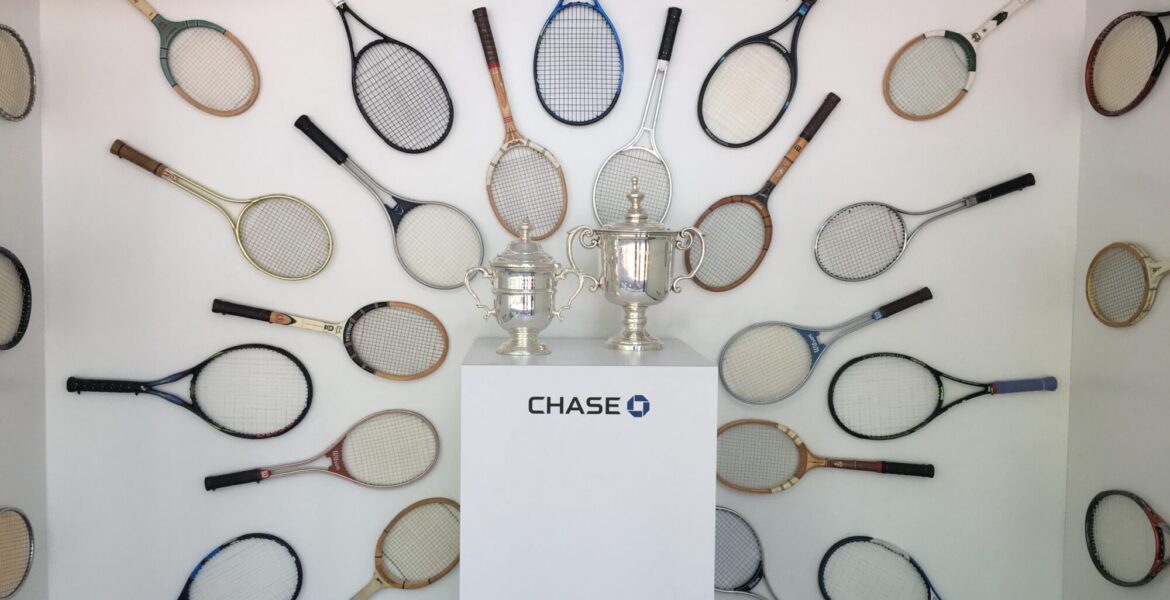 This was a very interesting US Open to say the least! Between the heat, the questionable decisions by various chair umpires throughout the two weeks, and the scoring and coaching rule changes for the Junior events, there has been plenty to write about and discuss. Now that the tournament is over, today’s post will highlight the things that stood out most for me.

First of all, congratulations to all the players – and their coaches and families – who competed in both the Qualies and Main Draws of the Juniors and Pro events! If you have a junior player, you know what type of sacrifices it takes week in and week out to help them learn and develop. The players competing in the Majors take that sacrifice to a whole different level. I just want to recognize them and let them know how much I enjoyed watching them compete these past two weeks. For details on the Junior Singles and Doubles Finals, check out Colette’s latest post here. All videos below are courtesy of USTA and the US Open.

As y’all know by now, the US Open Juniors had some new rules this year, some of which were used previously as well. All doubles matches used no-ad scoring (as Colette reminded me, this has been the case for several years now). Service lets were in play (as in the men’s college rules) for the boys and the girls. Coaching was allowed during matches as long as the player designated a coach at the start of the match. All players had to abide by a 25-second serve clock with the first time violation resulting in a warning, the second resulting in the loss of first serve, and the third resulting in the loss of a point.

Interestingly, during one of the junior matches, I noticed a player’s coach sitting at the top of the stands instead of courtside. During a changeover, I went over to the coach to ask why he chose to sit so far away from the court. Was it because his player didn’t like to have coaching during matches? He told me coaching was not allowed during Main Draw play, only during the qualies. When I told him the coaching rule as I understood it, he said it was only for the girls. I encouraged him to take another look and to confirm with the tournament supervisor since I knew I was correct but didn’t want him relying on me!

When I saw him later in the week, I asked what he had found out from the tournament office. He confirmed that I was correct and that he had been sitting courtside and guiding his player in his subsequent matches.

The reason I bring this up is because I thought it strange that the tournament wouldn’t have made the new rules very clear to both the players and their coaches. However, after talking to some other junior and college coaches, I found out the tournament DID make them clear by specifying the rule changes in the packet all coaches received when their player checked in as well as during the player meeting before first round matches began.

The onus is on the coaches and players to know the rules and to follow them. If I were paying a coach to work with my child at any tournament, especially one of the Junior Slams, I would be livid if that coach didn’t educate him/herself on the rules. There is simply no excuse.

That said, I really don’t like the on-court coaching rule, and y’all already know how I feel about no-ad scoring. On top of that, the junior doubles matches played a 10-point tiebreaker in lieu of a third set, another scoring change I dislike immensely. It will be interesting to see what the USTA and ITF decide to do moving forward with coaching and scoring. I suspect there will be several meetings in the coming weeks to discuss both these matters. I will let y’all know if I hear anything!

That brings me to the Women’s Singles Final between Serena Williams and Naomi Osaka. If you didn’t watch it, certainly you’ve heard by now about all the controversy. Here is a recap of what happened, first without commentary.

Of course, there has already been a lot written and discussed about what happened and why. In her post-match press conference, Serena said she felt she was treated unfairly, that male players have done and said much worse without penalty. Several male players confirmed her assertion via twitter as well.

I’m not here to argue gender fairness in our sport. After Alize Cornet was issued a warning for changing her shirt on court which prompted the tournament to send out an official statement regarding its policy, 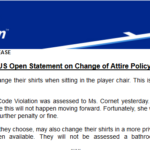 I have no doubt the rules are skewed to favor male players. That said, as I wrote above, there is no excuse for a player NOT to know the rules and to then put up a fight when they are called out for an admitted violation. You see, Serena’s coach, Patrick Moratoglou, admitted on camera he was coaching Serena during the match. Whether or not she could see or hear him is not the point. The violation was against the coach, and the player must bear the consequences. The same applies in junior tennis: if a parent misbehaves at a tournament, the player receives the penalty.

I don’t have a problem with the point penalty after the racquet smash either. We all know there are professional players who set a very poor example for our juniors in terms of on-court behavior, and I don’t think the officials do enough to discourage it. Where I do have a problem is with the game penalty at 4-3 in the 2nd set. This is where the official could have used his discretion and issued a soft warning to Serena that she needed to calm down or the next penalty would be in the form of a full game. Instead, he took offense at being called a thief and interpreted that as verbal abuse. And this is where, I believe, Serena felt the gender bias came into play. We’ve all heard the clips of male players cursing at officials with no consequences. It happens on a regular basis – just Google John McEnroe, Jimmy Connors, Andy Roddick, or, more recently, Benoit Paire. Carlos Ramos, through his rulings, changed the match, and that is not the official’s role. Much like what happened during the 2nd round Kyrgios-Herbert match when Mohamed Lahyani got out of his chair to speak with Kyrgios, which obviously had an impact on the outcome.

Is it time to do away with the chair umpire and line judges? Is our technology to a point now where we can rely on it instead? These are questions that will be discussed in depth now that the 2018 Majors are complete, and I suspect we will begin to see some real innovations moving forward.

Finally, one of the major topics of conversation – until the final weekend – was the extreme heat and the policies issued around it. I shared my feelings earlier this week. However, I thought I would expand on them now that the tournament is over.

Obviously, it was hot and humid in Flushing, maybe hotter and more humid than in past years. That said, pulling players off the court then making them wait several hours to finish their matches, or delaying the start of play several hours then putting players on court when the temperature is even hotter, makes absolutely no sense to me.

Thursday was Community Day at The Open, a day where it is free to enter the grounds and watch matches on all courts other than Arthur Ashe Stadium. That was the day where the tournament decided it was too hot and humid for the junior and wheelchair matches to go on court for the scheduled Noon start time. Although both Ashe and Armstrong now have a roof, the tournament left the roofs open allowing the men’s doubles to play on Armstrong (in the supposed extreme heat and humidity) and leaving Ashe empty until the evening women’s semifinals matches. Why didn’t they go ahead and close the roof on Ashe and put the scheduled matches on court? Why didn’t they close the roof on Armstrong and put the juniors there once the doubles were complete? Why didn’t they move the juniors to the indoor courts like they eventually did on Saturday and Sunday when the rain came?

These are all questions that need to be addressed by the tournament and by USTA in regards to other events. As I mentioned before, kids who compete in the South are repeatedly exposed to extreme heat and humidity, often playing multiple matches a day during tournaments. It’s been suggested that after what happened with Genie Bouchard in 2015 and her subsequent lawsuit against USTA, everyone is on hyper-alert in terms of player safety. That’s a good thing. Player safety should be at the forefront of any decision involving whether conditions are deemed playable.

I would argue, though, players who have trained and prepared properly, getting their fitness level at a place that gives them the advantage, should not be penalized when the thermometer reads 87 degrees. It is unfair. And the USTA needs to get together and come up with a heat/humidity policy that doesn’t discourage players from continuing to work hard on their fitness. The no-ad scoring, short sets, and 10-point tiebreakers have already been a tremendous set-back in that regard. I sincerely hope USTA doesn’t implement yet another change to the game that takes away the incentive to become the fittest athlete on the court.

See Ya Next Year!

That’s it for me and this year’s US Open! I hope you’ve enjoyed my coverage, including the video interviews and social media posts. I’m still working to improve the sound quality on the videos – if you have suggestions as to software that will help do this, please share them in the Comments below.

I’ll be back later in the week with more articles and a new podcast, so please be sure you’re subscribed to the site by entering your email address in the box on the right side of this page. You can also subscribe to the podcast via your favorite podcast app.