There Is A Team For Everyone

Tenicity: A Catalyst For Change 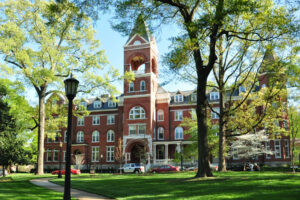 This past weekend, I drove just a few minutes from my house to a local DIII college campus to watch some tennis. Agnes Scott College, founded in 1889, is an independent national liberal arts female-only college located in the metro Atlanta area, with a student body size just over 900. The campus is small but beautiful with 6 varsity sports available to the athletically inclined, tennis among them. Its 6 lighted courts were refurbished in 2011, and are still in pristine condition.

Bleachers positioned above the courts make viewing a breeze for the fans who come out to support the Scotties, and a large parking lot adjacent to the courts is super convenient.

On the day I went to watch, there were about 50 people in the stands. It’s not a big number, but, given the size of the school, it is certainly a respectable one. Among the fans were students and student-athletes, parents, staff members, and community members like me. They were cheering on the players throughout the dual match, creating a lively atmosphere for the fans and players alike.

I should mention that my reason for attending the match was two-fold: to honor the memory of my friend, Sol, and to have an opportunity to meet the Agnes Scott coach, TJ Greggs. I figured that since I live so close to the campus, maybe I could volunteer with the team in some capacity. I wanted to get a feel for the team and its home matches in hopes of getting some ideas for where I might fit in. Of course, since the match was in  progress, I didn’t get much of a chance to chat with Coach TJ, but he assured me he would reach out once the season is complete.

I did, however, get a chance to talk quite a bit with Mark and Rebecca, the parents of an incoming freshman player, who came out to support their daughter’s future teammates. Both of them work at other universities nearby, but were thrilled for their daughter to be attending Agnes Scott in the Fall. I asked them about her decision, and they told me she had applied to many top academic schools and was really looking for a place where she could strike a good balance between her academic desires and her athletic ones. Throughout high school she worked very hard in the classroom while also finding time to play on her school tennis team and train with her personal coach. She wants to continue on that path over the next four years.

Looking at her UTR and that of the Agnes Scott team, this seems to be a great fit. And it just 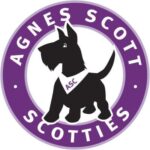 goes to show that there truly is a college team for almost everyone who wants to play at this level. If you look at the UTR of the Great South Atlantic Conference as a whole, you can see that the level is quite different than that of the Power 5 conferences. In my opinion, that’s a good thing. It means that a player who wasn’t at the top of the junior rankings – or who even focused solely on playing for his/her school as opposed to jumping on the junior comp circuit – still has the option of getting a college tennis experience.

I’m really hoping Coach TJ will find a way for me to be involved with his team next year – it seems like such a fun group of young women! Regardless, I will definitely be out there cheering on the Scotties and doing my part to #SaveCollegeTennis.