Acceptance, Going With the Flow and First Round Matches 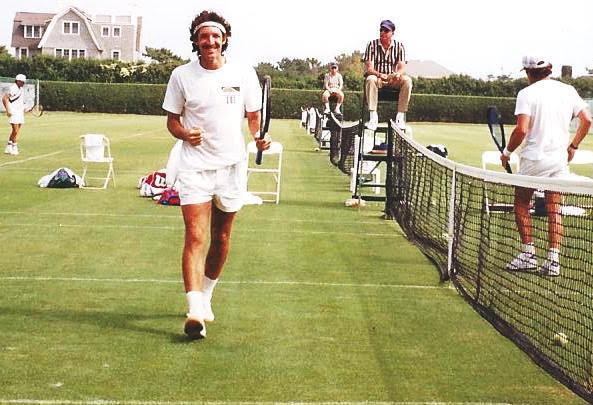 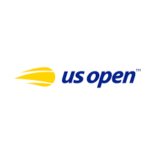 EDITOR’S NOTE: My friend, Bob Litwin, wrote the article below and gave me permission to share it with y’all. Bob is in the middle of playing the 70-and-Over Grass Court National Championships at the Philadelphia Cricket Club. He has won this tournament in the past and is the top seed in both singles and doubles this year. If you read “70-and-Over” and thought, “How tough can it be?” you would be surprised! These men and women are just as competitive in their 8th decade of life as they were in their 2nd!

In addition to playing competitive tennis around the world and writing articles and books, Bob is also a professional coach, working with business people, athletes, and others who need some help finding focus in their lives. He recently relocated from New York to Colorado with his wife and is now living, in his words, the best story of his life.

You may wonder why I chose to share this piece with you. It’s because of the words Bob writes below about accepting what is and what you cannot change. I think this is such an important lesson for our junior and college tennis players to learn and one that we can all take into our lives off the court as well.

The best laid plans often are affected by those things we can’t control. Rain all day on Sunday ruined the practice schedule I had planned so carefully. I love when stuff like this happens. It continues to train me in the all important spiritual skill of acceptance. Acceptance of the isness of situations. Acceptance doesn’t mean that I like it…or that I become passive. Acceptance helps reduce my negative attitude and helps me stay humble for those things that will happen in my future that aren’t what I want. Acceptance also opens my mind up to solutions about how to get the most of what seems like a bad situation.

So yesterday was a rare day of just chilling. Going with the flow. That is helpful work for when I play a tennis match…when things might not be quite the way I want. I get practice at going with the flow of a match, so important in doing what it takes to get the best possible result.

Monday morning brought clear skies and a chance to get on the grass for several hours of adjusting to the hugely different game from any other surface. The low bounce. Having to move towards the bounce rather than waiting for the ball to come to me. Experimenting with different serves. Dealing with the balls absorbing moisture front the grass and the balls getting heavy, forcing me to get more lift on all my shots. And, of course, the tricky footing of running on a slippery uneven surface, requiring smaller steps in order to maintain balance and to avoid slipping and falling.

Many of the the players were having a good time in their practice matches, while seeing old friends and chatting it up.

Me? I was having fun dialing in. Increasing my frequency of paying close attention on each shot. Being non reactive to errors. Correcting. Adjusting. Figuring it all out. I don’t like wasting moments. Time is too short. Every ball matters. By the time I finished some doubles and singles I felt pretty good. But not quite at the level that felt right. So after lunch I came back to the courts for another workout. I sought out one of the most experienced grass court players for a thirty minute mental and physical workout. I became aware of an important breakdown on my serve, when I try to make it too tough for my opponent to return my serve. I try to make to big a serve and end up missing too often. So I took it down a notch and made a higher percentage. Good catch for me as it will reduce the need to hit so many second serves.

Ok, so now it is end of day Tuesday. First matches are over. Singles this morning. As a top seed there is a lot of other people’s expectations. That used to be a problem for me as I felt that I needed to be something special. Not today though. I walked on the court knowing that I just would need to be Bob, playing as I can play. If I started to play for others, it could be nothing but trouble. When someone asked me who I was playing I said that I didn’t know but was pretty sure it was someone who would hit the ball in the court and that is what I would need to deal with. To me, he was a faceless opponent. As the tournament moves to day two it is hard to not know who I am playing, but I will treat each player as faceless. Just do my job. Bring my game. My opponent will do that too and one of us will win the match.

I was totally dialed in, not noticing who was watching and not caring who was watching. A good friend came to watch and I had no idea until I was walking to the locker room. That is a good sign for me about my state. I played most of the shots with deep focus, with respect for my opponent and caring that each ball was dealt with the same level of importance. Most is good. Tomorrow will need to be even more than most. My scores were representative of my focus as I won 6-1, 6-0.

Focus and calm are big keys for me. Staying chilled about the inevitable ups and downs of a match keeps me engaged. I am always aware of the statistics of the game, that even on a good day, I will win only 50-60% of the points. That means I am losing 40-50% of them. Comes with the game. If I don’t like those stats I should be playing a different game. Knowing the stats keeps me from getting upset with myself for missing what I might think are makable shots. I am forgiving of myself for my inability to be perfect. Whew. What a relief.

Doubles went well as Steve Gottlieb and I played like the top seeded team that we are. We were up 3-1 when it started to drizzle. That is a problem on the grass as slipping is not uncommon. I saw the officials were checking the surface and were soon going to postpone play. I have been there before and know the advantage of building as big a lead as possible in case we stopped. While our opponents might have been thinking about stopping, we accelerated and won three games in about ten minutes to take the first set. The drizzle stopped and our lead held as we won 6-1, 6-2. Our focus in the rain was a big part of the win. Any distraction while playing can be costly. We turned the distraction into focus.

Tomorrow is a new day with a tougher opponent in singles and in doubles.
So psyched to have to bring Bob to the court. No more. No less.