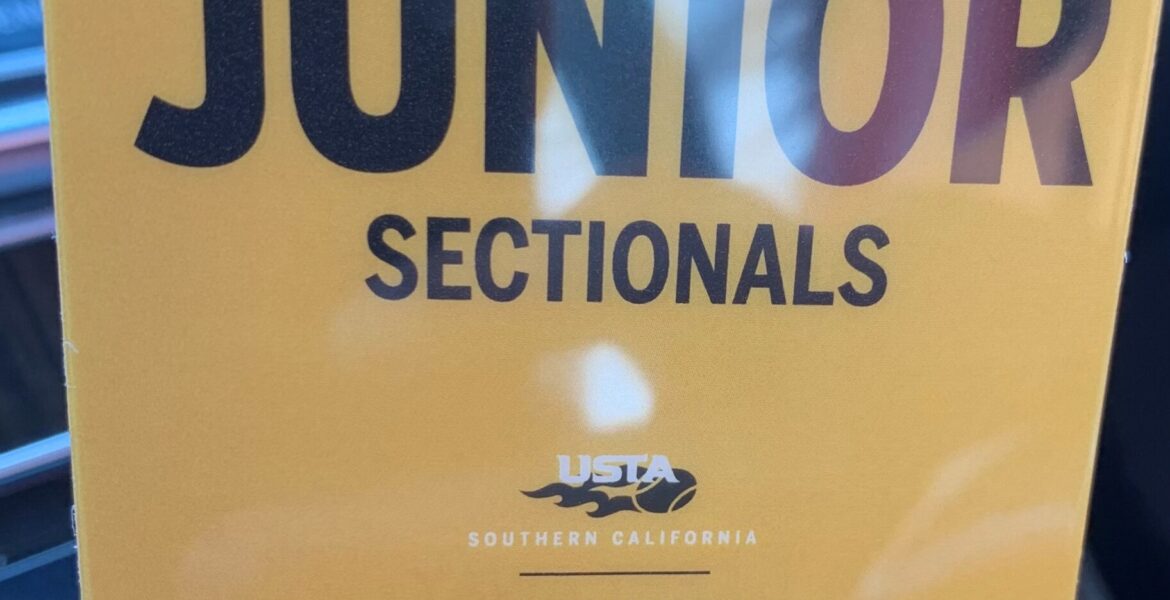 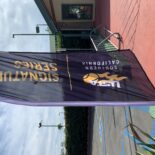 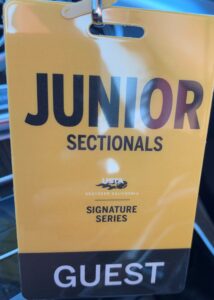 The 118th Annual USTA Southern California Junior Sectional Championships began yesterday at various sites around the section. As it so happens, the Boys and Girls 12s are being played at my club, Laguna Niguel Racquet Club. When I found that out, I reached out to Tournament Director and USTA SoCal Director of Junior Tennis, Trevor Kronemann, to see if I would be allowed on-site. He replied right away letting me know I was welcome to cover the event.

SoCal does things a bit differently with its tournaments, often holding them over multiple consecutive weekends. Because the section is confined to a relatively small geographic area – unlike my “home” Southern Section which spans 9 states – players can drive to the site for their match then return home the same day, eliminating or at least reducing the travel costs common in other sections. Interestingly, there were no 8am matches on the schedule yesterday or today, likely because the tournament wanted to give families the opportunity to commute each day without having to wake up and hit the road at the crack of dawn!

To be as safe as possible during the pandemic, the tournament is using the Virtual Tennis Desk from Match!Tennis App to get court assignments and report scores. There is still a physical tournament desk as you’ll see in the video below, but on-site tournament director, Jaycee Cruz, had very little face-to-face contact with the players, parents, and coaches that I could see. Roving umpires were masked and handling any on-court issues. Almost everyone on site seemed to be following the mask rule though social distancing was hit or miss.

Like I mentioned, only the Boys and Girls 12-and-under division is being played at LNRC, so that’s where my focus will be. I was able to get out and watch a few matches yesterday in hopes of getting to know some of the area juniors and their families. The top 2 seeds in both draws – Julieta Pareja and Ashley Liang on the girls side and Rishvanth Krishna and Kai Beeler on the boys side – all made it through their first rounds pretty handily and will be playing Rounds 2 and 3 starting later this morning.

I posted some live video on the ParentingAces Facebook page yesterday and will be doing the same on our Instagram today. Hope you’ll tune in and come say hello if you’re on site.

For full results and today’s schedule, go to the tournament website here.