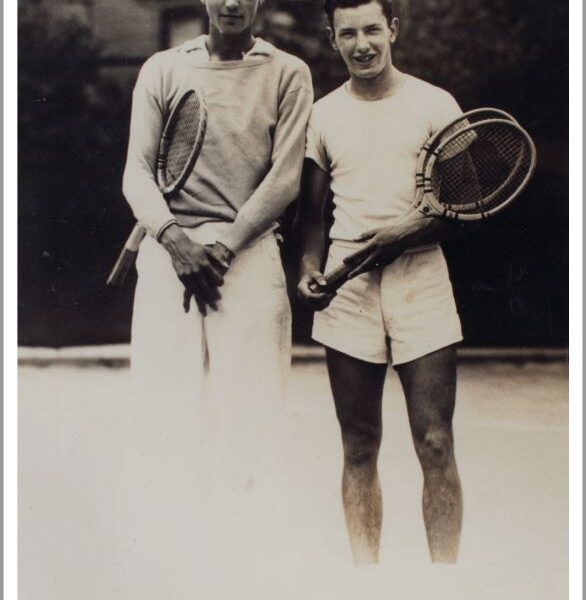 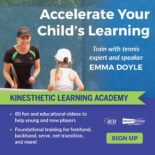 The following Guest Post was written by Richard Coyle and reprinted here with his permission. It is a wakeup call to all potential donors and scholarship recipients as to a university’s obligation when receiving a targeted donation. Please read and use caution when donating and/or evaluating scholarship offers for your children.

This is precisely what the University of Wisconsin did in my family’s case by forgoing promised accountability, transparency, and an institutional commitment to protecting donor intent and ethical standards.

The results were disastrous. Donor intent was violated. Generations of student-athletes have been deprived of scholarships for their education. Wisconsin taxpayers were short-changed. UW’s reputation is tarnished.

Overhanging those failures sits one fundamental question: Is Wisconsin truly committed to their own principles and earning back the trust required by future donors?

Pages 26- 27 of the just-released “Intelligent Donor’s Guide to College Giving: Transformative Philanthropy in Higher Education” (click here to read the guide) reports how in the Summer of 2016 administrators at Wisconsin took just 60 days to deny the proper stewardship necessitated by donor intent regarding our family’s heartfelt $500,000 bequest to establish a legacy athletic scholarship program.

To an institution like the University of Wisconsin, whose $3 billion endowment makes it the 32nd wealthiest university in America, a gift of $500,000 may not mean much. To me, however, my family’s donation was not just another gift but was meant to be a true reflection of the legacy of my father’s life. He credited his success to the education he received at the University of Wisconsin and to his experience in its tennis program. He was a scholarship student himself. It was in his honor, my mother left a bequest supporting “the tennis program,” so that other students would have the same head start in life.

When the charitable gift was codified in 2013 and again in 2015 when the UW Foundation was notified of its imminent distribution, the words “tennis program” did not mean “facility projects”, “capital campaign”, “stadium renovation project”, “outdoor tennis stadium renovations” or even “student projects”—all terms Wisconsin later used to describe its opaque diversion.

Our gift was cash, inherently restricted and neither a pledge nor conditioned upon Wisconsin raising an additional $1,500,000 for some unknown $2,000,000 capital project.

According to its belief statements, University of Wisconsin Foundation recognizes that:

“authentic lifelong relationships and engagements with alumni, donors
and friends are fundamental to sustaining the reputation and continued
success of the University…the highest level of stewardship and fiduciary
responsibility in finance, investment, data and gift administration is vital to
maintain trust with our stakeholders.”

Yet, their actions say otherwise. Not long after receiving the bequest, their Board of Regents granted the Athletic Department’s unusual request for an exception to the Regent Policy of automatically placing all bequests greater than $250,000 into an endowment from which only the income from the gift is made available for expenditure [Regent Policy Document 31-15]. Perhaps the school was not required to issue a gift agreement, notify the donor, or obtain written consent.

The direct result, we first confirmed in 2019, was the complete expenditure of the bequest principal. Instead of respecting a heartfelt $500,000 legacy bequest as the recognized endowment to fund an annual scholarship in perpetuity for men and women in varsity tennis, Wisconsin diverted the entire philanthropic gift to a one- time recreational capital expense project—for use by “students, faculty and staff”— completed in September 2019.

Wisconsin made an unfathomable choice in pouring a 4-inch concrete slab to build one outdoor court rather than fund scholarships to educate student-athletes forever. To this day, Wisconsin continues to deny donor intent, fund scholarships and exemplify responsible stewardship.

The story of my family’s gift is not promising for alumni, donors, schools, Wisconsin taxpayers or any of the many higher education associations guiding an important industry confronting innumerable challenges. Colleges and universities need donors to trust them if they expect to receive the philanthropic support they require to thrive.

• The donor base for higher education philanthropy is declining [“Fixing the College Fundraising Crunch”, 2018, Chronicle of Philanthropy and the Chronicle of Higher Education].
• A third of Americans plan to give less or no money at all to charities in 2021 [Survey, Eagle Hill Consulting, November 30, 2020].
• “No other institution has shown a larger drop in confidence over the last 3 years than higher education.” [Gallup 2018, “College after Covid”, Claremont Review of Books Fall 2020].
• Average college tuition costs have increased by 37% during the last decade, as student debt has never been greater [Los Angeles Times, April 2, 2020].
• Two-thirds of college graduates have an average of $28,000 student debt [How Colleges Spend Money, ACTA, June 2020].
• The four-year graduation rate at the University of Wisconsin-Madison is 61% [ibid. and National Center for Education Statistics].

What can Wisconsin do now to restore trust?

First, of its own accord, it can honor its own Regent and Foundation policies to refund the entire charitable donation.

Second, it can accept the offer from the American Council of Trustees and Alumni to help review its policies and procedures, in light of growing industry standards, and become a Best in Class steward.

Third, Wisconsin can collaborate with the entire philanthropic community to redefine stewardship in reasonable, pragmatic and mutually beneficial terms. Stewardship must come to be measured by substantive standards.

Much is written about “donor intent.” Unless colleges and universities want donors themselves to incorporate more administrative controls and steward their own gifts by severely restricting inputs from colleges and universities with a “take it or leave it” offer, recipient institutions will have to redefine themselves by adopting a donor’s heart and become far more consumer protective. Adhering to substantive stewardship standards will be a start.

Change and improvement are possible, especially among institutions really dedicated to the educational process. Together these actions can be seen as affirmative stewardship to help restore credibility, grow the donor base, increase the average donation, reduce reliance on government funding, and manifest its proclaimed Wisconsin Idea.

But if not corrected there will always be plenty of deserving American charities and other causes warranting charitable support. Within the college tennis community alone there are 19,500 student-athletes welcoming scholarships and stipends at America’s 1,200 tennis schools—including those some 400 students at UW- Green Bay, the University of Minnesota, University of Connecticut and another 50 NCAA tennis programs which were recently dropped because of reduced football and basketball revenues.

Hopefully the next and 4th edition The Intelligent Donor’s Guide will report how the University of Wisconsin finally corrected its failures and actively restored donor trust. Wisconsin needs to adopt a donor’s heart and abide by its own promises of stewardship. The continuing cause for higher education, at the lowest possible price, deserves better. And the important contributions uniquely derived from college tennis deserve legacy scholarships.

As Dino Bilankov writes. “Life lessons I learned on the court, as well as the friendships I established on and off the court, allowed me to successfully start my professional career on Wall Street, to get my MBA from Harvard Business School and now work directly with the executive team of one of the largest healthcare companies in the world. [“Dear Minnesota Men’s Tennis” by Dino Bilankov].

For the rest of my story, read the complete “Intelligent Donor’s Guide to College Giving: Transformative Philanthropy in Higher Education” and draw your own conclusions.

On behalf of my parents, Lou and Doug Coyle

PS: For more about how a Gopher tennis scholarship from Coach Geoff Young created a thankful “Doug Coyle” American life for a Croatian athlete, two-time team captain 2006-2010 with a 70-42 singles record, and twice Academic All Big Ten, read the full text of his open-letter at www.wearecollegetennis.com/2021/01/22.

Art Nielsen Senior [who founded A.C. Nielsen Co., Nielsen TV Ratings, with start-up funds from his University of Wisconsin Sigma Phi frat brothers] recruited Doug Coyle to drop Harvard and accept 2 scholarships at UW. Senior was the UW tennis captain 1916, 1917 and 1918. He and his son, Art Nielsen Junior, won the US Father/Son Nationals in both 1946 and 1948…and both are in the International Tennis Hall of Fame.

Doug’s wife and son, Lou and Richard, honor Doug [who had “paid it forward” by creating the Sigma Phi Scholarship Fund to help defray their UW costs] by donating $500k to promote tennis, recognize and “honor” the Nielsens’ charity, and fund scholarships. The family never would have given UW anything had there never been the Nielsen influence/friendship. Relationships matter.