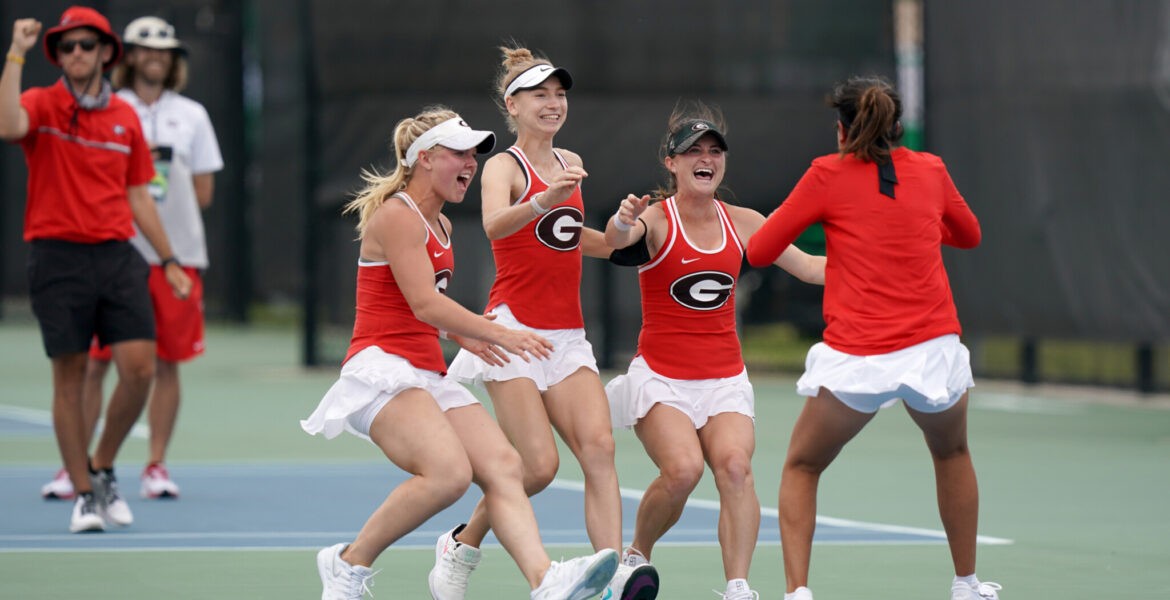 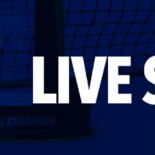 Today was Day 1 of the final rounds of the NCAA DI Team Championships at the USTA National Campus in Lake Nona, FL. I’m not there in person this year but am following the results online through the TennisONE app and through a virtual media credential from USTA/NCAA (thank you to Dan Pyser!). I will be sharing results and pertinent info each day throughout both the team and individual championships. For more in-the-moment information, be sure to follow @crackedracquets and @college10s2day on Twitter.

Today, the Final 16 Women’s teams played their 3rd round matches. Here are today’s results (write-ups and photos courtesy of NCAA/USTA):

The sixth-seeded NC State Wolfpack kicked off the 2021 NCAA DI Women’s Tennis Championships Round of 16 at the USTA National Campus in Orlando, Fla., with a 4-1 win over USC.

NC State quickly secured the doubles point, a strength of this Wolfpack team, to take an early 1-0 lead. Abigail Rencheli gave NC State a 2-0 advantage with a 6-1, 6-3 win on the No. 5 court before USC’s Salma Ewing got the Trojans on the board winning No. 1 singles, 6-4, 6-2.

This win advances NC State to the quarterfinals at the NCAA Championships for the first time in program history.

The No. 3 Georgia Bulldogs made a victorious return to the USTA National Campus, where they reached the team final at the 2019 NCAA Championships, defeating the No. 14 seed Virginia Cavaliers, 4-1.

The teams split the No. 4 and No. 5 courts as Georgia took a 3-1 lead with all the remaining matches heading into a third set. Georgia’s Lea Ma upset Virginia’s Natasha Subhash, who was ranked No. 9 in the ITA’s singles rankings, to clinch the match for the Bulldogs.

A battle of ITA Top 5 players on the No. 1 court went unfinished, as Georgia’s Katarina Jokic, ranked No. 4 in the ITA singles rankings, led 5-3 in the third set over Virginia’s Emma Navarro, the third-ranked player in the country.

The No. 7 Florida State Seminoles knocked off the No. 10 Texas A&M Aggies to advance to the quarterfinals of the NCAA DI Women’s Tennis Championships.

Florida State rallied at No. 1 doubles to secure the all-important doubles point before Texas A&M’s Jayci Goldsmith quickly evened up the score at 1-1 with a 6-0, 6-3 win at No. 2 singles.

Victoria Allen gave the lead back to the Seminoles with a win on Court No. 5, but the Aggies’ Tatian Makarova prevailed in a matchup of ITA Top 25 singles players in No. 1 singles to, once again, tie the score.

Florida State won a pair of three-setters on the No. 3 and No. 4 courts as senior Nandini Das clinched the victory for the Seminoles.

The No. 2 Texas Longhorns defeated the No. 15 Ohio State Buckeyes to advance to the quarterfinals of the NCAA Division I Women’s Tennis Championships.

Texas quickly captured the doubles point, followed by Lulu Sun cruising to a 6-1, 6-1 win on Court No. 3 to give the Longhorns an early 2-0 lead.

Ohio State’s Irina Cantos Siemers got the Buckeyes on the board with a dominating 6-2, 6-0 win at No. 1 singles, but from there it was all Texas as Charlotte Chavatipon prevailed at No. 4 singles and senior Anna Turati clinched the win on Court No. 2 with a 6-1, 7-5 win.