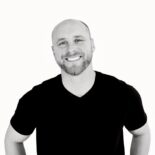 Today was Men’s Day at the 2021 NCAA DI Tennis Championships at the USTA National Campus in Florida. The following details and photos were provided by USTA and NCAA and are shared with their permission. As mentioned in yesterday’s article, I am covering this year’s Championships virtually.

The No. 11 Georgia Bulldogs kicked off the third round at the NCAA DI Men’s Tennis Championships with a thrilling 4-3 win over No. 6 North Carolina to join the Georgia women’s team in the quarterfinals after the Bulldogs women advanced yesterday.

Georgia secured the all-important doubles point and Philip Henning gave the Bulldogs a 2-0 lead with a win on Court No. 3.

North Carolina would even up the score at 2-2 with wins at No. 4 and No. 2 singles by Brian Cernoch and Rinky Hijikata, respectively.

After splitting the No. 1 and No. 6 courts as North Carolina’s William Blumberg (No. 1) and Georgia’s Erik Grevelius (No. 6) both prevailed, all eyes came down to Court No. 5 between the Bulldogs’ Billy Roe and the Tar Heels’ Josh Peck.

Rowe battled through a tough two-set match to secure the upset victory for Georgia with a 7-6(6), 6-4 win.

I had the opportunity to talk with UGA Head Coach Manny Diaz after the win. “We’ve come a long way, ” Diaz shared. “We were 1 and 4 in [conference] SEC play and have won 12 of the last 13. There’s been definite growth in this group.”

When I asked what made the difference against such a strong UNC team, Diaz answered, “There’s no magic pill. It took everybody competing at the best of their ability.”

UNC Head Coach Sam Paul had this to say about today’s match: “Congratulations to Georgia, they played a great match. I’m really proud of my seniors and the fun ride they’ve taken us on, but it just wasn’t our day. It’s very painful, especially for our fifth-year seniors who’ve had such successful careers at Carolina. But Georgia out-played us today.”

The No. 3 Tennessee Volunteers survived an upset bid by the unseeded Arizona Wildcats to advance to the quarterfinals at the NCAA DI Men’s Tennis Championships.

Tennessee cruised to victory in doubles, but Arizona would quickly tie up the match with a win at No. 6 singles by Carlos Hassey.

Tennessee’s Martim Prata regained the lead for the Volunteers on Court No. 3, but wins by Jonas Ziverts and Alejandro Reguant on Courts No. 2 and No. 5 gave Arizona it’s first lead of the match at 3-2 in the program’s first ever appearance in the NCAA Round of 16.

Luca Widenmann evened the match at 3-3 with a three-set win at No. 4 singles, setting up court No. 1 as the deciding match.

Tennessee senior Adam Walton rallied after dropping the second set to prevail 7-5, 1-6, 6-2 to send the Volunteers to the quarterfinals. “To be honest, in the last game I just told myself, ‘Just swing.’ Because I knew even if he held, I was going
to get a chance to serve for it. And I was pretty tired, so I didn’t really want to waste too much energy trying to break him. I thought I’d just swing, and whatever happened happened. I ended up hitting a couple of winners early, and then I got to match point and hit a return, and he hits it into the net. It was a great feeling for sure.”

Tennessee faces UGA on Wednesday. UGA Coach Manny Diaz is looking forward to the re-match. “We played them very, very close back in March with two of our guys out of our lineup. We’ll focus on recovery and taking care of the little details between now and Wednesday. Our belief has come a long way. We believe we still have work to do down here.”

The No. 7 TCU Horned Frogs advanced to the quarterfinals at the NCAA DI Men’s Tennis Championships, knocking off the Ohio State Buckeyes, 4-1.

TCU won the doubles point but Ohio State quickly evened the match at 1-1 with a convincing 6-4, 6-0 win at No. 1 singles by John McNally.

TCU freshman Tadeas Paroulek clinched the match on Court No. 5 with a 6-4, 6-1 win to send the Horned Frogs on to the quarterfinals, where they’ll face Big 12 rival Baylor.

The No. 2 Baylor Bears advanced to the quarterfinals at the NCAA DI Men’s Tennis Championships, defeating the No. 15 Ole Miss Rebels, 4-1.

Baylor secured the doubles point and Nick Stachowiak quickly doubled the Bears’ lead with a 6-4, 6-0 win on Court No. 4.

The No. 4 Texas Longhorns battled back from the brink of upset on the very same courts they won their first national title in 2019 to defeat No. 13 South Carolina, 4-3.

South Carolina took an early lead by winning the doubles point and extended the lead to 2-0 with a 6-3, 6-2 win at No. 5 singles by Jake Beasley.

The match turned on Court No. 1 as Texas sophomore Eliot Spizzirri rallied from down a break in the third set against South Carolina’s Daniel Rodrigues, the No. 2 singles player in the country, to pull off the 6-3, 2-6, 6-4 win and tie the match at 3-3.

On court No. 6 Evin McDonald secured the Longhorns’ comeback with a 3-6, 6-4, 7-5 win as Texas improved to 7-1 on the year in matches that came down to the final singles match.

The No. 12 USC Trojans pulled off the biggest upset of the tournament to-date, knocking off No. 5 Virginia to advance to the quarterfinals at the NCAA DI Men’s Tennis Championships.

Lodewijk Weststrate put the Trojans on the verge of victory with a 6-3, 7-5 win at No. 5 singles and sophomore Stefan Dostanic clinched the upset with a 6-3, 5-7, 6-2 win on Court No. 3. USC will play defending champions Texas in the quarterfinals.

The No. 1 Florida Gators closed out the Round of 16 at the NCAA DI Men’s Tennis Championships with a 4-0 win over No. 16 Illinois.

The Gators earned a hard-fought doubles point to take an early 1-0 lead in front of a pro-Florida crowd.

Blaise Bicknell clinched the victory at No. 4 singles to send Florida to the quarterfinals.

The No. 8 Texas A&M Aggies cruised to the quarterfinals at the NCAA DI Men’s Tennis Championships, defeating Mississippi State, 4-0.

The Aggies secured the doubles point and Hady Habib, the third-ranked singles player in the country, gave Texas A&M a 2-0 lead with a 6-4, 6-1 win at No. 2 singles.

The Aggies will take on SEC rivals and tournament No. 1 seed Florida Gators in the next round on Thursday.