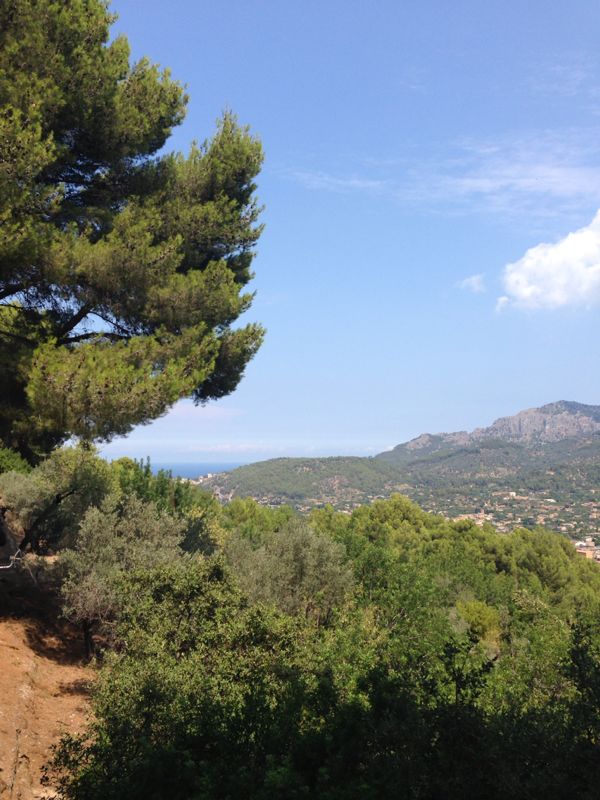 My son’s month in Mallorca came to an end on August 30, 2013. He returned home to Atlanta safe and sound, maybe a bit taller, more than a bit stronger, and definitely more mature and responsible.

As we expected, additional information about his time in Mallorca has come to light since his return. My son has shared his experiences with the other players training there and his experiences with the various coaches – both on and off the court. We found out that he had a narrow escape with an early exit his first week, something neither he nor the coaches informed us about at the time. Instead of calling home in a panic, my son handled the situation himself, making amends for his transgression, and was allowed to stay and flourish for the remainder of the month. Whew!

We also found out that the first week was really tough – even tougher than my son let on when we spoke to him – but that things got progressively better as he became acclimated to the expectations and intensity of the Global Tennis Team program. He played a tournament each week of his stay, progressing and even eventually winning his final event, beating a player he had lost to in the early days there. The coaches were very pleased with his development over such a short period and encouraged him to keep working hard once he returned home.

Perhaps one of the best things that came out of this experience was my son’s recognition that his version of 100% effort really wasn’t 100%, that he had more inside of himself to give. It took some tough words from Jofre to spark that realization, but once it hit, my son was able to train at a much higher level and to see that he could set his goals a bit higher because he had it within himself to reach them with hard work and commitment. He brought that realization home and shared it with his coach, Julius, in hopes that they can continue to build on that foundation created in Spain. My son told Julius that he now understands that what happens on the court should stay there, that just because a coach is harsh during training doesn’t mean he can’t be your friend and confidant once the training is done. Because Julius is generally such a nice guy, my son wasn’t sure Julius could be tougher on him during their training, but Julius assured him he can be as tough on him as he needs!

My son has met with both Julius and his fitness trainer, Marcus, to discuss the specifics of his daily routine at Global. While he was still in Mallorca, he even went so far as to write notes about the drills and workouts each day so he could replicate them at home. He has seen what’s available to him internationally, tennis-wise, and he wants a piece of it! My hope is that his enthusiasm stays with him as he faces the inevitable ups and downs of being back at home and back at school – the rules and laws here are certainly much different than what he experienced in Mallorca. To his credit, though, he has adapted well and is even getting himself up on time for school – an enormous improvement to our morning routine!

Another “best thing” that came out of the trip was the post-training evaluation sent to us by Jofre. I’ve never received such a detailed report on my son’s training and competitive strengths and weaknesses, including not only his tennis strokes and movement but also his attitude and “mentality” as Jofre dubs it. And, coaches, take it from me: this kind of thing goes a very long way with us parents. The report was formatted in 4 sections: Introduction, which included a summary of his progression and commitment; Technique, which discussed his forehand, backhand, return of serve, and volley; Tactical, which addressed the pattern of his game, strategy, tactics, and mentality; and Conclusion, which finished with this very thoughtful statement: “Well-aimed ambition helps us grow as human beings.”

If you are considering a program like Global for your junior, I am more than happy to chat with you in more detail about my son’s experiences. All of my contact information is on the About Lisa page of this site, so please don’t hesitate to reach out to me.