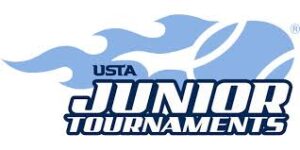 I know. I’m a bit late on this post, but better late than never, right?

A few weeks ago, I emailed one of my contacts on the USTA Junior Competition Committee to find out if there were any changes to junior comp for this year. While there are no significant changes in 2018, here is one that went into effect January 1, 2018 (found here):

Rationale: Many Sectional Associations have begun using ratings either as a tool for seeding or
as the computerized list used to order some or all of the seeds. While the USTA Junior National
Tournament, Ranking, and Sanctioning Regulations permit the use of ratings as a tool to seed,
the USTA Regulations that apply to non-national Junior tournaments do not explicitly permit
their use, leaving it vague as to whether this practice is permitted. The Committee believes it is
time for the USTA Regulations to conform explicitly with the growing practice of using ratings
to seed junior tournaments. The Adult Competition and Wheelchair Committees have been
consulted and support including ratings as a seeding method for tournaments in their respective
divisions.

What impact will this have? Speculation is that the growing popularity of UTR is going to greatly affect USTA junior tournaments. UTR hosted 75 events in 2016 and 750 in 2017 with a big expansion planned for 2018. USTA seems to understand that it’s time to embrace UTR as evidenced by last week’s joint event held at the USTA National Campus in Lake Nona. That said, USTA tournament organizers have reported that now nobody wants to be the top seed in any event for fear of negatively impacting their rating with UTR. In 2017, kids in 12’s and 14’s Zonals started pulling out after arriving at the event because the UTR of their opponents wasn’t high enough.

My interpretation is that there is still a misunderstanding of UTR and how it is meant to be used in terms of junior development and competition. With its recent infusion of capital and new partnerships, UTR is here for the long-term. Parents and coaches need to take some time to educate themselves on the Universal Tennis Rating model. ParentingAces has published several articles and hosted several podcasts on UTR, so please take the time to read and listen to them. You can find them easily by typing “UTR” in the search bar on the top right of this page.

You can find the 2018 National Junior Competition Schedule here.  There are still no details (location, draw sizes, etc.) listed for the following events, but I will update as soon as I hear something:

While I can’t find an updated National Points Per Round Ranking Points table for 2018,  some of the sections seem to have updated their own PPR tables. You should check with your section’s head of Junior Competition (click here for a list by section) to see if any changes have been made. Once USTA National publishes its 2018 table, I will update this article with the link.

If there are any other changes you are aware of, please add them in the Comments below. Wishing all of you a successful 2018!