Great News for an Up-and-Coming US Player

Neurology & Past Belief Systems in Sports 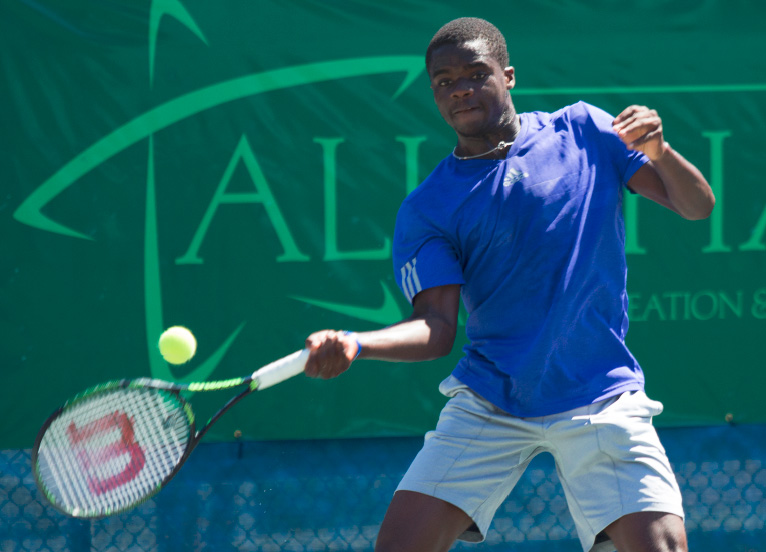 The following is from a press release provided by USTA Public Relations. This week’s ParentingAces radio show will focus on another young US player, Reilly Opelka, who recently turned pro with an inside look at his development through the juniors and his decision to forego college for the Tour. Reilly’s dad, George, will be my guest so be sure to tune in Tuesday at 11am ET!

The race for the women’s wild card concludes next week at the $50,000 USTA Pro Circuit women’s event in Indian Harbour Beach, Fla.

Frances Tiafoe, 17, of College Park, Md., will make his Grand Slam main draw debut after earning a main draw wild card into the French Open by winning the 2015 Har-Tru USTA Pro Circuit Wild Card Challenge. Tiafoe, who turned pro in early April and is currently ranked a career-high No. 381 in the world, clinched the wild card yesterday evening by winning his semifinal match at the $50,000 USTA Pro Circuit Challenger in Tallahassee, Fla., against fellow American Tennys Sandgren. Today, Tiafoe competed in his first career USTA Pro Circuit Challenger final in Tallahassee against Facundo Arguello, battling in three sets. Tiafoe finished the wild card challenge with 77 points, reaching the Tallahassee final and advancing to the semifinals of the $50,000 Challenger in Savannah, Ga., and the quarterfinals of the $100,000 Challenger in Sarasota, Fla. Tiafoe led the Har-Tru Wild Card Challenge standings throughout the three weeks of the challenge.

“I am excited to play in my first career main draw Grand Slam,” says Tiafoe. “This is a big opportunity for me, as it’s a stepping stone for my career. I plan on competing as hard as I can to give myself the best chances to win.”

The USTA awards one men’s and women’s singles wild card into the French Open to an American, who may not have otherwise had the opportunity, based on results on the USTA Pro Circuit. The USTA and the French Tennis Federation have a reciprocal agreement in which wild cards into the 2015 French and US Opens are exchanged. USTA Player Development awards the men’s wild card to the player who earns the greatest number of ATP ranking points at a series of USTA Pro Circuit clay-court challengers—$100,000 Sarasota and two $50,000 events in Savannah and in Tallahassee.

The women’s Har-Tru Wild Card Challenge concludes next week with the $50,000 event in Indian Harbour Beach, Fla. Louisa Chirico, Katerina Stewart, and Allie Kiick are frontrunners, as Chirico won the $50,000 event in Dothan, Ala., last Sunday and Stewart will be competing in her second consecutive USTA Pro Circuit final tomorrow in Charlottesville, Va., set to face Kiick.

Tiafoe won his first USTA Pro Circuit singles title earlier this year at the $15,000 Futures in Bakersfield, Calif. He also reached two additional USTA Pro Circuit singles finals earlier in the year and served as a practice partner for the U.S. Davis Cup team against Great Britain in Scotland this March. Last year, Tiafoe competed in US Open qualifying, but has never competed at any other Grand Slam event.

As a junior, Tiafoe ascended to No. 2 in the ITF World Junior Rankings last year and reached the boys’ singles semifinals at the 2014 US Open. He won the prestigious Orange Bowl International Tennis Championships in December 2013 in Plantation, Fla., becoming the youngest Boys’ 18s champion in the 67 years of the event. He also took the title at the 2014 Easter Bowl junior tournament and reached the final of the 2014 USTA International Spring Championships. In 2012, Tiafoe won two significant 14-and-under tournaments (Les Petits As in Tarbes, France, and Teen Tennis in Bolton, England) and helped lead the United States to a gold medal in World Junior Tennis—the premier 14-and-under team competition. He is a product of the Junior Tennis Champions Center in College Park, Md., a USTA Certified Regional Training Center, where he is coached by Misha Kouznetsov and Frank Salazar. Tiafoe’s upbringing has been the subject of national attention, as he and his brother, Franklin, practically grew up at the JTCC while their father, an immigrant from Sierra Leone, worked there as a maintenance man.

The USTA first used this wild-card challenge format for its 2012 French Open wild cards, won by Melanie Oudin and Brian Baker. Oudin and Baker each advanced to the second round at that year’s French Open and subsequently broke into the Top 100. In 2013, Alex Kuznetsov and Shelby Rogers earned the wild cards, with Rogers winning her first-ever Grand Slam singles match at the French Open. Last year, young American Taylor Townsend and veteran Robby Ginepri earned the wild cards, with Townsend becoming a top storyline at Roland Garros by reaching the third round.

The final men’s standings are as follows:

Har-Tru Sports, the leading provider of clay tennis courts, is in its third year as title sponsor of the challenge. In conjunction with the wild card challenge, Har-Tru is launching a new campaign to recognize court maintenance professionals through the “Love Your Court, Love Your Game” campaign and also introducing “Court Care Professionals Day” on June 7. Har-Tru’s “Love Your Court, Love Your Game,” campaign and contest empowers tennis players, club staff and contractors to nominate their court-care professional(s) who go above and beyond to create great playing experiences for their members. The impetus of this campaign is to demonstrate appreciation for the people who create an optimal tennis environment that is key to players’ success. Fans of all ages can create a video, showcasing their appreciation for court-care professionals and the impact their work has had on their game. The winner or winning team’s video will be announced on Sunday, June 7, which will also mark “Court Care Professionals Day,” and receive a $5,000 cash prize. Submissions can be made by visiting www.loveyourcourt.com.

Information on the Har-Tru Wild Card Challenge is available at www.procircuit.usta.com and www.HarTru.com.