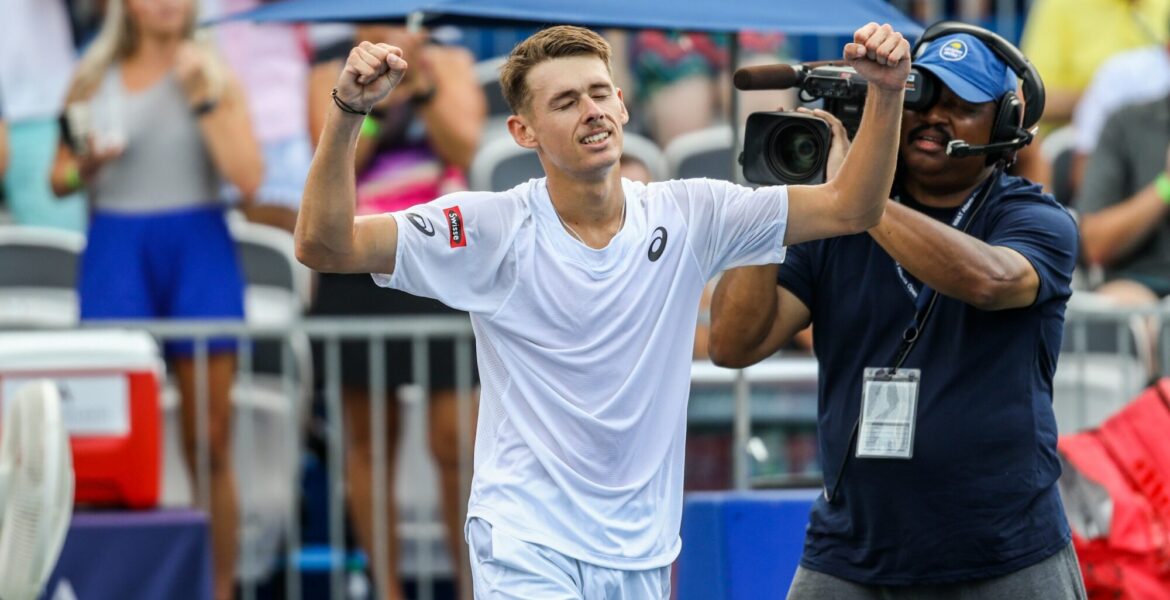 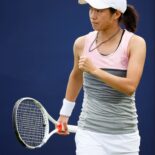 It Gets Lonely Out There with Danielle Lao

Congratulations to Alex de Minaur – the youngest ever BB&T Atlanta Open champion – and to Dom Inglot and Austin Krajicek!

It was the perfect weather for yesterday’s BB&T Atlanta Open Singles and Doubles Finals. The sun was out, there was a slight breeze, and the clouds provided just enough coverage to keep things semi-comfortable on a July day in Atlanta.

I arrived at Atlantic Station about an hour before the matches began so I could stop by the Media Office and pick up my ticket. As it turns out, I got there just in time for the annual Media Prize Raffle where Media Director Rick Limpert was giving away gift cards and prizes to his volunteers and members of the media. Sadly for me, I didn’t win anything, but I love the tradition at this event!

Once I arrived at Stadium Court, I saw nets set up for Net Generation. Before the matches began, a group of young players came out for a short demonstration:

The singles final between 21-year-old American Taylor Fritz and 20-year-old Australian Alex de Minaur started a bit slowly on Taylor’s end of the court. Alex, on the other hand, came out full of energy and ready to do battle. He broke Taylor early in the first set then broke a second time with Taylor serving at 3-5 to close out the set.

The second set stayed very close, culminating in a tiebreaker. Once the breaker started, though, Alex seemed to find another gear, allowing Taylor to win only 2 points and closing out the match 6-3 7-6(2). When Tournament Director Eddie Gonzalez presented the trophies, he noted how exciting it is for the Atlanta fans to see the Next Generation of players emerging right before our eyes – I agree. I love seeing these young men and women coming into their own on the ATP and WTA tours!

The doubles final between American icons Bob and Mike Bryan (Stanford) and American Austin Krajicek and Brit Dom Inglot (UVA) was close from start to finish. When Mike Bryan was broken early in the first set, the fans in the stands seemed a bit stunned and subdued. Krajicek-Inglot capitalized on that early break to win the first set 6-4.

The Bryan Brothers weren’t going away, though! The second set was a Master Class in serving with both teams holding to reach 6-6. The mini-breaks alternated through the breaker, but the Bryans finally edged ahead and closed it out 7-5.

The match – and Championship – was decided by a Super Tiebreak. Again, it was neck and neck until the very end when Krajicek-Inglot pulled ahead and won it 11-9.

Once again, I had a great time covering this event for y’all! Next up for me is the Girls National Hardcourts. I’m hoping to get out to the Girls 12s for a bit early next week before heading to San Diego for the final weekend of the Girls 16s and 18s. Please let me know if you’ll be on site for any or all of the matches.

Here is the official release from the tournament’s media office:

This is the just the fourth final in tournament history that does not feature the main draw’s No.1 seed. On top of that, the 2019 BB&T Atlanta Open presented by First Data final is the youngest ATP Tour Final (41 years combined) this season since Stuttgart when Matteo Berrettini (23) defeated Felix Auger-Aliassime (18). This year the final opposed the young and hard hitting American, Taylor Fritz, and the even younger (20 years old) Australian Alex de Minaur. de Minaur got the best of Fritz in straight sets 6-3 7-6(2) to become a first-time winner in Atlanta and add a second title to his career!

De Minaur: This one is really special for me. I felt like I really needed this. Obviously, going through some tough times and to start off the year with a bang and then have to be slowed down by injuries. Once you’re coming back expecting your level to be right there but you slowly have to grind your way back to that same level. It means the world to me.

De Minaur I felt in a great head space, my body was great, I’ve been playing great tennis and I felt like if I can just keep it all together then the good results will come. This week has really helped me out and it’s a week I really needed.

The young Aussie was the first to press his foot on the gas after breaking Fritz in the seventh game. After running down some hard hit shots from the American, de Minaur forces Fritz to make errors and snatched the first set 6-3 in just over 30 minutes. The Australian phenom broke his opponent twice in the opening set winning 75% of his 2nd serve returning points. Another impressive stat for the Australian in the first set is that he only lost a single point on his serve the entire set! In the second set, both players went neck to neck and refused to give up their serve. The two young guns did not face one single break point all set forcing a tie breaker. The Australian proved to be too solid in the tie breaker, refusing to make any mistakes and saw himself lifting the 2019 BB&T Atlanta Open presented by First Data trophy over his head in front of a once again for a sold out Stadium Court at Atlantic Station.

Fritz: “It was a good week. It was my first time ever being a top seed so I made it to the finals and I played well, especially in the 2nd set I played pretty well up into the tiebreaker. He played really well and I just needed to up it even more if I wanted to win.”

The team of Inglot/Krajicek saved two match points and won their second title since teaming up in June at ‘s-Hertogenbosch where they won 6-4 6-7(5) 11-9. This was the Bryan’s first loss in Atlanta (11-1). With their backs down the wall 5-2 in the second set tiebreaker the Bryans would go on a tear to win five points in a row to steal the tiebreaker 7-5. Then in a tightly contested super tiebreaker the Bryans would go up 9-7 to have two chances to win the tournament. However the underdogs would save two championship points and come back to win 11-9 in a thrilling tiebreak to end an incredible championship match to a great tournament.