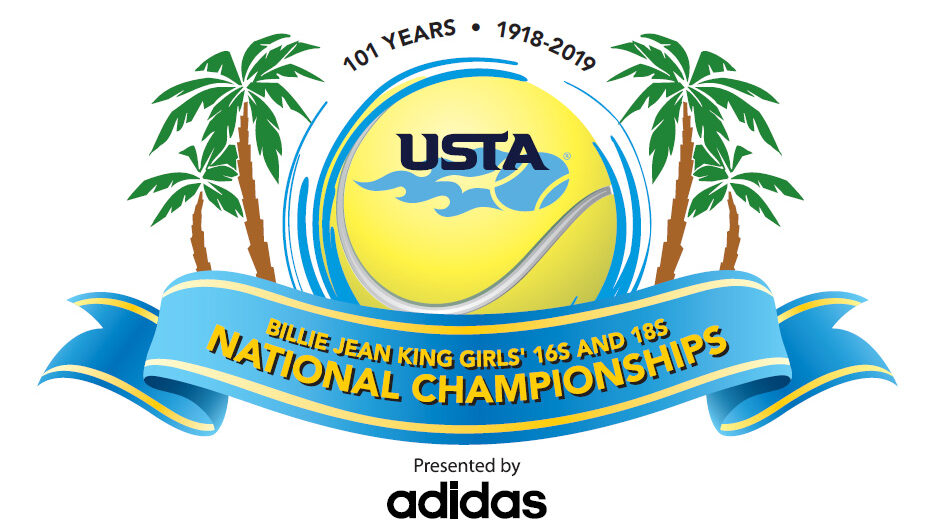 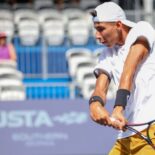 I will be traveling to San Diego for the Final Weekend of National Hardcourts in San Diego. It will be my first time attending this event, and I couldn’t be more excited! If you’ll be on site, please let me know so we can connect. The Finals will be broadcast on the Tennis Channel once again this year. What a great way to showcase the best in US Junior Tennis!

Earlier this month Noel, a resident of Summit, N.J., reached the Wimbledon Girls’ Singles final where she fell to Daria Snigur of Ukraine 6-4, 6-4. Noel, 16, is currently ranked No. 7 in the International Tennis Federation junior rankings.

This past June, Navarro, an 18-year-old from Charleston, S.C., advanced to the Girls’ Singles final at the French Open. She lost to Leylah Annie Fernandez of Canada 6-3, 6-2.

Navarro, who is ranked No. 4 in the ITF junior singles rankings, also reached a career-high No. 412 in the Women’s Tennis Association rankings in May after advancing to the semifinals of a $100,000 USTA Pro Circuit event in Charleston, S.C.

Among the entries in the Girls’ 16s division are 14-year-old Ava Krug, of Lakewood Ranch, Fla., and 16-year-old Ava Catanzarite of Pittsburgh. Both players have been competing on the ITF Junior Circuit.

A strong group of local players is also entered in this year’s National Championships. Haley Giavara, Giulia Hayer and Amy Huang of San Diego, along with Elizabeth Goldsmith of Chula Vista, Calif., are local entrants in the Girls’ 18s singles division.

“With the winner of this event earning a wild card into the US Open in September, these Championships are the most important tournament of the year for these outstanding young female athletes,” said Tournament Director Lornie Kuhle. “As evidenced by Coco Gauff’s performance at Wimbledon this year, the USTA Billie Jean King Girls’ 16s and 18s National Championships are truly where champions are made.”

The Girls’ 16s event will begin on Saturday, August 3 and conclude with the singles and doubles finals on Saturday August 10. The Girls’ 18s tournament will get underway on Sunday, August 4 and conclude with the 18s singles championship on Sunday, August 11. Both divisions will feature 256-player singles draws with the top 32 players receiving a first-round bye. There will also be 128-team doubles draws with the top 16 teams getting first-round byes.

The Opening Ceremony for the USTA National Girls’ 16s & 18s National Championships is scheduled for 4:30 p.m. (PDT) on Saturday, August 3 at the Barnes Tennis Center.

All tournament matches played on Stadium Court at the Barnes Tennis Center will be streamed live at www.ustagirlsnationals.com beginning Saturday, August 3 through Friday, August 9.

The USTA Billie Jean King Girls’ 16s & 18s National Championships are the premiere hard court tennis tournaments for amateur and professional American girls aged 16 and 18 and under in the United States. In 2010, both age groups began playing their events concurrently at San Diego’s Barnes Tennis Center. Tournament participants, who represent nearly every state in the United States, have been endorsed by their respective USTA Section or have received USTA special exemptions based on their results in qualifying tournaments, junior rankings, or results on the WTA Tour or International Tennis Federation Junior Circuit. Past tournament champions include Chris Evert, Tracy Austin, Andrea Jaeger, Zina Garrison, Mary Jo Fernandez, Jennifer Capriati and Lindsay Davenport.

The Center is owned and operated by Youth Tennis San Diego. It was built in 1995 and completed in 1997. The $4.5 million junior tennis facility was made possible with generous public and private donations and is named after the lead donor family – the “George E. Barnes Family Junior Tennis Center.” The Center, which is dedicated to the youth of San Diego, offers children 18 and under court priority over adults with advanced reservations.

Youth Tennis San Diego is a non-profit 501 (c)(3) organization that has been in existence since 1952. In 2016, Youth Tennis San Diego was recognized with the USTA Organization Member of the Year Award. The award is given annually to an organization that provides outstanding service to its members and to the local community. YTSD was honored at the 2016 USTA Annual Meeting and Conference at the Omni La Costa Resort & Spa in Carlsbad, Calif.

The YTSD Mission is: “To promote the educational, physical, and social development of all youth through organized tennis and educational activities.” Their community programs encourage youth participation, personal integrity, leadership, and competitive spirit in a friendly environment that builds responsible citizens. YTSD provides thousands of youngsters each year the opportunity to play tennis after school at their neighborhood school. The After School Tennis program provides a safe haven for hundreds of youngsters who are not supervised after school. Through tennis, the children learn the success skills which will give them the confidence and self-esteem needed to confront the negative influences so often found on the streets where they live.