Day 1 of the Oracle ITA Masters by UTR 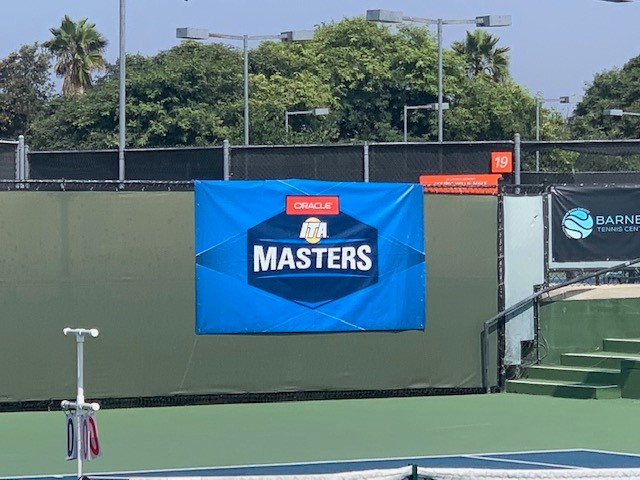 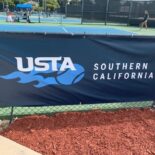 Day 2 of the Oracle ITA Masters by UTR 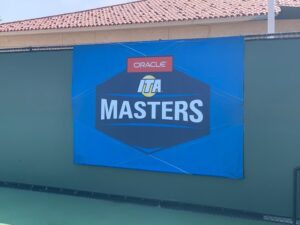 Those of you with daughters who play tennis may know of the Barnes Tennis Center, our newest partner, as the home of the Girls 16s & 18s USTA National Hardcourts every August. It is a facility well-versed in hosting big events with lots of spectators.

Though the ITA Masters has been held in Malibu the past few years, the tournament needed to make a move in order to be run in the safest way possible. Barnes CEO and General Manager, Ryan Redondo, who is the Tournament Director this weekend, is a former college coach himself (University of the Pacific) where he ran numerous events including USTA Pro Circuit as well as college and junior tournaments.

As part of the safety protocol for the ITA Masters, only the players, one coach (or parent, in the case of the junior players competing as Wildcards), tournament staff, and a handful of “tournament guests” are allowed to be on the grounds. I fall into that latter category. When I entered the building that serves as the check-in point, I had my temperature checked via infrared thermometer then was issued a wristband indicating I was supposed to be there. Blue tape on the ground marked socially-distanced waiting spots as well as one-way traffic routes through the building leading to the courts.

After each match, once the players left the court to report their score, a

Barnes staff member came onto the court with disinfectant to wipe down all common surfaces. Roving officials were all masked and observing the 6-foot distance rule.

Masks are required of everyone EXCEPT when players are actually on court and practicing or playing a match. The mask rule was followed pretty closely though I did see some players who couldn’t resist taking off their mask to visit with friends they may not have seen in a while. Overall, the atmosphere felt very safe, COVID-wise. Well done to Ryan and his staff!

Conducting interviews was a bit of a challenge for me yesterday. I did have a chance to talk with Cal Berkeley Sophomore, Haley Giavara, after her first-round win over Marianne Argyrokastriti of Arizona State:

It was interesting to me to hear Haley talk about how much it meant for her to get back to competition after a lengthy break as well as how special an opportunity this tournament is for the lucky junior players getting to participate. As you’ll read in the ITA’s preview article below, USTA SoCal and Barnes each got a wildcard to use for a junior or college player who would not otherwise have been chosen into the draw.

I’ll be back at the event later this morning where a USTA SoCal Junior Tournament will also be going on. In the meantime, here are some of the details about the Oracle ITA Masters:

For a preview of the tournament posted by the ITA: https://www.wearecollegetennis.com/2020/10/08/oracle-ita-masters-by-utr-preview/
To follow live scoring: http://scores.tennisticker.de/usa/ita/sb.html?tournid=4479