Check Out This Tournament! 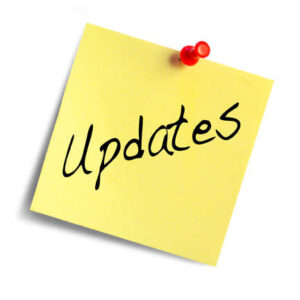 I know it’s been a while since I’ve posted anything new – my apologies! My laptop died about 2 weeks ago, smack dab in the middle of the One Love Atlanta Open women’s tournament, and I’m just now getting up to speed on my new one. For the full results of the Atlanta tourney, click here.

For those of you with high school juniors and seniors, I know you’re in the throes of college recruiting. At the request of one fellow Tennis Parent, I’m researching upcoming college showcases, including the one held during the ITA Coaches Convention in Florida in early December. Interestingly, Tennis Recruiting is going to be running that showcase this year and will be posting an article on TennisRecruiting.net very shortly. I will share the link once it goes live. If you’re planning to attend – or have already attended – any showcases with your junior, I’d love to hear about your experience – please share in the Comments below.

Speaking of college recruiting, one of the most-anticipated recruits in recent months has been CiCi Bellis. She announced earlier this year that she had verbally committed to play for Stanford beginning Fall 2017. However, after her great run at this year’s US Open, she decided to forego the college experience and turn pro with representation from IMG. You can read more about CiCi’s decision in this article by Colette Lewis. I was really hoping she would give Stanford at least a year, but I certainly understand her decision and wish her all the best as she follows her dream!

The Fall tournament season is underway for the college bunch with multiple events happening in various cities around the US. Bobby Knight is keeping all of us updated with results on his website here. He’s really good about tweeting scores, too, so be sure to follow him @College10s2day.

In just a couple of weeks, I will be heading out to the West Coast to cover the Oracle/ITA Junior Masters tournament. In addition to covering the juniors, I will also be doing a little work for the ITA on the collegiate event running simultaneously at the Malibu Racquet Club. This is one of the only events – maybe even THE only event – where juniors have the chance to compete alongside college players in parallel tournaments, and I can’t think of a more beautiful place to host it than in Malibu! FloTennis, an ITA partner organization, will be livestreaming the matches at www.flotennis.com/.

In terms of junior tennis news, the only thing I have to report is that Katrina Adams was just named to a 2nd term as USTA president. As far as I know, this is an unprecedented move by the USTA. With the new Lake Nona facility nearing completion, maybe USTA felt it would be in everyone’s best interest to have some continuity of leadership. I hope this turns out to be a good move for our sport. I have been very impressed with Martin Blackman’s work as the head of Player Development since he began in June 2015 and am hopeful that he will stay on for a while.

There are several new podcasts on the ParentingAces YouTube channel, so please be sure to check them out. This week’s guest is still TBD, but stay tuned to our Facebook and Twitter feeds for updates.

That’s it for now. More to come later in the week.