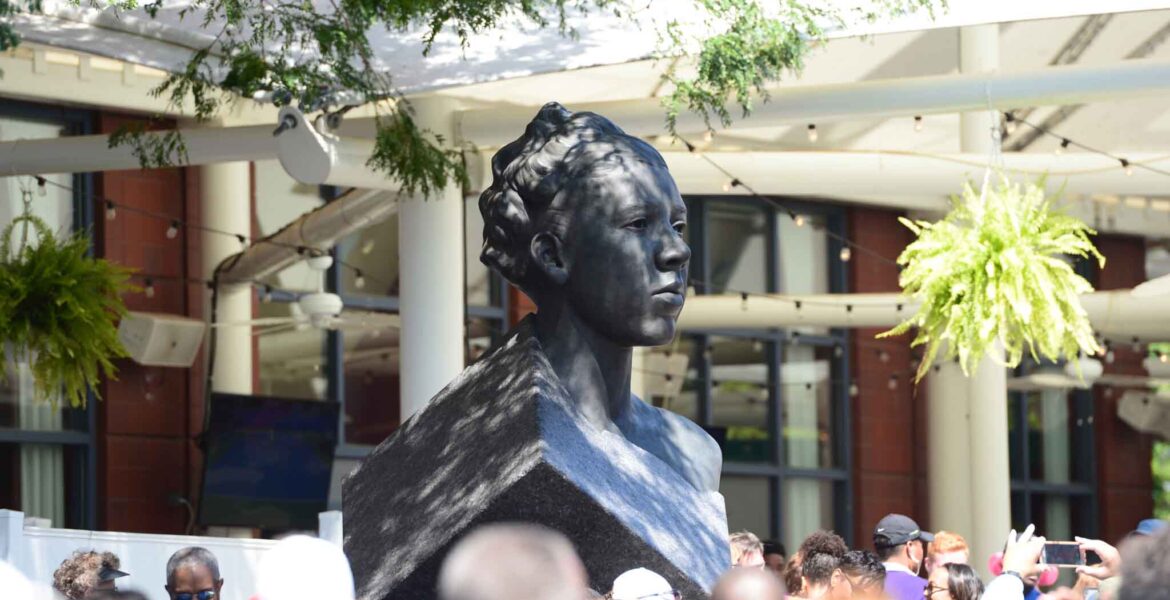 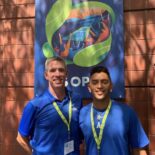 There were some incredible matches yesterday at the Billie Jean King National Tennis Center (see the Comments on yesterday’s article for some updates)! On top of the tennis, the USTA unveiled a statue of Althea Gibson.

For those of you unfamiliar with this great icon of women in sport, Gibson became the first African-American tennis player, male or female, to win the title at the U.S. National Championships (now the US Open) in 1957.  She was a trailblazer of great talent and greater courage, who overcame many obstacles while compiling a career filled with firsts.  In addition to breaking the color barrier in tennis (1950), she was the first African- American to win singles titles at the French Championships (1956), Wimbledon (1957) and the U.S. Nationals (1957).  In 1958, she repeated both her Wimbledon and U.S. wins. With her success, she became the first African-American to be named Associated Press Woman Athlete of the Year (1957 and 1958).  Gibson won 11 Grand Slam titles in all, adding six doubles crowns to her five major singles crowns.  She was inducted into the International Tennis Hall of Fame in 1971 and was inducted into the US Open Court of Champions in 2007. Amazingly, Althea Gibson was also the first African-American golfer on the LPGA Tour as well.

Now, back to the players on today’s Schedule of Play that I’ll be watching (via live-scoring and on ESPN) . . .

There are several former college players who are playing their First Round matches today, including a few names that should already be pretty familiar to you like John Isner (UGA) and Stevie Johnson (USC). A couple more may a little less well-known such as Tennys Sandgren (Tenn) and Danielle Collins (UVA). In addition to those four, I will also be keeping an eye on: