When Your Parent Is A Former Pro 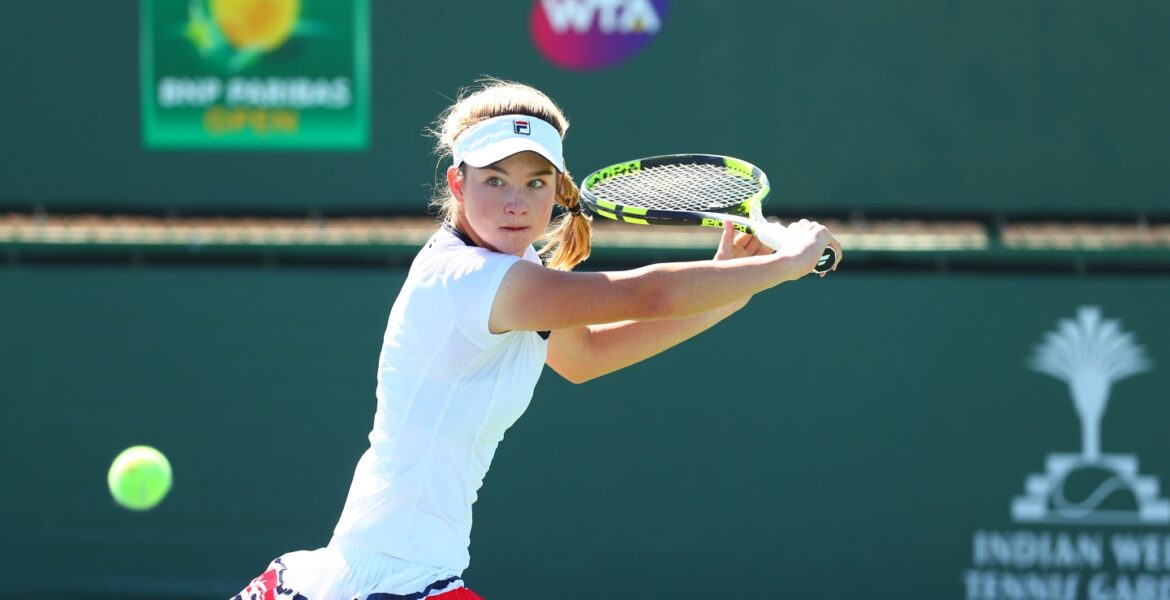 Protecting Our Kids from Predatory Coaches

There are several players in this year’s Easter Bowl with famous parents – names such as Mandlikova, Roddick, McEnroe, and Damm appear in several of the draws. Yesterday’s press release from the tournament, reprinted in its original form below, highlighted these players, and I thought y’all might be interested in reading about them and how they feel about having a former tennis professional to call Mom or Dad!

For up to date information and results on the 2018 Easter Bowl, be sure to follow @EasterBowl and @ZooTennis on Twitter.

The International Tennis Hall of Famer and four-time Grand Slam champion who ruled the top tier of women’s pro tennis in the 1980s is now a devoted watcher of the game, including her two twin 16-year-old children competing this week at the 51st Adidas Easter Bowl, the USTA National Spring Championships, being played at the Indian Wells Tennis Garden.

On Wednesday Mandlikova, originally from the Czech Republic now residing in Delray Beach, Fla., anxiously looked on as daughter Elli (short for Elizabeth) Mandlik advanced to the Round of 16 in the Girls’ ITF 18s division by beating unseeded Sedona Gallagher, 6-2, 6-1.

Elli’s brother Mark Mandlik lost in the first round to the No. 2 seed of his first Adidas Easter Bowl earlier in the week. He is currently ranked No. 240 in the world ITF junior rankings, while Elli is No. 75.

“I’ve haven’t won two straights rounds for a while and have been struggling with that, so I’m happy,” said the No. 12-seeded Elli Mandlik, who faces No. 8 seed Gabby Price in the Round of 16 on Thursday. “Gabby and I are from the same area in Florida and practice together all the time.”

Mandlikova said junior tennis has changed a lot since she was playing the juniors in the late 1970s. “There’s just so much more depth now,” she said, adding her favorite junior memory was going to Roland Garros as an unknown, and winning the pre-qualifying, the qualifying and the junior French Open Grand Slam. “That was the start. Then I started playing pro tournaments. I was 17 or 18 years old.”

Both Mandliks said it’s an advantage to have such a well-versed tennis parent in their corner. “My mom said, ‘Good job,’ after my match,” Elli said. “She’s never upset, unless I don’t try, which never happens. Then she’ll get upset.”

“I don’t feel any extra pressure because she’s my mom,” Mark said. “She helps me and gives me advice.”

Added Elli: “I like it, but it’s like any other mom. If you had her as your mom, you’d think it was the same. It’s not like extra pressure or anything. She knows tennis so she can tell me stuff. Some parents don’t know what it feels like when you are under pressure on the court. They will just say get through it. But she understands how it feels and gives you good advice and telling you it’s normal and you just have to fight through it.”

Elli is part of the No. 2-seeded doubles team with partner Alexa Noel, but the pair were upset in a second-round match later in the day Wednesday.

“The Easter Bowl is my favorite tournament,” Elli said. “I just love the courts and the views are so nice.

“I wish they could put us on the Stadium Court for the final,” she said as she looked toward the massive stadium at IWTG. “That’s my goal, to be a pro and play there, and all the Grand Slams.”

Mandlik wasn’t the only player in the tournament with a well-known former tennis player as a parent. Former world top 5 doubles player and US Open champion Martin Damm watched as his son with the same name lost against No. 11 seeded Brandon Nakashima in the Boys’ ITF second round. Earlier in the tournament, Andy Roddick’s nephew played in the Boys’ 16s draw. In addition, Patrick McEnroe’s daughter played her first Easter Bowl in the Girls’ 12s with proud father looking on. Last year, former Australian Open champion Petr Korda’s son Sebastian played in the Boys’ ITF singles final.

Singles and doubles finals will be contested on Thursday in the Boys’ and Girls’ 12s and 14s divisions, all taking place at 9 a.m.

To keep up with all the Adidas Easter Bowl news, visit the website at www.easterbowl.com and check out the tournament on Facebook (www.facebook.com/EasterBowl) and Twitter (@easterbowl).