When College Tennis Programs Are Cut 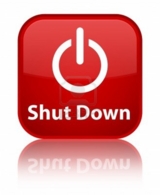 College tennis has been one of the things that sets the US apart on the international scene. We are the only country in the world that offers such an incredible opportunity to players once they have reached the end of their eligibility in the junior tennis realm. These young people can continue to develop their skills on the court while simultaneously developing their skills in the classroom, in many cases having that court and classroom time subsidized to at least some degree via athletic scholarship money. Many of the top professional players – admittedly, mostly on the men’s side of the game – credit their college playing experience with their success on tour, players like John McEnroe and his brother Patrick, Bob and Mike Bryan, James Blake, John Isner, and Stevie Johnson among others.

And it’s not just professional tennis that is positively impacted by the college version of the sport. Junior tennis is affected as well, maybe even more deeply. Imagine if college tennis scholarships weren’t there as a carrot to young players and their families. How many would continue to pursue the sport at a high level knowing that they may not have the skills or desire necessary to make it professionally and that their high-level competitive tennis experience would end after high school? Yes, there are Tennis On Campus programs around the country now, but in most cases they are more recreational in nature and cannot (and should not) take the place of tennis at the varsity level.

Granted, most of the cuts are happening at mid-major schools as opposed to Power 5 Conference members. Just in the last two weeks we’ve had news of two more universities (UMBC & Hartford) dropping both men’s and women’s tennis. Because these are smaller schools, they get little attention, but please understand that these are the programs where most of our juniors are going to wind up attending since the Power 5 schools mainly focus on Blue Chip and 5-star recruits.

We’ve all felt pretty helpless to do anything to stop the bleeding. Of course, the ITA has always encouraged those on its mailing list to send a form letter to university officials asking them to reconsider the cuts, but this form letter was innocuous at best, and correct me if I’m wrong, but I don’t know of a single case where the letter-writing campaign worked.

Thankfully, we now have new leadership at the ITA, one that has very strong roots in the college tennis world, and one that seems to be taking these latest program cuts personally. ITA COO, Erica Perkins Jasper:, whose previous position was Head Coach of the University of New Mexico Women’s Tennis Team, understands the impact these cuts can have. Upon hearing this week’s announcement of the cancellation of both the men’s and women’s tennis programs at University of Maryland Baltimore County (click here to read the full announcement) she stated in an email to me, “The ITA stands with Coach Rob Hubbard and the members of the UMBC tennis family in seeking reconsideration of the university’s decision with the ultimate reinstatement of the tennis programs. We encourage the UMBC tennis community to rally in support of their players and coaches.”

And rally they have! Take a look at this piece that aired on the local ABC affiliate in Baltimore this week:

Rob Hubbard is the Head Coach of both the men’s and women’s teams at UMBC. He has turned to social media to show his support for his players and to make sure other programs take notice of what is happening out there. “The turnout in support of our men’s and women’s tennis teams is phenomenal. This only confirms how lucky I am to coach these kids and just how truly special they are. ‪I couldn’t be prouder of these young men and women. I have been truly blessed and it has been an honor and a privilege to coach them.”

Unfortunately, it is very likely that Coach Rob’s teams won’t be the last cuts we hear about. ITA CEO Timothy Russell shared, “Sadly, the loss of college tennis programs is still a reality in today’s intercollegiate athletic environment.  The new leadership of the ITA is committed to addressing this trend.  The ITA has been speaking with college presidents, AD’s, conference commissioners, current players, alums, and fans in order to better understand how to raise the profile of college tennis, and make our sport more vibrant and relevant.  We plan on unveiling our new strategic plan for the ITA and college tennis towards the end of the first quarter of 2016. Hopefully, colleges and universities will remain committed to broad-based sports offerings including tennis. The ITA plans to work with our coaches to be proactive in assuring that their teams are integral members of their campuses and local communities and that cutting tennis teams will never be an option.”

I haven’t even mentioned the effect these cuts have on the players themselves. I can’t imagine the stress they feel, not only having to handle their studies and current responsibilities to their school but also having to reopen their recruiting to find a new home. It’s especially tough for the upperclassmen who may only have one or two years of eligibility left. Who’s going to take them?

I keep hoping USTA will take a stronger stance when word of these program cancellations gets out, but, so far, I’m not hearing much from our governing body. While it’s clear that USTA values college tennis as evidenced by its College Tennis FAQ, the existence of the National Collegiate Team, and coaching support offered to players, I just wish someone (Stephen Armitraj or Katrina Adams maybe?) would make some significant noise to help preserve this unique and very valuable asset of ours. At the very least, USTA ought to be alarmed over the fact that we have a university referencing the downward trend of the sport as rationale for cutting its teams. Growth of the sport is USTA’s responsibility and is at the core of its Mission Statement: To Promote and Develop the Growth of Tennis.

For the future of our sport, it is imperative that we stand up for college tennis and find a way to convince university presidents, athletic directors, and the NCAA to leave these teams off the chopping block. We all have to show our support by attending matches, getting involved by sending our junior players to summer tennis camps on campus, and working with the players in their various fundraising efforts. These players work incredibly hard to make their universities proud both on the court and in the classroom. We have to do whatever we can to ensure they continue to have the opportunities that only college tennis can provide. Please take the time to get to know your local college teams and to let them know you support them. Read Bobby Knight’s post on ZooTennis for more ideas.

To the college coaches who might be reading, now is the time to make the extra effort to show how your team contributes to the overall success of your school. Why not engage the marketing students to create campaigns to boost attendance at home matches? Why not engage the IT students to come up with ways to engage the community via social media and livestreaming? Why not engage local businesses by hosting pro-am events where your varsity players partner with business professionals (which, by the way, could lead to some pretty incredible internship opportunities)? Why not team up with your Tennis On Campus and Club Tennis players to help out on Match Day? Why not follow UMBC’s lead and invite other athletic teams on campus to become your biggest fans?

Don’t let another program be cut just because the Powers That Be don’t see the value in keeping varsity tennis alive. #SaveCollegeTennis