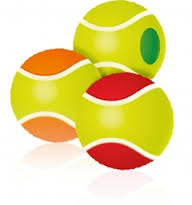 I recently read the following letter from coach Bill Patton addressed to the Board of Directors of USTA NorCal before their May 15 vote on whether to expand ROG competition to 12-and-under players:

Dear NorCal Board of Directors,

I have been coaching for 25 years, have 200+ continuing education units with USPTA, and completed coursework and a thesis in Education. I am running the first ever NIKE Tennis Camps that use compression Tennis Balls. I have used compression balls since 1999.

The mandate that all 12 under players must play in a certain format with regression equipment is misguided and heavy handed, for many reasons, but please allow me to cite my top 7 reasons:
1. There is a wide variability of the playability and quality of progression Tennis balls, some being nearly useless.
2. There is a wide variation in the individual developmental differences between children, especially through Grade 2, anyone with children, or who works with an Elementary School knows this.
3. The narrow population band of highly gifted children will grow extremely bored if held back below their ability to perform.
4. The mandate was enforced before the infrastructure was in place, now there is a rapid effort to put programs in place, which nearly always means a huge learning curve and leads to considerable inefficiencies.
5. My experience is that the use of the balls should have much more to do with the ability of the players to show best form while competing prior to moving to the next level, rather than using age constraints. Best coaches will have players who perform better much earlier, while less talented players or players taught poor fundamentals will lag behind. Do not slow the better players down, by forcing them to play at a competency far below their ability and training.
6. The mandate restricts trade and the creativity in the marketplace, opening up the possibility of class action lawsuit, by forcing coaches to coach a system in which they have no belief. Many of these same coaches have a great track record of producing many highly competitive players.
7. It has created a considerable amount of division nationwide, and as Abraham Lincoln said “A house divided cannot stand”

Thank you for opening this up for discussion, and I trust you will do what is best for everyone in Tennis. I am with Wayne Bryan, “Add programs, don’t subtract”.

[Note: I received the following from Coach Patton: “I stand corrected in presenting myself as the first to offer a 10 and under option with NIKE Tennis Camps, that is not true, and I apologize for not having checked that fact prior to presentation.   I salute my fellow professionals who have already made this move.  Sincerely, Bill Patton”]

The fact that ROG is now infiltrating the 12s is ridiculous in my opinion.  As a training method, maybe.  As the sole means of competition, no way.

Coach Patton is now hosting a radio show on Saturday mornings at 11am ET on BlogTalkRadio’s UR10s Network (the same network that hosts my show), and his guest this week is Dick Gould, 8 time NCAA Champion Coach and Director of Tennis at Stanford University.  Coach Gould was recently quoted by Racquet Sports International (RSI) as saying, “I thought your ‘Our Serve’ editorial on 10 and Under Tennis (‘Take a Second Look at 10U Tennis’) in the April issue was right on, well-stated and needed! Change is always difficult, and if this were not mandated, it would never have a chance—just like the old days of Pee Wee tennis. It does make it difficult on the ‘transition’ kids, and I empathize with them, but somewhere it must be given a fair chance, and I doubt this transition will hurt anyone in terms of overall development in the long run.”  I’m hoping Bill will ask Coach Gould about his statement during tomorrow’s show.  [Click here to listen to Bill’s show with Coach Gould – for the discussion on ROG, skip to the 30-minute mark]

Of course RSI is in favor of the ROG program and is promoting it heavily – it is generating millions of dollars in equipment sales which directly benefits RSI members.  And, that’s not a bad thing – anything that boosts the revenue of our great sport is okay by me!  But, when we read statements like Dick Gould’s above, we need to read with a critical eye and recognize the why behind it.  RSI is in the business of selling – racquets, balls, shoes, clothing, etc.  The spread of ROG means increased sales of foam balls, smaller racquets, portable nets, removable lines, and all the other accoutrements that go along with this newest wrinkle.  The more ROG programs that sprout up around the country, the better it is for RSI members’ bottom lines.  And, with USTA now mandating ROG in the 12s, just imagine what that will do to sales.  Should bottom-line numbers be the determining factor for this next generation of players, despite the lack of scientific evidence that ROG is the most effective way to develop all  children under the age of 13 and despite the many experienced developmental coaches who argue against it?

Click on the image above to go directly to RSI’s website showing the metrics for the various sales categories.

Let me re-state that I’m not opposed to ROG as a way to introduce new players to tennis and as a way to train.  I am opposed to ROG as the sole means of competing for every single 10-and-under (and now many 12-and-under) player, regardless of his/her ability, size, and stage of development.  If you’re looking for yellow-ball tournaments for your young player, be sure to take a look at my 10-and-Under Tourneys page above.  And, let me just reiterate that I’m very grateful that my son is old enough to have avoided this latest experiment in the name of player development and finding the next American champion.