Tour Level Program, the global high performance tennis program that launched six months ago, has announced its expansion to the state of Florida, with two former touring pros now available for on-court coaching for junior, collegiate and pro tennis players. 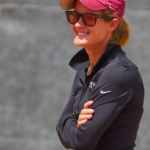 available in Boca Raton, Fla., on select dates, and former UC-Berkeley All-American Zsuzsi Fodor, the newest member of the Tour Level Player Development team, will be teaching full-time in the Tampa area.

“We are delighted to provide the Florida tennis community with these exciting on-court coaching opportunities” Springett said.

Tour Level Player Development Program is a global high performance tennis program that provides both in-person and online training to junior, collegiate and professional tennis players across the world. 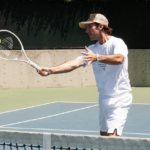 “I am happy to be coaching players through the Tour Level program,” said Spadea, who reached his career-high world ranking of No. 18 in 2005. “I think a program like this can help take a good junior to top collegiate and pro levels.” Spadea will continue to train players in LA in addition to Boca Raton.

“I am really honored and excited to join Tour Level program’s long list of respected professionals and offer coaching for players who are looking to master their tennis skills and have a great time doing it,” said Fodor, a six-time Hungarian National Champion.

The program also includes ATP Tour Track and WTA Tour Track mentorship for players currently on tour who may need help on specific issues, as well as for juniors and collegiate players seeking guidance on their path to playing professionally. Guy Fritz, father of ATP Tour rising star Taylor Fritz, is the ATP mentor and former WTA player Angelica Gavaldon (formerly world no. 30) the WTA mentor.