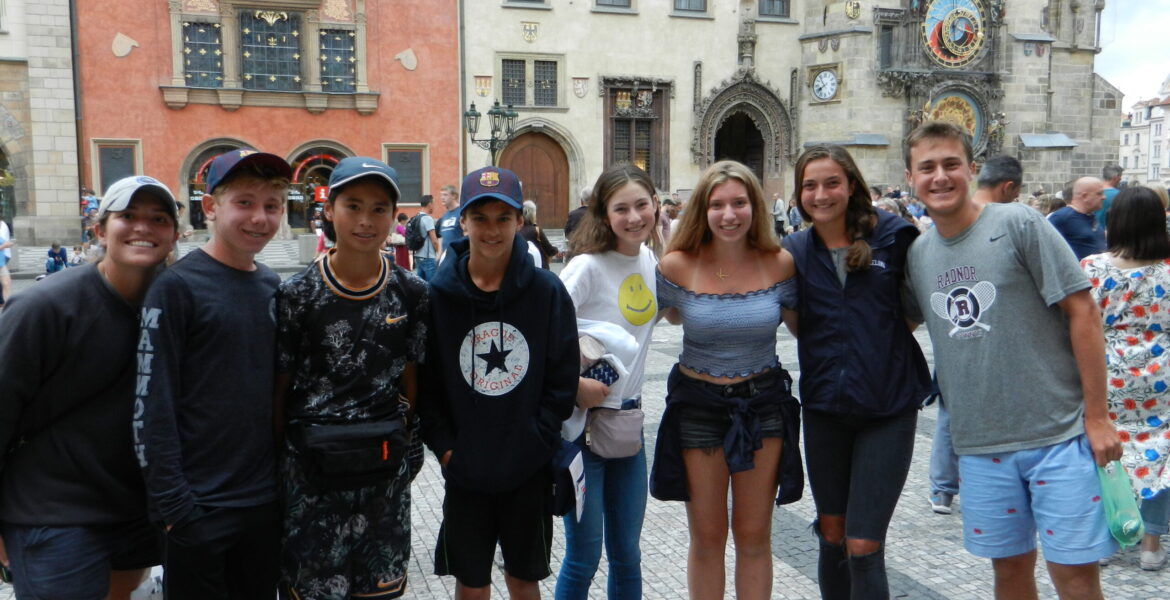 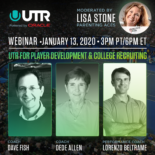 Garrett Spillerman of Wayne, Pennsylvania, participated in Summer 2019’s Tennis: Europe, a junior tennis circuit traveling throughout Europe. A junior at Radnor High School in the Philadelphia area and a ranked Middle States player, he recounts some of his experiences in this interview conducted by our friends (and advertisers!) at Tennis: Europe.

Question: What did you notice were the main differences between red claycourt tennis matches in Europe and hardcourt USTA matches here in the States? How have the claycourt skills gained in Europe helped you back home?

Answer: As many tennis players know, clay court is the slowest surface in the game. In the States, authentic red clay is hard to find, so many clubs use Har-tru as a supplement. While Har-tru tends to slow points down, red clay does so much more excessively. In Europe, I found it very difficult to hit winners, especially early on in the point. First, it seemed that the red clay heightened the bounce of each ball by an average of a few inches, making it harder to hit balls in my strike zone. Thus, if I was planning on being aggressive, I had to fully engage in my footwork and sometimes travel to the court is the slowest surface in the game, especially red side of the ball instead of standing and hitting from behind. In the more competitive matches, I felt like I was taking an average of eight to ten adjustment steps before each shot, excluding the longer strides to actually get me to the ball. Additionally, the clay allowed my opponents more time to position themselves; therefore, it was harder to hit winners from the baseline. Most of my winners tended to be passing shots or angled volleys at net. Nevertheless, I was certainly able to use the clay to my advantage. In Spain especially, where the courts were drier, I slid whenever I was stretched out wide. Sliding to wider shots not only allotted me more time to get to the ball but also provided me with a better recovery. Pushing off of my outside foot after sliding put me in a better position than other techniques that have to be used on hard court. After coming back to the United States, I initially thought that it would be difficult to adjust back to concrete. However, the clay court exposure significantly improved my footwork and consistency on the hard courts. Because the red clay made it very difficult to hit winners, I was forced to stay in the point longer, work my directions, and strategically think through each point. As I began to transition back to hard courts, I found myself staying in each rally longer and playing smarter. Based on my experience in Europe, I can attribute those two improvements to the red clay exposure.

Q: Who was the most unforgettable European you met during the trip and why?

A: I will never forget one of the Spanish parents I met in Barcelona. At the Satellite tournament in Barcelona, I watched one of my teammates, Randi, play an amazing Spanish player. My coach, Caitlyn, and I spoke with the Spanish player’s mother during the entire match. The mother asked us a bunch of questions about America, seeming very intrigued. She asked about the weather in Pennsylvania and Minnesota. She then asked about the school systems in America. Then she asked about American colleges. Her daughter was planning on studying abroad in the United States and earning her masters at an American university. While politics found its way into some of the conversation, the mother expressed her opinions about the current administration. When Caitlyn and I feared the conversation would take a turn for the worst, the mother surprised us. The woman said that regardless of what she sees in the news, “America is and will always be the land of freedom and opportunity.” She and her husband dreamed of sending their daughter to America since their daughter was born. Her love and affection for America made Caitlyn and me emotional, as it was living and breathing truth that the America dream still exists and, it still remains an aspiration for many foreigners thus far.

Q: How would you compare the caliber of European tennis to what you have played in USTA tournaments?

A: The players in all three countries – Holland, Spain and The Czech Republic – played with a lot of topspin and had extraordinary ball placement. An area that seemed to lack in some of my matches was net game. The foreign players were able to stay in a point all day, without missing. However, when I brought a few up to net, they tended to struggle a bit more. Obviously, I played a few players that were very well rounded, and every area of their game tended to be very solid. Overall, the level in each of these countries was higher than that in USTA tournaments, and I believe that I can attribute that to the clay courts.

Q: What was your favorite sight you visited during your trip?

A: My favorite sight was the city of Prague. The second I left the train station and rose from the metro steps, I felt like I was in a snow globe. Cobblestone streets, magnificent Renaissance architecture and a colossal palace in the distance made me feel like I was sent back a few hundred years and placed in a fairytale. From the stone statues lining the Charles Bridge to the golden molding of the Prague Castle, I felt like I was taken back to a royal era. Listening to Prague’s history also intrigued me. Traveling to such a city rich in history put my very existence into perspective and that of America’s as well. I live in Philadelphia where one can see Independence Hall, where the first Continental Congress met and our founding documents were signed. However, traveling to Prague allowed me to experience history that is more than five times older than the founding of my own nation.

Q: How did the atmosphere at European tournaments differ from American USTA tournaments?

A: In Europe, tennis clubs had entire restaurants, many of which offered spectators a chance to simultaneously look out at the tennis courts and enjoy a full meal. In Holland, it is a tradition that the winner offers to buy the loser a drink. One of my opponents bought me an Aquarius after our match, and we both ordered lunch and got to now each other fairly well. In America, after losing a match, players tend to go right home and have nothing to do with their opponent. In Amsterdam, not only did this tradition take my mind off of my loss, but it allowed me to meet a new person with whom I shared something in common.

Q: Traveling as a team is one of the main aspects of a Tennis: Europe trip. How did that team atmosphere contribute to your European experience?

A: Tennis is a very individual sport. Up until high school tennis, I had never played tennis on a team. Tennis: Europe took the companionship of any traditional team to a whole new level. From the moment I met the kids at JFK, we all bonded. Before we boarded the flight to Barcelona, we were cracking jokes and felt very comfortable with one another. Because we were all from different parts of the country and had never seen each other before the trip, the tour brought us together and morphed us into a sixteen-kid family. Every day after the trip, for two weeks, we all group face-timed and talked for hours throughout the day. Many of my friends who I met on the trip I consider to be some of my closest friends in my life. Although we only spent three weeks with one another, by the end, it felt as if we knew each other for three years. My friends and I still face time every week, and we are currently trying to plan a reunion.

Q: What valuable advice did you receive from your Tennis; Europe Coaches:

A: My coaches were excellent. Raul and Caitlyn not only provided me with stellar advice on the court but also constantly made sure that I was happy off the court. In regards to tennis, the most important advice that they gave me was to maintain the same intensity throughout the entirety of every point. In America, points in the junior tournaments tend to last four to five shots long. In Europe, I found myself playing through twenty to thirty shot long rallies. My coaches told me that regardless of what kind of ball I hit on my previous shot, it is vital to stay in each point, as I must always anticipate that a ball will be coming back from the other side. Not only did this technique build mental toughness, but it also worked my physicality to its limits and revealed a whole new level of athleticism that I did not now I had before. Their advice, still relevant in my game, has certainly helped me in tournaments following my tour in Europe.

Q: Why would you recommend a reader of “Parenting Aces” travel on a Tennis: Europe circuit this coming summer for 2 or 3 weeks?

A: I can write a twenty-page essay on why every junior tennis player should experience Tennis: Europe. The most important reason, however, is Tennis: Europe’s ability to create friendships that will last a lifetime. By staying with kids in a foreign country for three weeks, I made friendships that are stronger than some that I have had my entire life in the states. Before I went, I was a little apprehensive about the tour; however, since the second I took off from JFK I have not regretted a moment of it. I made memories that will last me a lifetime, immersed myself in interesting cultures aside from my own, and brought my tennis to a whole new level during the span of just three weeks. Any junior looking to significantly improve his or her game and have an a amazing teen experience, should travel on Tennis: Europe.