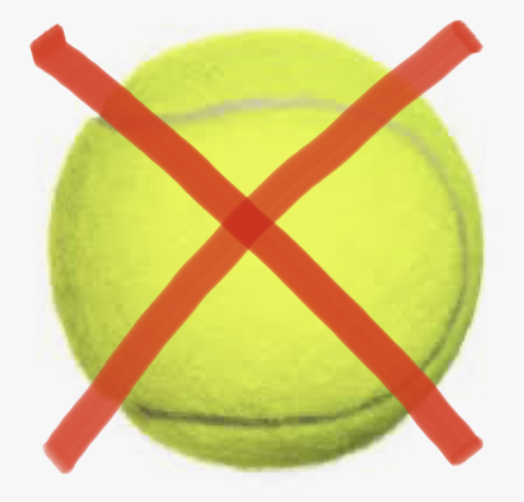 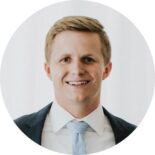 Recruiting in the Palm of Your Hand with Colin McAtee 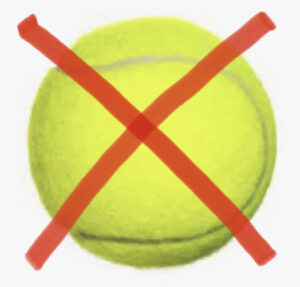 Every day, it seems, we’re hearing of another college tennis program getting cut. The press releases and articles blame COVID-19, but those on the inside know the pandemic was simply the final nail in the coffin. Many of these schools have been suffering from bloated athletic budgets for years and are now using a virus as their excuse for decimating our sport. It’s heartbreaking for the coaches and student-athletes affected. It’s heartbreaking for the communities that benefit from having tennis on their local college campuses. And it’s heartbreaking to anyone who is a fan of college tennis.

Director of Methodist University’s Professional Tennis Management Program, Scott Handback, is keeping an updated list of schools by division that have cut their men’s tennis, women’s tennis, or both. Here’s the list as of June 25, 2020:

According to Jason Bryant of the wrestling podcast Mat Talk, the 2020-2021 academic year will see the lowest number of Men’s DI tennis teams since recording such things beginning in 1981. This year, more tennis programs have been dropped than in any previous year. It is also important to note that college tennis didn’t add a single program in 2020. Prior to this year, the most teams dropped in a single year was 9 on the men’s side and 6 on the women’s, not counting the schools that added programs in that same year. To see Jason’s complete list of schools that have dropped or suspended sports, click here.

Yesterday, NCAA.com reporter, Andy Katz, hosted a roundtable discussion with ITA CEO, Tim Russell, and General Manager of the USTA National Campus, Tim Cass. The three men addressed what’s happening with all these cuts and what the ITA and USTA can do. I urge you to take 30 minutes and watch the video (click the link to view):

Tim Russell asserts that, prior to COVID-19, college tennis was relatively healthy. However, I’m hearing from other sources that because tennis is a non-revenue sport on college campuses, it has been in jeopardy for a while now, especially with the financial mismanagement that is now coming to light at many colleges and universities. Unless college tennis coaches and athletic directors do a better job – as they have been advised to do for years now – engaging in their local communities and making the tennis program too important to local influencers, we are going to keep seeing these cuts. It’s simply too easy for the school to cut a program that only impacts 10 or so students.

As Scott Handback explained, “The second-highest sport being eliminated is men’s and women’s soccer with 23 of the 209 programs, just over half of the number of tennis programs, but more players have been impacted than tennis. We [tennis] have large infrastructure costs, small rosters and a large number of international players, which the athletic directors think will not make as much of a fuss as programs with large player rosters and influential parents, alumni, etc.”

In the video, Andy also brings up the issue of international players bloating college tennis rosters (see this article for some background) and wonders if that’s part of the reason schools find it so “easy” to cut tennis.

Cass alludes to the suggestion that USTA work with NCAA to limit the number of international scholarship players on US college tennis rosters and falls back to the oft-cited argument that it would violate equal opportunity statutes. He mentions the JUCO attempt to limit the number of international tennis scholarship players and how the policy was overturned.

As I commented on the video itself, we all need to do a much better job promoting college tennis programs outside the top 25 DI schools if we want to see more US juniors on those rosters. There are some amazing academic and tennis colleges that are rarely talked about publicly – they fall into all 5 divisions of college tennis. The responsibility lies with several different groups: junior coaches, USTA, ITA, UTR are definitely among them.

There is also some discussion around the role of current professional players and their responsibility in promoting their college tennis programs. I agree we need to engage these pros. We also need to do a better job profiling successful professionals outside of tennis (business people, medical professionals, entrepreneurs, etc.) who played college tennis given that MOST college tennis players will wind up making their living off the tennis court in another profession. Why not highlight them and have them talk about how playing college tennis helped them in their career?

My friend, Sol Schwartz, who left us too soon 4 years ago, predicted what I fear is inevitable at this point: college tennis as a NCAA varsity sport going away at all but the Power 5 schools and being replaced by USTA Tennis On Campus programs. Sol started the #SaveCollegeTennis in response to his prediction and was very outspoken on social media on the subject.

However, it seems even Tennis On Campus isn’t really responding to the program cuts. I reached out to Newlyn Wing, Manager of the Tennis On Campus program for USTA, only to find out he was part of the massive USTA job cuts a couple of weeks ago. I was hoping to find out what USTA is doing in response.

Instead, I had the opportunity to speak with Jo Wallen, USTA Director of Adult Competition, who is taking on the TOC management role as an interim fix. She shared that they are really in a data-collecting stage right now, waiting to see what happens with COVID-19 and whether or not campuses will even open in the Fall.

While it’s nice to see Tim Cass on the video expressing USTA’s concern about what’s happening to college tennis, I’m still waiting for our governing body to actually DO SOMETHING to stop the bleeding and preserve college tennis as a pathway for junior players.

What’s going to happen to the tennis courts – both indoor and outdoor – once a college cuts its program? Who will be responsible for the upkeep or will they just go the way of the 1996 Olympic tennis facility in Stone Mountain, GA?

I have other ideas that might help US juniors find spots on college tennis rosters. As a member of the committee which ranks the Top 25 DI teams for USTA, I have been suggesting for several years that USTA include rankings for the other 4 divisions (DII, DIII, NAIA, JUCO) as well. To date, that hasn’t happened. By shining a light on the top programs in these other divisions, USTA would do a great service to its constituency, most of whom would be better-served playing at a school outside the Top 25 DI programs. If parents, players, and even junior coaches aren’t aware of the amazing schools out there, there’s little hope they will reach out to those college coaches during the recruiting process, leaving the school no choice but to look internationally to fill its roster.

USTA could also allocate funds to colleges in need of new or improved facilities. If a college invests in its tennis infrastructure, meaning actual tennis courts, maybe then those courts can be used in a meaningful way by the surrounding community to play on, hold clinics and tournaments, and become an integral and necessary piece of the local landscape.

Let’s be honest here. If college tennis as we know it goes away, what happens to US Junior Tennis? If there are no college tennis scholarships dangling as proverbial carrots, will families invest the necessary money and time for their children to go through the entire Junior Development process? Will families even choose to introduce their kids to tennis at all? What does that mean for junior coaches, facility owners, tournament directors, and equipment manufacturers? I will address these questions in a follow-up article over the next few days.

The future of college tennis is in our hands.