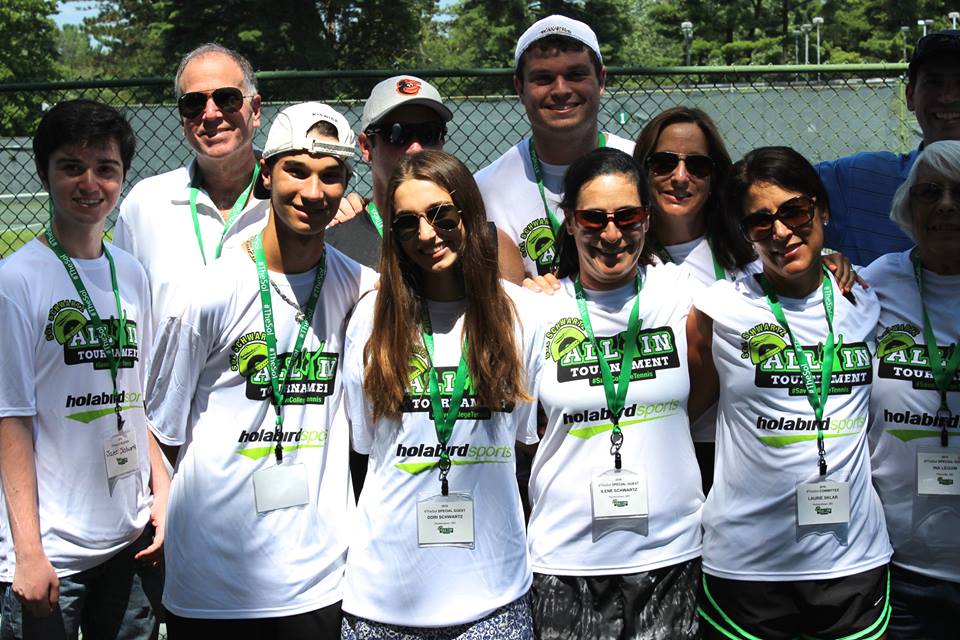 One year ago today, I got a phone call from my friend, Melanie. Usually, when Melanie calls, it’s to chat and catch up on our kids and our lives. Not this time. This time, Melanie called to deliver some devastating news: that our dear friend, Sol Schwartz, had died.

Sol’s sudden death took everyone by surprise. This man was the poster boy for fitness and healthy living. He worked out religiously, ate well, avoided drugs and alcohol completely, and was one of those people who spread good karma wherever he went. To say he was beloved is an understatement as evidenced by the SRO at his funeral and the fact that his long-time place of employment, Holabird Sports, actually closed shop for the day to honor his memory.

So, now a year has passed and a lot has happened. Sol’s daughter graduated from high school and started her first year in college. Sol’s son is thriving on his high school baseball team. Sol’s wife has surrounded herself with friends and family who are helping her live in a world without her husband. And, we, Sol’s friends, have found many ways to remember him and share his legacy.

For me, that way is #theSol junior tournament.

I won’t repost the details of our first #theSol event (you can click here to read about it), but I do want to talk about what the tournament looks like as we move into Year 2.

Because of the success of our first go ’round, we were able to secure additional sponsor money – HUGE thank you to 10sballs.com! – to kick off our next round of events. UTR is continuing to be a major part of the tournaments and has helped connect me with tournament directors in various cities who will be hosting their own #theSol tournaments in 2017.

The first confirmed event will be played at Georgia Gwinnett College just outside Atlanta July 17-19, 2017 with tournament director David Stolle running the show alongside GGC head coach Chase Hodges. David runs numerous UTR events throughout the year, so I feel good about putting #theSol in his very capable hands!

We are hoping to have Sol’s tournaments in the Baltimore area, one in Florida, and one in Texas, but those events are still in the negotiation phase as we work to secure venues and dates. Of course, as we nail down the details, I will share them here and on the ParentingAces social media outlets, so please keep these tournaments on your radar as you plan your junior player’s schedule for the remainder of 2017.

We are working to attract additional sponsors so we can continue to provide a top-notch tournament experience to the players and their families. My goal is to have #theSol be a true reflection of all that Sol wished for junior tennis. It’s a tall order, but I’m confident in our small but highly dedicated committee and the tournament directors who have expressed an interest in being part of this special series.

It looks like we have found a way to continue Sol’s work to #SaveCollegeTennis as well. We will be establishing a fund – using some of the sponsor dollars and net proceeds of the events – through a 501(c) non-profit organization that will award grants to college tennis programs at risk of being cut. I was hoping to partner with the ITA on this part of things, but there are too many hurdles for that to happen this year. Maybe in future years we will be able to conquer those hurdles and work with the governing body of college tennis – I think it’s a partnership that makes perfect sense.

As is fitting, I spent my morning playing tennis, wearing my Holabird long-sleeve that Sol included as a little treat in an order he filled for my son shortly after we first met. For the record, I won my match which, I’m convinced, had as much to do with my Forever Cheerleader Sol as it did with any so-called skill I exhibited on the court. Like all who had the privilege of knowing Sol, I am missing my friend today.

In my religion, we remember and honor those who have left us on the anniversary of their death. It’s called observing yartzeit, a Yiddish word equivalent to yor year + tsayt time. Today, I am remembering and honoring Sol by sharing him with all of you. I hope you will help me continue to honor him by participating in #theSol events, either as a participant or sponsor or volunteer, and by supporting your local college tennis teams. I will be cheering on my favorite team this weekend and will know that Sol is smiling down as he watches his legacy live on.