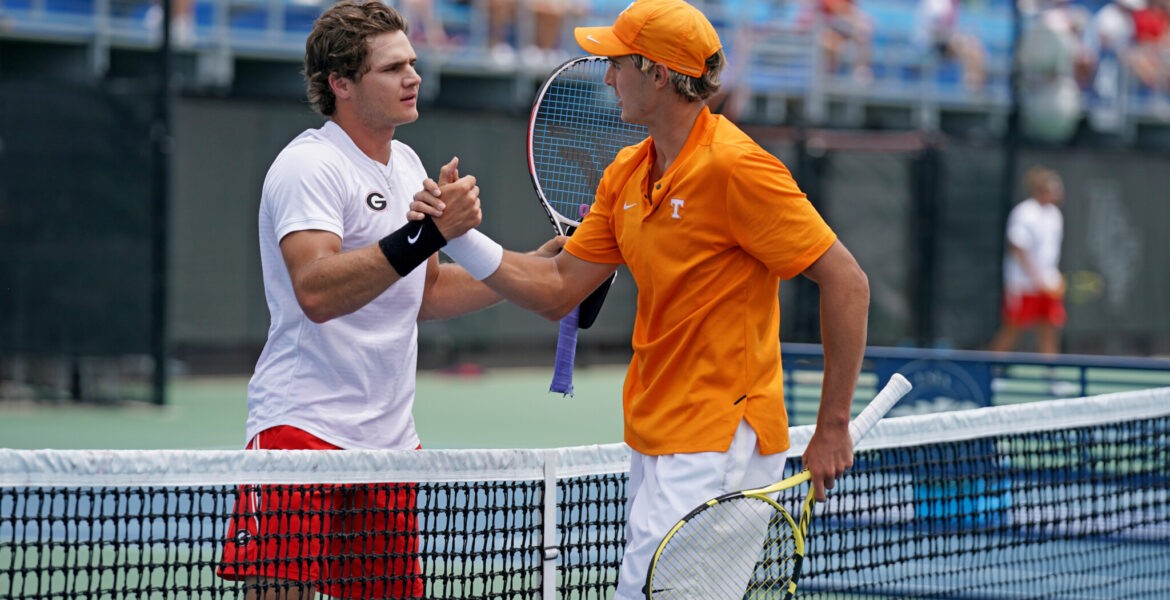 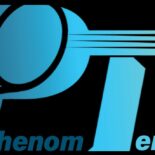 Today was the men’s turn to play their quarterfinal matches at the USTA National Campus in Orlando. Thank you to USTA and NCAA for the match insights and photos! You will be able to watch the remainder of the team event on Tennis Channel starting with tomorrow’s semifinals as follows: Women’s Semifinal at 5:30 p.m. and Men’s Semifinal at Not Before 7:30 p.m. – on Saturday Tennis Channel will broadcast the Women’s Final at 5:30 p.m. and the Men’s Final at Not Before 7:30 p.m. (all times Eastern).

The No. 3 Tennessee Volunteers reached the semifinals of the NCAA DI Men’s Tennis Championships, knocking off SEC foe No. 11 Georgia, 4-1.

Georgia took an early advantage, winning the doubles point, despite Tennessee winning at No. 1 doubles in a matchup of ITA Top 10 doubles teams in Tennessee’s Adam Walton and Pat Harper and Georgia’s Trent Bryde and Tyler Zink.

Andrew Rogers won on the No. 6 court to bring the Volunteers within one win of moving on and super senior Luca Widenmann sealed the deal with a 4-6, 6-2, 6-3 win at No. 4 singles to send Tennessee to the semifinals.

When asked how it felt beating a fellow SEC rival, Tennessee Head Coach Chris Woodruff replied, “It feels good. Manny [Diaz] and I, we go way back and this is really where he does his best work. And I told the team that this is going to be a different Georgia team than when we played them there. You don’t win five or six national titles like he has without getting your guys good and relaxed, and I thought they did a great job of coming out in the doubles and getting out on top of us and swinging … This is a rival. It’s going to be like today. There are ebbs and flows. We’re just happy to advance and [be] moving on.”

The No. 2 Baylor Bears advanced to the semifinals at the NCAA DI Men’s Tennis Championships, defeating Big 12 rival No. 7 TCU, 4-1.

Baylor won the doubles point, which came down to a tiebeaker on the No. 3 court, as Charlie Broom and Finn Bass prevailed 7-6(5).

Baylor took command of the match, winning four of the opening six singles sets, led by Sven Lah who quickly wrapped up his match at No. 3 singles, winning 6-3, 6-1.

Spencer Furman clinched the win with a 7-5, 6-1 win on Court No. 6 to send the Bears to the semifinals.

The No. 4 Texas Longhorns won another thrilling 4-3 match, this time knocking off the No. 12 USC Trojans to advance to the semifinals at the NCAA DI Men’s Tennis Championships.

Texas won the tightly-contested doubles point, prevailing 7-6(4) at No. 1 doubles to secure the early 1-0 lead.

USC’s Stefan Dostanic would tie the match at 3-3 but Texas sophomore Cleeve Harper earned a late service break and eventually closed out a 6-4, 3-6, 7-5 win to send the defending national champions back to the semifinals.

Florida and Texas A&M are in a late-night battle for the final spot in tomorrow’s Men’s Semifinals. At the time of publication, Florida leads 3-1 after losing the doubles point then storming back with singles wins on courts 2, 4, & 5. The remaining courts are in 3rd sets with Florida serving at 1-2 on Court 1, Florida serving down 0-3 on Court 3, and A&M serving to start the final set on Court 6. Updates as soon as the match is complete.