Good News From the Juniors, Day 12

Big News Down Under, Day 13 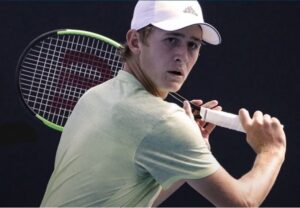 His father’s accomplishments on the tennis court aside, American Junior Sebastian Korda (UTR 14.39) is making a name for himself in Melbourne this week. He has battled his way through a very tough draw to reach the Junior Boys Final which will be played tonight.

Sebastian will be graduating high school this year and is a Blue Chip Recruit – number 3 in his recruiting class, to be exact – according to TennisRecruiting.net. He is also ranked 7 in the world in the ITF Junior rankings. Though he has not officially turned pro, I suspect it’s on the horizon since he also hasn’t committed to any college program to date. You can read more about this young man here.

Here’s the rundown for Americans from Day 12:

Here’s what’s on tap for Americans and Collegians today:

You can see the full draws here as well as on the Australian Open App. Matches continue to be aired live in the US on both the Tennis Channel and ESPN2 as well as streaming on the ESPN app.