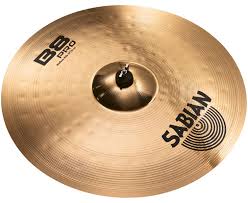 My husband and I rarely go out to movies anymore. With a DVR, Pay-Per-View, and AppleTV, there really isn’t much need. But, after hearing from multiple friends and family members about the movie Whiplash, we decided to bite the bullet and spend the small fortune required these days for movie tickets. It was money very well spent!

For those who haven’t seen the movie yet, I won’t spoil it for you. Suffice it to say that, in very general terms, it’s about a teenage drummer who is aspiring to be the Next Big Thing in Jazz and is enrolled in a very prestigious music school. The most famous – and feared – instructor at the school is Terence Fletcher, a man whose gentle looks are the very definition of deceiving. The following is an exchange between Fletcher and his student, Andrew Neyman (please pardon the extreme obscenities):

Terence Fletcher: I told you that story about how Charlie Parker became Charlie Parker, right?
Andrew Neyman: Yup, Jo Jones threw a cymbal at his head.
Fletcher: Exactly. Parker’s a young kid, pretty good on the sax. Gets up to play at a cutting session… and he fucks it up. And Jones nearly decapitates him for it. And he’s laughed off-stage. Cries himself to sleep that night but the next morning, what does he do? He practices. And he practices and he practices with one goal in mind: never to be laughed at again. And a year later, he goes back to the Reno… and he steps up on that stage and he plays the best motherfucking solo the world has ever heard. (beat) So imagine if Jones had just said, “Well, that’s okay Charlie. Eh… that was alright. Good job.” Then Charlie thinks to himself, “Well, shit. I did do a pretty good job.” End of story, no Bird. That, to me, is… an absolute tragedy. But that’s just what the world wants now! People wonder why jazz is dying. (beat) I’ll tell you man. And every Starbucks “jazz” album just proves my point, really. There are no two words in the English language more harmful… than “good job.”

Okay, so this exchange really stuck with me long after the movie ended. “There are no two words in the English language more harmful than ‘good job’.”

I have this conversation a lot with fellow Tennis Parents, with coaches, with my husband . . . what is the line between encouraging/urging greatness in our children and sending them over the edge, emotionally, with our words and actions? What is the difference between pushing and abuse? What if a “good job” is the best they can do? What if it isn’t?

My son has worked with coaches who have let him get away with a “good job,” and he has worked with coaches who haven’t, who have pushed and pushed and pushed until he dug down to the furthest depths of his abilities and produced something he didn’t know he had inside himself. The first time that happened was in Mallorca at Global (click here to read my posts on that experience). I wasn’t there which was probably the best thing that could’ve happened. I’m not sure I could’ve sat there and watched my son be pushed to his extreme edge without going into Momma Bear mode and giving the coach a piece of my mind.

However, hearing after the fact from my son how valuable that pushing was to him made me realize that my instinct to protect might not always be in his best interest, especially when it has to do with tennis or school or even social situations. And setting the bar to “good enough” wasn’t in the least bit good enough. I needed to expect more because he was capable of delivering more.

When my son worked with Craig Cignarelli for the first time, I sat courtside as Craig pushed my son, albeit in a much different manner than he had experienced in Spain. It was hard to watch at times – I could see the frustration building in my son’s face – but I knew that my son knew he had more to give, that he was willing to – actually, thriving on – the process of seeing himself reach higher, dig deeper, and find that next level. Craig wasn’t going to let him off the hook, wasn’t going to let him get away with “I don’t know.” Craig has the skills to ask the same question 8 different ways until his student is able to understand exactly what is being asked and is willing to wrack his brain to find the answer. Sometimes the answer was a verbal one; other times, it was physical (moving differently, hitting a different shot, trying a new type of spin). Craig wasn’t going to give my son the satisfaction of hearing “Good job!” until he had actually done a great job. And that’s when the magic started to happen.

Don’t get me wrong – I don’t expect my son to wind up being the Charlie Parker of tennis! But, I do think that exposing him to coaches who know enough to demand more from him, to push him beyond his self-imposed limits, to teach him that when it’s so tough you think you’ll collapse and then you find it within yourself to hit one more ball or run one more suicide will be a gift that will continue to shower down on him for years to come.

Our kids don’t always need us to come to their rescue. Sometimes the best thing we can do for them as their parents is to let them find out what they’re made of, to get knocked in the head by a proverbial cymbal and get back up fighting for what’s truly important. Only then can they reach their highest potential.