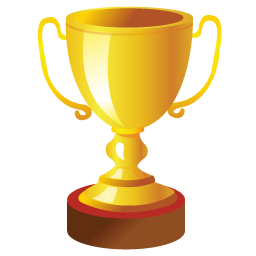 This past Fall, I announced that ParentingAces would be giving out a Best Tournament Director Award to shine a light on those men and women who go above and beyond for the benefit of our junior players. I opened up the nominations back in October and received 21 unique names. Those of you who submitted nominations really took the time to describe the why behind your nomination, and each of the nominees deserves to be recognized for his/her great work. For a while, I considered giving the award to all 21 of them – honestly, they all warrant extensive kudos from all of us! However, after careful consideration, I decided that, since I had dubbed it the “Best,” I should make the difficult decision and choose one overall winner. And so, I give you the 2014 Best Tournament Director(s) . . .

They went on, “We have a great tournament staff. Many who have been with us for 10 years and really want to create a positive experience for kids and parents.  We are fortunate in Mobile to have the financial support and backing of our community and local government to help run quality events.  In sports, we realize that you can’t always please everyone, but we strive and grade ourselves on the following:

The person who nominated the Novaks for the award was pretty definitive that they should be the recipients of this first honor! “Scott and Lorraine are organized, innovative and generous. They are always trying to find ways to improve their tournaments. They handle any problems professionally, are flexible and resourceful and are always willing to listen. Scores are posted promptly and the website provides plenty of information. The amenities they offer, from the clothing to the food to the recreation for players, are top notch. They are able to continually improve their facility and often provide chair umpires (for national tournaments) above what is required. Southern hospitality is alive and well in Mobile.” I would say that’s a glowing recommendation!

So, what does this mean for Scott and Lorraine? Well, for one, they are getting some amazing swag to add value to their tournaments in 2015 from Adidas, Holabird Sports, and Wristpect Sport!. They will also be receiving a banner to hang at the Mobile Tennis Center. And I have sent a press release to various tennis media in hopes that the Novaks will get additional recognition for their outstanding work.

I would be remiss if I neglected to honor the other nominees. They all deserve to be recognized for their outstanding efforts. Hopefully, in future years, this award can be expanded to include multiple recipients. In the meantime, I give you the 2014 Nominees (listed alphabetically):

Congratulations to all the nominees! And thank you to those who took the time to nominate them! I believe it is important that we continue to recognize and thank those tournament directors who make the extra effort to create events that stand out and make us want to keep coming back year after year. Please be sure to support all of these incredible tournament directors in 2015. Well done!