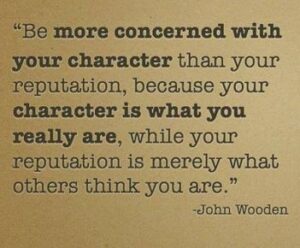 Earlier today, I had the opportunity to take part in a conference call hosted by the USTA. On the call were Martin Blackman, the new GM of Player Development, along with French Open Junior Champion Tommy Paul, Wimbledon Junior Champion Reilly Opelka, and ITF Junior World #1 Taylor Fritz.

Transitioning from the juniors to the pro tour is never a straight-forward process, and success at the junior level doesn’t guarantee success at the professional level as evidenced by these two articles: Girls and Boys. That said, the US looks to be poised to make some noise with our current group of young players. On the women’s side, Taylor Townsend and CiCi Bellis are among the young players knocking on the door. On the men’s side, we have Stefan Kozlov, Jared Donaldson, Frances Tiafoe, Noah Rubin, Tommy Paul, Reilly Opelka, and Taylor Fritz causing quite a stir.

But we have to be careful not to put too much pressure on these young athletes to save our sport. They are, after all, just teenagers with a lot to learn about working alongside and competing against adults. There are temptations out there that sometimes lead even the most level-headed teen astray. Just look at what’s going on with 2 of the top young Australian players right now. I can’t imagine their parents are too pleased at what they’re reading in the newspapers these days.

So I asked Martin Blackman how he and the other USTA coaches are going to protect our young players. Here is his answer: “I will say that from our perspective, one of the things that we talk a lot about as a staff is coaching character first. That may seem like just kind of a feel-good thing to say, but it really translates into the development of a professional athlete in that if you’re going to maximize your potential, you’re going to have to make a lot of very good decisions. You’re going to have to make good decisions about the people you surround yourself with, about your lifestyle, about the choices you make, about when you’re faced with temptation.”

Coaching character first sounds good to me. I hope all junior coaches adopt that same approach, not just in tennis but across the board in youth sports. It’s a great step in the process of developing our next generation of professional athletes and community leaders.

Click here to read the entire transcript from today’s call.