Celebrating the Life of a Tennis Parent 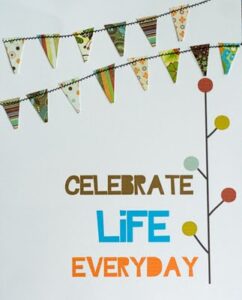 My son has literally known Jessica her entire life. They were babies together in the Fit For 2 classes I taught in my life before ParentingAces. They went to preschool, elementary school, middle school, and high school together. They were each other’s “first date” in 4 year old preschool – a date chaperoned by their dads to see the Atlanta Braves play baseball at Turner Field. For two years, they trained at the same academy in our Atlanta suburb. They were both part of Walton High School’s State Championship Tennis Teams this past spring. And now, they are both heading to California to play college tennis though in different parts of the state.

On Monday, Jessica’s father died. Yesterday, along with several friends and family members, my son and I celebrated his life.

Two years ago, Jack was diagnosed with cancer. I ran into him in our grocery store parking lot shortly after he had gotten the news. We didn’t bump into each other all that often even though we lived walking distance apart, but when we did, we always greeted each other with a hug and a smile. I could tell something was wrong, but I certainly didn’t expect to hear what came out of Jack’s mouth that afternoon. Despite feeling overwhelmed and devastated by what lay ahead, Jack maintained a positive outlook on his prognosis and shared that positivity with anyone who asked how he was doing.

When you hear a diagnosis like that, I guess it’s normal to start thinking things like “I hope he makes it to his daughter’s graduation” and “I hope he makes it to see her play in college.” Jessica is an only child, and Jack loved loved loved watching her play. A few months ago, I saw Jack at our kids’ graduation ceremony. He looked tired. In fact, he had to walk out of the big auditorium and take a seat on a bench outside to get away from the chaos of the event. But, still, he greeted me with a hug and a smile, as he always had. I saw him again a couple of weeks later at a tournament. He looked better than he had at graduation and seemed so happy to be there even though it was a gazillion degrees outside with a humidity level through the roof. For Jack, the joy of seeing his daughter play was all that mattered.

During the Celebration of Life ceremony, I learned a lot about Jack that I had never known. He was a deeply religious man whose faith carried him through treatment and relapses and a final bout with pneumonia. He was a college athlete, a star basketball player at Southeastern University in Florida where he scored a record 1000 points (and that’s before there was such a thing as a 3-point shot!) and where they retired his jersey and where he continued to act as a mentor throughout his life. He was a music lover, especially of 70’s tunes – he could recite the lyrics of pretty much any song from that era – and The Beatles was his favorite band.

Lately, I’ve been doing a lot of wallowing about my impending empty nest. As I hugged Jessica and her mom after yesterday’s service, my heart suddenly got very heavy. Even after my son leaves next week, I’ll have my husband here to ease the loneliness. Jessica is also leaving next week, but her mom won’t have Jack. And, for the first time in her life, Jessica won’t have her daddy in the bleachers cheering for her as she battles on the tennis court. He would’ve loved seeing her play.

The Beatles’ Let It Be ended yesterday’s service. It was a fitting end to the celebration of this gentle man’s life.