Catching Up with Players at US Open Juniors 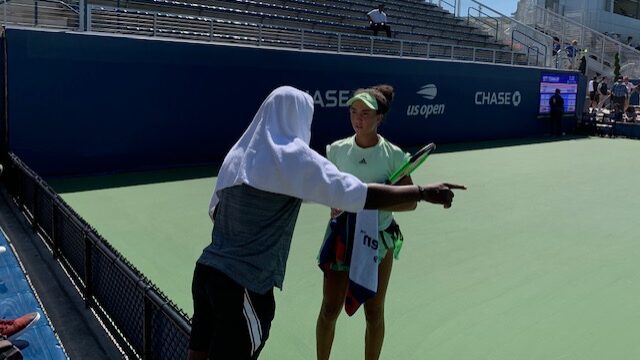 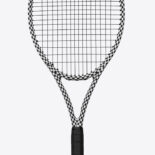 After waking up yesterday to a 5am alarm (ugh!), I took a flight back to New York’s LaGuardia Airport to spend the rest of the week at the US Open. In addition to (hopefully!) catching a few of the Main Event matches in Arthur Ashe and Louis Armstrong Stadiums, I will be watching and chatting with several of the up-and-coming Junior Players competing at this year’s US Open Juniors.

I arrived on site shortly after Noon yesterday, deposited my suitcase in the Bud Collins Media Center, grabbed the day’s Schedule of Play, then made my way throughout the grounds of the Billie Jean King National Tennis Center to watch some tennis. The first two familiar faces I saw were Colette Lewis of ZooTennis and her husband, Paul, neither of whom I’ve seen since last year’s Open. It was nice to see them, and I’m sure we’ll be playing a little catch-up between matches!

Because of Monday’s extensive rain, there were 64 Junior singles and doubles matches on the schedule yesterday. That’s a lot of tennis to cover! I felt like one of those water bugs that darts across the surface of a pond as I watched a few games of one match before heading to the next one. My goal for the day was to lay eyes on an many Junior Players as possible – mission accomplished!

As Colette reports in her latest ZooTennis piece, there were plenty of upsets in the Junior Draws over the course of the day (though Grigor’s win over Roger in the Men’s Draw is the only one making the news!), including the ousting of Girls Top Singles Seed – and Girls 18s National Hardcourts Finalist – Emma Navarro (US) by Oksana Selekhmeteva of Russia. The doubles saw a few upsets as well with the Boys 2 seeds, Martin Damm and Toby Kodat (both US) losing in a Super Tiebreak to Andrew Paulson (Czech) and Alexander Zgirovsky (Bel).

I had the opportunity to sit down with several of the players yesterday including 2019 Easter Bowl Champion Ronnie Hohmann who is the focus of this week’s podcast. For our Premium Members, you can watch that interview here. For all of you, please enjoy my interviews with Girls 16s National Hardcourts Champion Reese Brantmeier as well as Girls 18s National Hardcourts Doubles Finalists Gabby Price and Katrina Scott below. Both Reese and Katrina are still in the Singles. Reese is on today’s schedule, and Katrina will play again tomorrow.

For all the draws and schedule of play, visit usopen.org.