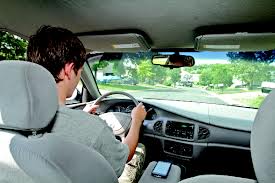 This past weekend was another giant step in my Tennis Parent Journey.  My son drove himself to a tournament.  Out of town.  About 2 hours from home.  While my husband and I were at a family reunion out of state.

Now, before you start thinking I am totally out of my mind, please know that I enlisted the support of a Fellow Tennis Mom to be on call for my son.  She and her son were staying at the same hotel as my kid.  She was in charge of checking my son into his room and making sure he had his key.  Her son was playing in the same age division as my kid.  And the boys go to school together.  (And I now owe her a very nice bottle of wine!)

As my husband and I left our house and headed to the airport, I made a mental list . . . Had I reminded my son to text us each time he got behind the wheel of the car?  Had I reminded him to take an extra pair of contacts?  Did I tell him enough times that NO ONE was allowed in his hotel room except himself?  I will admit the whole thing had me pretty nervous!

And, it didn’t help matters that, once my husband and I arrived at my aunt and uncle’s ranch outside of Houston and said our hellos to numerous family members, everyone decided to share stories of their high school escapades and the parties they threw when mom and dad weren’t around.  Ack!

I think I’ve written before about how much trouble my son has waking up in the morning – he doesn’t hear his alarm most of the time, and it typically takes about 3 tries before I get him to open his eyes and acknowledge my presence.  The fact that he had an 8am match on Saturday morning had “disaster” written all over it.  That meant a 5:30am wake-up and a 7am warm-up, all without a parent or coach there to nudge him when the alarm started blasting Imagine Dragons loud enough to wake the entire hotel (but probably not loud enough to stir him out of his deep sleep).  I spent a restless night worrying whether or not I would get a panicked phone call that he had overslept and had to default his first round.

I’m pleased to report that he DID wake up, DID make it to his warm-up, and DIDN’T have to default.  He played a tough match that didn’t go his way, but then he picked himself up and got ready for the backdraw, all without me there to comfort him or take him to get lunch before his next match.

My baby is growing up.  He’s way more capable than I give him credit for, even calling me on his way back to Atlanta to find out if he should pick up something for dinner for his dad and me since we would be arriving later that night.  It’s a big relief to realize he was/is up to the challenge of taking responsibility for his tennis and his tournament play.  I’m not sure I’M ready to relinquish all responsibility just yet, but it sure is good to know that my son can handle things on his own, at least from time to time.  And, I think I only grew a few more gray hairs this weekend!